Revealed: Doctors are the highest-paid workers in EVERY state in the nation

The short answer: Become a doctor.

Researchers at HowMuch.net analyzed data from the U.S. Bureau of Statistics to reveal which jobs earn the most in every state, finding that doctors of varying specialties lead across the nation in salaries.

Whether it’s an anesthesiologist in California, a surgeon in Maine, or a podiatrist in Hawaii, doctors of all kinds are the best-paid profession, based on annual mean wages.

Other high-paying professions didn’t make the list because researchers based their analysis on large groups of people. For example, the handful of high-paid Hollywood actors were offset by lower-paid actors and movie industry professionals. 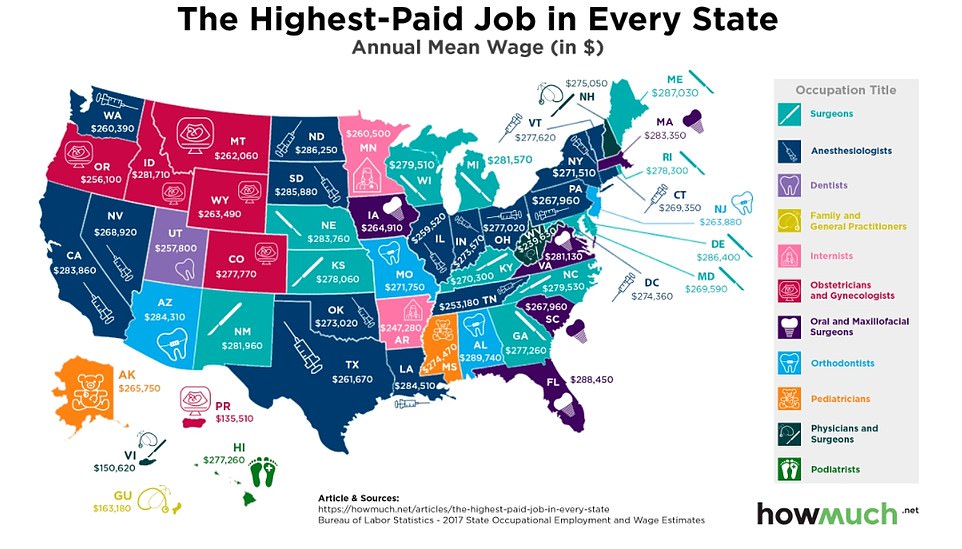 This map illustrates the highest-paid job in every state in the nation. Doctors of varying specialties top the list in every single state

The map by HowMuch.net reveals minimal differences in incomes from one state to the next, with average pay varying from $250,000 – $290,000 – meaning the key factor in how ‘rich’ a doctor feels may have a lot to do with the cost of living in their home state.

For example, a California anesthesiologist makes roughly $7,000 more than one in Ohio, but he or she would likely pay tens of thousands more each year for housing.

The trends were somewhat regional, with obstetricians earning the most in the west (Oregon, Idaho, Montana, Wyoming and Colorado), and Oral and Maxillofacial surgeons making high salaries in the east (Massachusetts, Virginia, South Carolina and Florida – as well as Iowa in the Midwest). 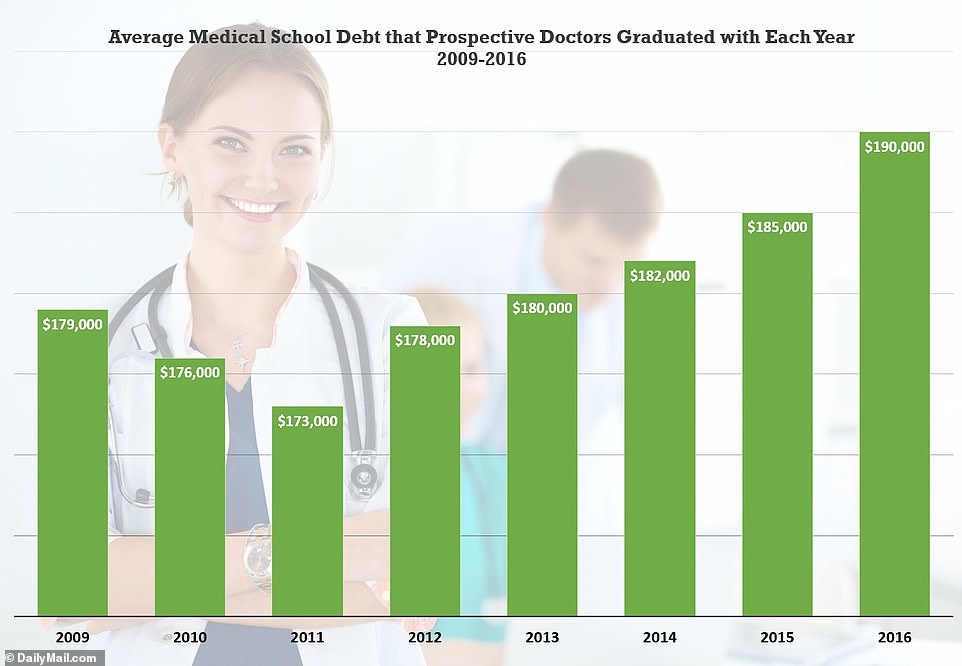 This chart illustrates the average amount of debt that medical students graduated with in 2009-2016, according to the American Association of Medical Colleges

It’s worth noting that doctors’ salaries can be deceptive, as they spend more time on their education, including residency, than any other profession – often racking up high amounts of student debt.

The American Medical Student Association estimates that 86 percent of all graduates in the medical field carry student loans.