Man, 29, ‘swallows heroin retrieved from his own anus after hiding the drug there during strip search’ 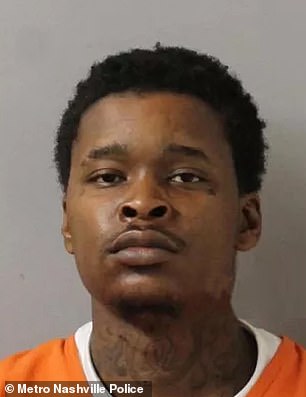 Kadeem Wilkins, 29, is accused of swallowing at least one baggie containing heroin, which he had previously hidden in his anus

A man has been arrested in Nashville after police say he was observed swallowing drugs he had retrieved from his own anus, where he had previously stashed the contraband during a strip search.

On April 30, police were staking out the parking lot of Santorini restaurant when they spotted 29-year-old Kadeem Wilkins talking to two women and then getting inside his van.

Because one of the women was known to have an outstanding felony warrant out for her arrest, officers pulled over Wilkins’ vehicle, as Scoop Nashville reported.

Detectives tried to conduct a strip search, but Wilkins allegedly resisted, prompting them to obtain a warrant to search his body cavity. 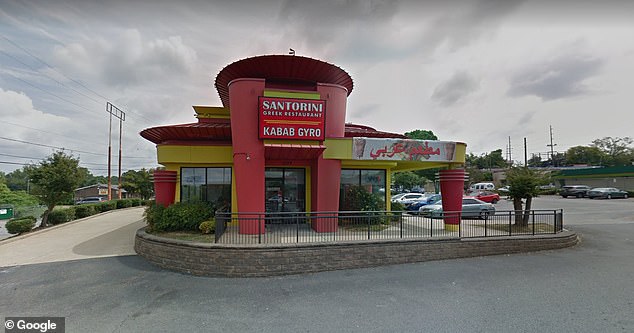 Wilkins was then taken to Metro General Hospital, where a doctor agreed to carry out an exterior search only, which consisted of spreading the man’s butt cheeks. The maneuver, however, failed to produce any drugs

Wilkins was booked into the county jail on charges of possession of marijuana, a strip of the prescription painkiller Suboxone and drug paraphernalia.

During the transport, officers allegedly observed Wilkins again reaching into the back of his pants.

Before they had a chance to conduct a second strip search, multiple baggies, including one containing a white rock substance believed to be crack cocaine, fell out of Wilkins’ underwear.

As officers scrambled to collect the evidence, Wilkins allegedly put up a fight, grabbed at least one baggie that he previous had stashed inside his anus and swallowed it.

The suspect was taken back to the hospital, where he told a nurse that he ingested heroin. The 29-year-old stayed at the facility to wait for the drugs to emerge from his body the natural way.

He was finally booked into jail Sunday on charges of resisting arrest, drug paraphernalia, assault of an officer, bringing contraband into a penal institution, felony tampering with evidence, and possession of cocaine with intent.

Wilkins remained behind bars on Tuesday on bonds totaling $63,000.

Records indicate that Wilkins has a lengthy criminal record in Tennessee dating back to at least 2012, which includes a laundry list of charges related to drug and marijuana possession, along with counts of domestic assault, false imprisonment, forgery of auto title and probation violation.

He was most recently arrested in January on charges of theft, and possession of weapons, marijuana, drugs and drug paraphernalia.