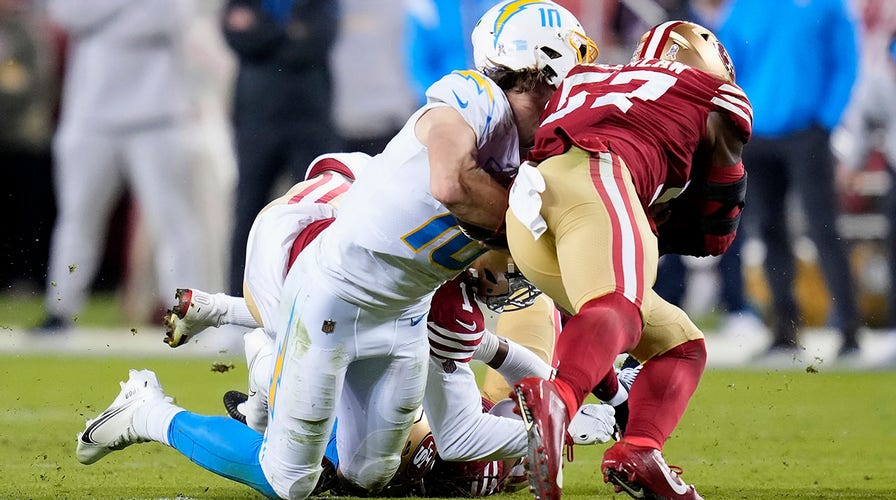 San Francisco 49ers linebacker Dre Greenlaw was ejected from Sunday’s game against the Los Angeles Chargers for the hit he leveled on quarterback Justin Herbert, and it didn’t appear to sit well with coach Kyle Shanahan.

The play occurred in the second quarter. Herbert scrambled on 3rd-and-6, picking up the first down, and Greenlaw hit him high as Herbert was tackled from behind. Herbert was left a little dazed and taken out for the remainder of the quarter while Greenlaw was hit with an ejection. 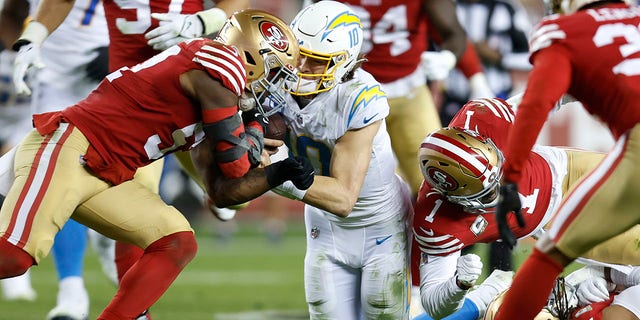 Herbert was replaced by Chase Daniel but came back in for the second half. The 49ers would pick up the win, 22-16.

The Greenlaw hit was a talking point after the game.

“It kind of actually blew my mind,” Shanahan told reporters, via ESPN. “I understand the penalty. I totally get that right at the third down marker, he was lowering his shoulder, but I have got to learn what that is. I get how it is with penalties and stuff because I think he did hit his helmet. …

“But I thought there had to be intent and something unnecessary, and that was a big play right there. For us to lose Greenlaw for the whole game off that, that really shocked me. So, hopefully they can teach us that so we can understand why we lost one of our players.” 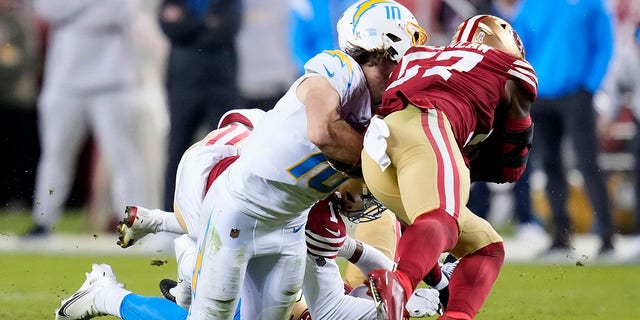 NFL Vice President of Officiating Walt Anderson was quizzed after the game about the call. Anderson said it was the officiating office that ultimately decided to eject Greenlaw.

“What the officials had was a flag for a player lowering his head and making forcible contact and Rule 19 allows us, when a flag is thrown, to examine the play and if we feel the action is flagrant then the rule allows us to disqualify the player and that’s what we determined. It was a flagrant act,” Anderson said, via Pro Football Talk.

“The timing, the manner in which the player had an opportunity to make other choices and to make a different decision. Those all go into factoring whether something is flagrant. Those are just some of the factors that are considered. The runner was a downed runner. He was already down by contact. That certainly plays into taking a look at the actions taken by the defender. If he had other choices in terms of his actions, we felt like the actions he took were flagrant in nature and that was the reason for disqualification.” 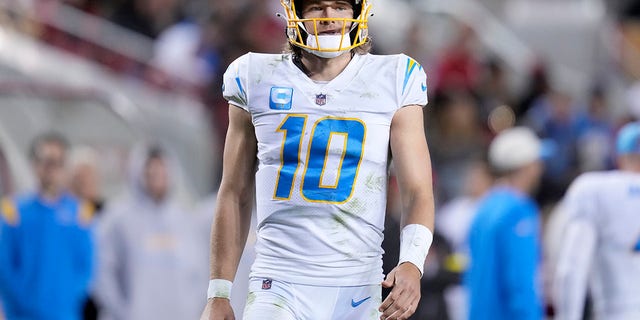 Anderson said it would have been the same result if it had been some other position handling the ball.