83% of Americans say the economy is ‘poor or not so good’ under Biden and just 27% think they can improve their financial situation, according to another dire poll for the White House

Americans continue to register bleak assessments of the state of the U.S. economy, with a majority stating pessimistic views of their own situation as well as the overall national picture.

A combined 83 per cent of Americans now say the state of the economy is either poor or not so good, according to a new Wall Street Journal-NORC poll released Monday.

That is more than three times the number who say it is excellent or good.

It all comes at a time of record inflation – but also near record low unemployment, while President Joe Biden is calling inflation his highest priority while his party faces a reckoning on Election Day this fall.

More than a third of the country, 35 per cent, are not satisfied with their own financial situation – a record going back 50 years. 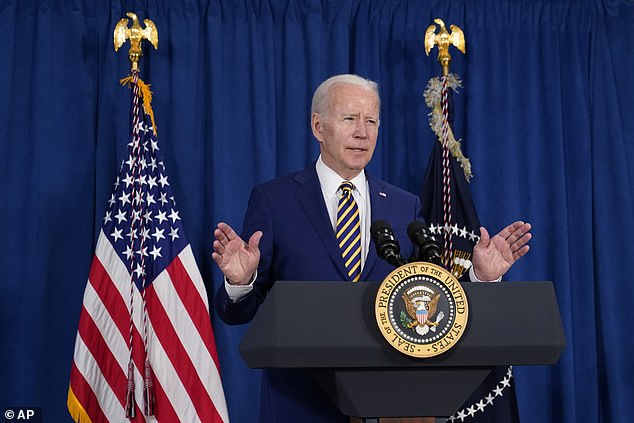 Thirty-eight per cent of Americans in a new survey said their financial situation had gotten worse in the past few years, as President Joe Biden calls tackling inflation his top priority

Thirty-eight per cent said their financial situation had gotten worse in the past few years.

The concerns have also impacted people’s views about the future, with only 27 per cent saying they have a good chance of improving their living standards. That constitutes a steep 20-point drop from just a year ago – when jobs were coming back even amid supply chain problems as the nation sought to climb out of economic consequences of the pandemic.

A plurality of 46 per cent said they don’t have a good chance of improving living standards.

A 40-year high of inflation appears to be having a strong pull on consumers’ economic assessments. Biden blames it in part on ‘Putin’s price hike,’ with the White House pointing to gas price spikes since Putin’s February invasion of Ukraine. 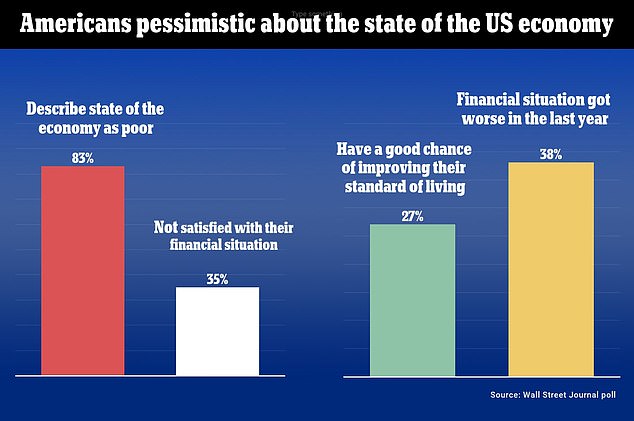 The new poll contains bleak assessments about the state of the economy and people’s personal economic situations, even with unemployment at near record lows 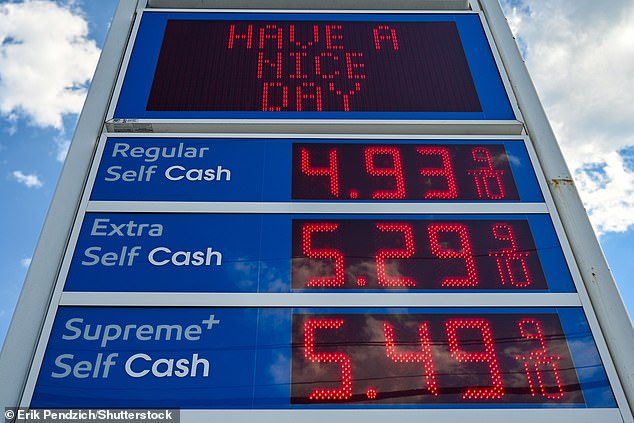 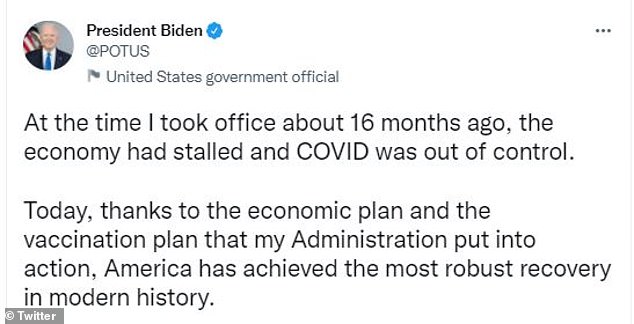 President Biden is defending the economy, with his own approval ratings down

The war is also having an inflationary impact on food prices.

But Biden has increasingly be focusing his public comments on inflation, with Republicans elevating the issue in the run-up to the November elections.

The White House pushed back against the article. White House chief of staff Ron Klain retweeted comments by a Bloomberg Opinion columnist, Conor Sen, who wrote: ‘I would take the economy of 2022 over any economy since 2001 other than maybe 2017-19, but even there I think the outlook is better now than any time before.’

Biden issued his own defense of the economy he leads on Twitter.

‘At the time I took office about 16 months ago, the economy had stalled and COVID was out of control. Today, thanks to the economic plan and the vaccination plan that my Administration put into action, America has achieved the most robust recovery in modern history.’