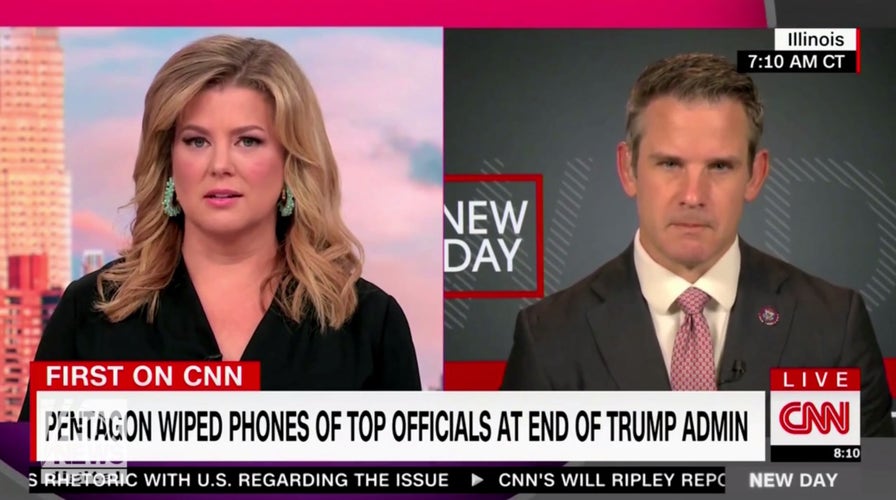 Rep. Adam Kinzinger, R-Ill., took Democrats who have boosted “election deniers” to task on Wednesday, saying they “own that” if the Republicans they’ve backed wind up in office in spite of their lofty pro-democracy rhetoric.

“Don’t keep coming to me, asking where are all the good Republicans that defend democracy, and then take your donors’ money and spend half a million dollars promoting one of the worst election deniers that’s out there,” he told CNN. “I mean, the DCCC needs to be ashamed of themselves.”

Kinzinger’s remarks came after John Gibbs, who has embraced former President Trump’s 2020 stolen election claims, defeated Rep. Peter Meijer, R-Mich., in Tuesday’s primary in Michigan’s Third District. Gibbs was boosted by the Democratic Congressional Campaign Committee (DCCC) in his effort to unseat Meijer, one of the 10 House Republicans who voted to impeach Trump in the aftermath of the Jan. 6 Capitol riot.

If Gibbs is elected in November, “the Democrats own that,” Kinzinger said. “Congratulations.”

“There are also people that say, ‘Well, this is just politics.’ How cynical that is, and I think that’s why Americans are just sick of both parties, to be honest with you,” Kinzinger said.

Some House Democrats have also attacked the DCCC and other Democratic-affiliated groups for meddling in GOP primaries in an effort to get their candidates in a one-on-one matchup with what they view as a less electable Republican. Democrats have pulled similar maneuvers like they did in Michigan for Trump-backed candidates across offices in states like Maryland, Colorado, California and elsewhere.

“We cannot credibly defend democracy and then prop up candidates who are an existential threat to the very democracy that we’re defending,” Rep. Ritchie Torres, D-N.Y., told ABC’s “This Week” on Sunday.

Numerous liberal media outlets have attacked Democrats as playing a cynical and even dangerous game as well. From CNN to the Washington Post to MSNBC to USA Today, Democratic-friendly journalists are irked that they’d elevate those pushing “The Big Lie,” the moniker often used for Trump’s claims that President Biden won a stolen race.

“The actions of Democratic campaigns and committees — meddling in Republican primaries to try to ensure election deniers wind up as the party’s nominee so they can run against supposedly weaker candidates — suggests that all of those pledges about democracy are mere words, not borne out by action,” CNN’s Chris Cillizza wrote.

Kinzinger is retiring after this term ends. He is one of two House Republicans on the Jan. 6 investigative committee and one of Trump’s most vocal critics in the party.