New York City Mayor Eric Adams on Monday rejected calls from a Brooklyn bishop who was robbed mid-sermon of $1 million in jewelry for special gun permits for members of clergy.

During an unrelated press conference announcing the expansion of the city’s speed camera program, Adams listened to a reporter’s question about Bishop Lamor Miller-Whitehead’s recent call for pastors and other members of clergy to be armed in the Big Apple. The reporter noted how Miller-Whitehead, who himself has a past of grifting and served prison time for theft and grand larceny, had suggested criminal records should not be considered in issuing special gun permits for clergymen and women.

“Do you think it’s a good idea that like clergy should get a special dispensation when it comes to gun permits?” the reporter asked from off-camera.

Adams responded flatly, “No.” The mayor laughed briefly and then immediately left the podium to listen closely to another question from someone else about outdoor dining lawsuits in the Big Apple before returning to the microphone. Miller-Whitehead is a longtime friend to Adams. 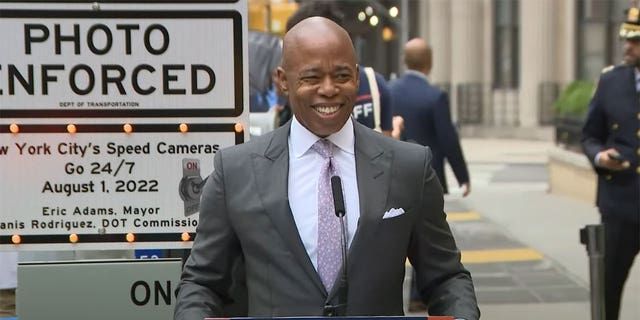 At a press conference of his own Friday outside Leaders of Tomorrow International Ministries in Canarsie, Brooklyn, Miller-Whitehead had called on state legislators to pass a law allowing clergy to carry guns to protect themselves and their congregations.

“They need to pass a law expeditiously that pastors of houses of worship — anyone on the ecclesiastical staff — need to be able to have permits for firearms,” he said. “If the teachers can have it, we should be able to have it.”

“No matter if we have a record, it should be exempt,” Miller-Whitehead added. “So we should be able to bear arms as the Constitution says.” 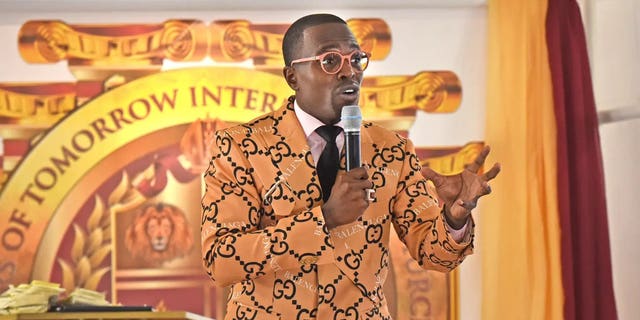 This comes after police estimated Miller-Whitehead lost an estimated $1 million-worth in jewelry when three masked gunmen barged into his church while he was delivering a live-streamed sermon on July 24. On Sunday, the Gucci-clad bishop, known for his love of high-end designers, bizarrely reenacted the crime for his congregants, sprawling his body out on the floor for dramatic effect, according to the New York Post. He has also denied that he was sensationalizing the heist for any purported insurance scam. 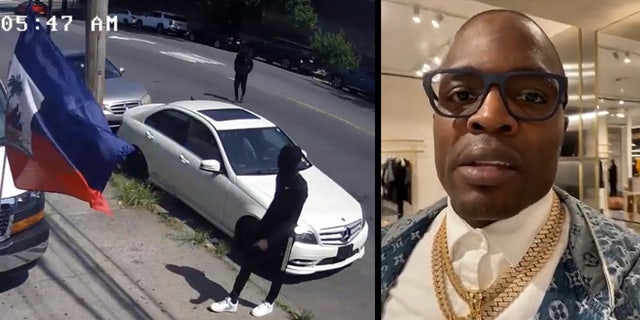 During his press conference Friday, Miller-Whitehead pointed to President Biden and Democratic New York Gov. Kathy Hochul to do more to protect houses of worship, especially in areas like New York City where gun violence has been surging.

“I’m calling on every elected official that has power to protect houses of worship,” Miller-Whitehead said. “We need protection. We need you to sympathize with us. We don’t get the luxury of having firearms. All we’re asking is help us protect ourselves. Pass a law where we can carry our firearms, because this gun violence has gone to a new level.”

New York has some of the strictest gun control measures in the nation. In June, Hochul called a special session of the state legislature after the Supreme Court delivered what was considered a Second Amendment victory, ruling that New York state’s restrictions on concealed carry permits were unconstitutional. She and other Democrats, including Adams, decried the decision, arguing it would contribute to even greater gun violence in the state already struggling with crime.