The adult migrant daughter of a couple that had crossed the United States-Mexico border was found dead in the desert by U.S. Border Patrol agents in west Texas on Wednesday.

Her parents were taken into custody after they were encountered by the National Guard near U.S. Highway 90 in Sanderson, US Customs and Border Protection (CBP) said in a statement Friday.

The concerned parents provided the location where they had left their daughter behind. 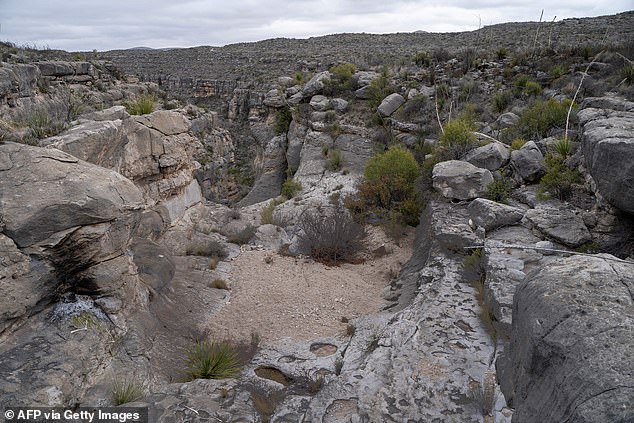 A view of a ravine that undocumented migrants used to enter the United States near Sanderson, Texas. A migrant woman was found dead in the area Wednesday after she was left behind by her parents, according to U.S. Customs and Border Protection

Her death was caused by dehydration, officials said. Her name, age and nationality were not released by CBP.

‘The passing of this young lady is tragic,’ McGoffin said. ‘I would like to stress how dangerous the terrain and weather can be for migrants or anyone in this region.’

Migrant deaths along the 1,954 mile border have increased in recent years. 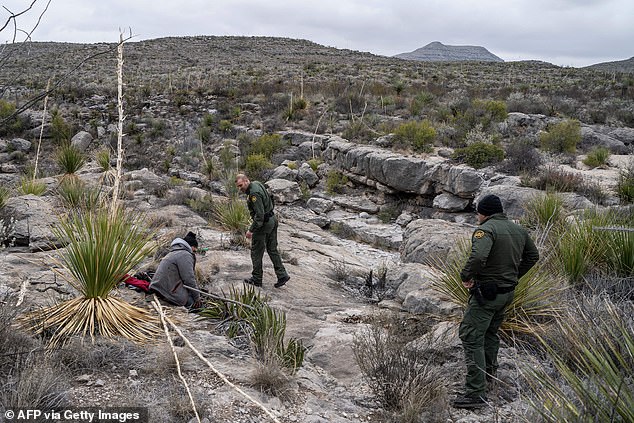 Border Patrol agents approach a man who got injured after crossing a river at the United States-Mexico border and reaching the San Rosendo Canyon on January 30, 2020 near Sanderson, Texas.

At least 650 people died crossing the border in 2021, the most since 2014, when the United Nations’ International Organization for Migration started collecting data on migrant deaths.

Most of the deaths, according to CBP, have been caused by heat exposure.

At least 290 migrants died during the first six months of 2022, including the 53 who died after they were found abandoned in a locked tractor trailer on the outskirts of San Antonio, Texas, on June 27.

At least 32 deaths were registered along the U.S. Border Patrol’s Big Bend Sector, which is responsible for securing 165,154 square miles throughout 77 counties in Texas counties and the entire state of Oklahoma. Agents also cover 517 miles of river front along the Rio Grande.