The U.S. Air Force is testing a system that uses artificial intelligence and drones on its bases aimed at putting a stop to an active shooter.

“The entire idea behind the platform is being able to take a robot and ultimately impede, disorient an active threat on an installation before they can do any more damage,” ZeroEyes Senior Vice President of Government Solutions JT Wilkins, whose company is developing the technology for the government, told National Defense.

The system will build off the company’s AI gun-detection software that is already in use in the security camera system at Ellsworth Air Force Base, South Dakota, which will then be able to deploy drones or robots to combat a potential active shooter.

The drones or robots will use non-lethal means aimed at disorienting a shooter, including sirens and strobe lights. 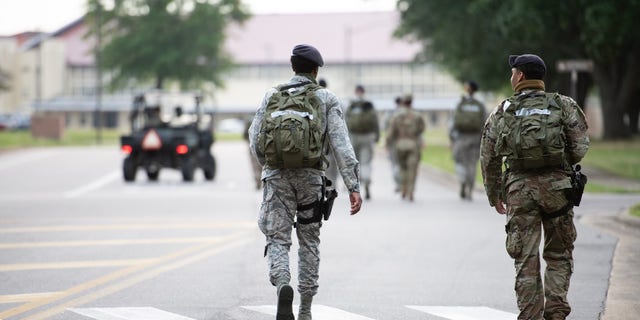 Wilkins said research shows shooters expose their weapons two to 30 minutes prior to firing their first shots, which once detected could give the robots a chance to intervene ahead of a violent incident.

“So that’s ultimately where we want to be able to get these detections out and be able to send a robot to potentially interdict while we’re getting up a squad car from one side of the base to the other,” he said.

But the robots won’t act on their own after detecting a potential weapon, Wilkins said, noting that there will be a human there to review positive alarms.

“You know that every AI is going to throw false positives, and that’s why we put a human reviewer in there to make sure that we can mitigate some of that,” Wilkins said. 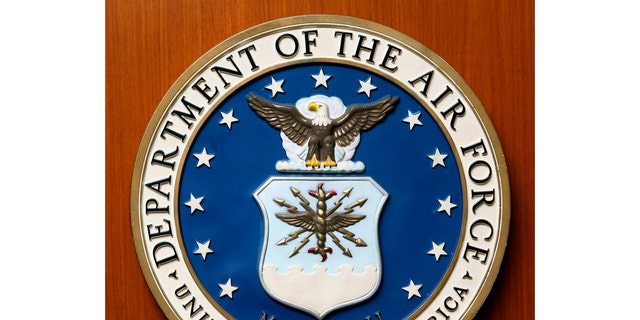 Logo of the Department of the U.S. Air Force. (AP)

After verifying an active threat, the human will be able to release the robot or drone to intervene. The machines will not replace physical security or police, but act as a “force multiplier” that can assist first responders heading to the scene.

The trial period for the system will be 15 months, with Tyndall Air Force Base, Florida, also receiving the AI gun-detection software without the robotic interdiction system.

The news comes after multiple mass shootings have rocked the U.S. in recent months, including one instance in which an armed civilian at an Indiana mall was able to intervene and stop the shooter before he was able to claim more lives.

Watkins said that the ZeroEyes system will not just be limited to government clients, noting that the company has 50 commercial clients and that he expects more businesses to adopt the system once it is fully developed.