Montana officials issued air quality alerts for most western counties due to active wildfires there and in other parts of the region.

“Many active wildfires in western Montana, Idaho and eastern Oregon are putting out smoke that has blanketed much of the state,” it warned.

MONTANA’S NEWEST WILDFIRE QUADRUPLES IN SIZE, BUT SO FAR IS NOT THREATENING HOMES: OFFICIALS

Conditions were expected to improve on Tuesday due to a low-pressure trough, with some isolated showers in southwest Montana. 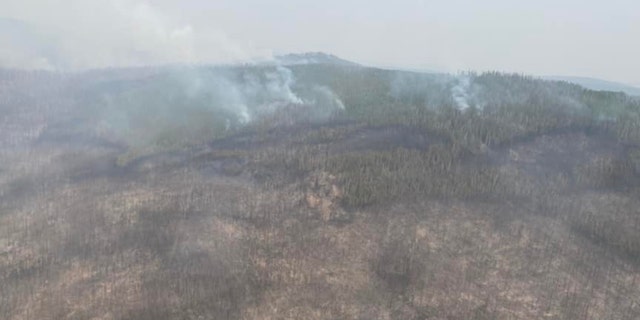 However, due to the amount of smoke and the strength of the trough, air quality impacts would persist throughout the day.

Wildfires in the West caused similar issues in different states, with dangerous levels of particulate pollution detected by government and private monitors in portions of eastern Oregon and Washington, northern California and central Idaho.

In some places, residents were told to avoid all outdoor activity until the pollution cleared. 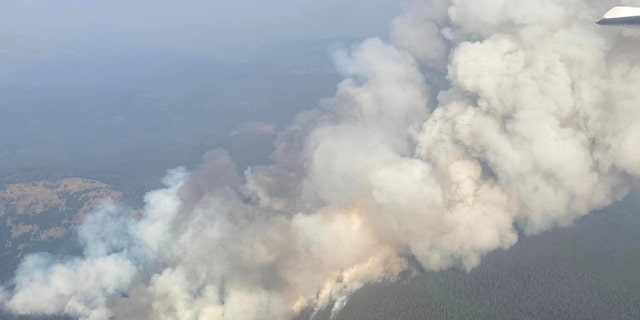 The No Grass Creek fire is located in Powell County.  (Helena-Lewis and Clark National Forest)

The Helena-Lewis and Clark National Forest said that the No Grass Creek fire had grown to between 600-700 acres, with a number of fires contributing smoke to Helena and Great Falls. 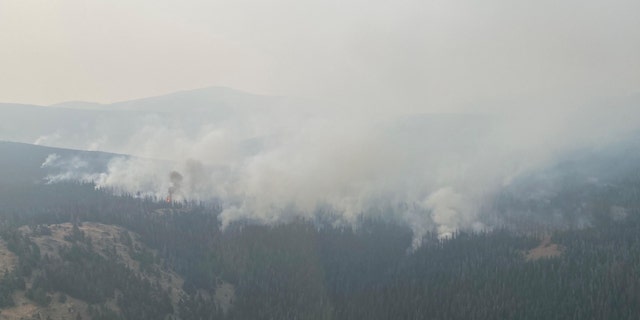 The No Grass Creek fire is between 600-700 acres.  (Helena-Lewis and Clark National Forest)

Children, seniors, people who are pregnant, outdoor workers, homeless people and those with chronic health conditions are most vulnerable to wildfire smoke exposure.

Respiratory symptoms including dry cough, sore throat and difficulty breathing are common to both wildfire smoke exposure and coronavirus.

People should monitor air quality before heading outside for physical activity, consider wearing an N95 respirator after consulting a health care provider, shut all doors and windows and set any air conditioning units to recirculate indoor air, consider using HEPA air cleaners and not perform activities that will add to indoor pollution.