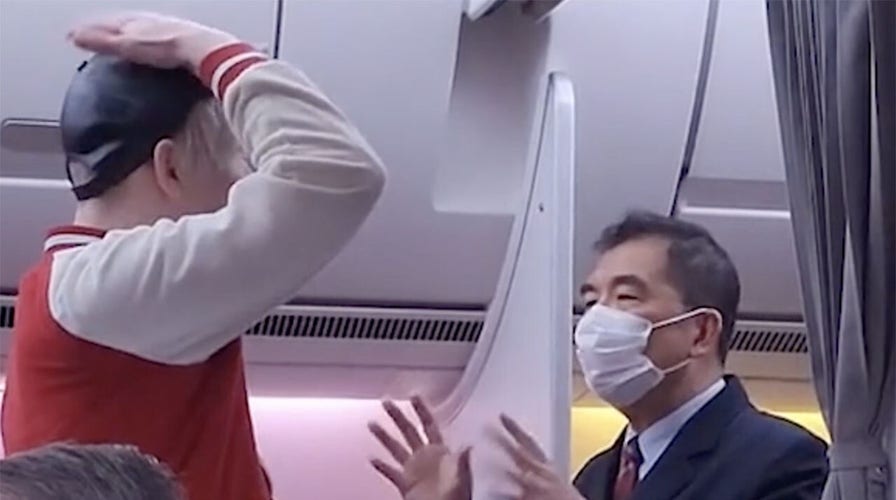 Tantrum on board: Airline passenger not happy he did not receive water on plane

A passenger on a flight to Singapore was caught yelling at a flight attendant for not getting water during the flight.

A passenger was caught on video demanding to be given water after he allegedly waited the entire flight to receive it.

A male passenger on a flight from Bangkok, Thailand, to Singapore on Tuesday, Nov. 8, can be seen yelling at a flight attendant, demanding water.

The video was shot shortly after flight SQ711 on Singapore Airlines landed at the Changi Airport in Singapore.

The traveler can be heard mocking the flight attendant and complaining about his lack of water during the two-hour flight.

“You actually think I’m going to listen, right? Why don’t you get me water,” he said. 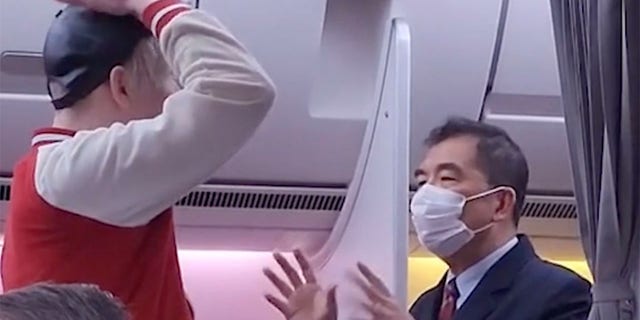 A passenger was caught arguing with and mocking a flight attendant after not receiving water on a plane.
(ViralPress)

At one point, the passenger even threatened to push the attendant over if he — the passenger — didn’t receive the water he’d requested.

AIR TRAVEL CONTROVERSY: PASSENGERS WHO RECLINE THEIR SEATS ON FLIGHTS ARE SEEN AS ‘RUDE’

“I’m going to push you over. Get some water,” he said. 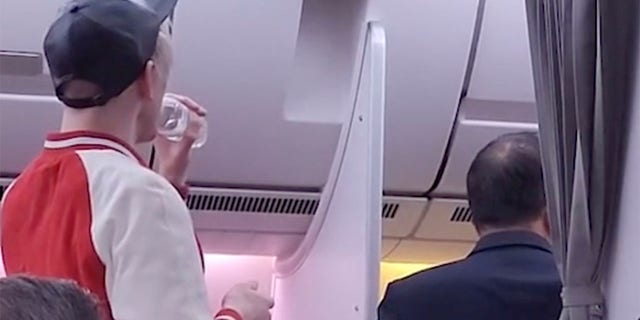 The passenger was eventually given a water bottle by the flight attendant.
(ViralPress)

“I asked for water for two hours. … After two hours I get water, wow,” he said.

The passenger can then be seen drinking the water — and was escorted off the plane by authorities.

Fellow travelers who had witnessed the scene then erupted into cheers and clapping.

The videographer of the viral video was sitting a few seats from the incident — and said the passenger was supposed to be seated.

JUST ‘PLANE’ BAD ETIQUETTE: AIRLINE PASSENGER DRAPES HER LONG, THICK HAIR OVER THE BACK OF HER SEAT

“The seat belt sign was still on, and he was supposed to be seated,” the person who took the video said. 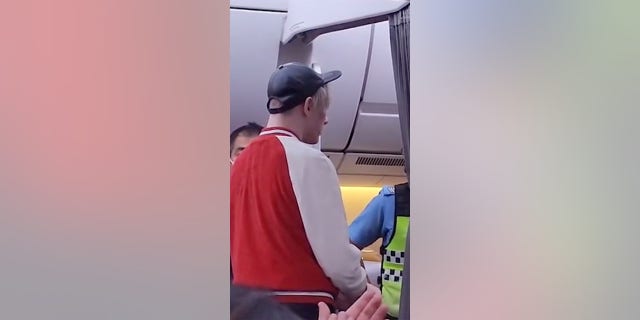 The passenger ultimately was escorted off the plane, water bottle in hand.
(ViralPress)

“He wasted all the passengers’ time while the ground staff and security took him off the plane.”

A Singapore Airlines spokesman said the man had been misbehaving during the meal service.

“After his multiple requests for alcohol, our cabin crew assessed the situation and politely declined to serve him alcohol to ensure the safety of our customers on board the flight.”

The airline said that the safety of its passengers and staff was the top priority.