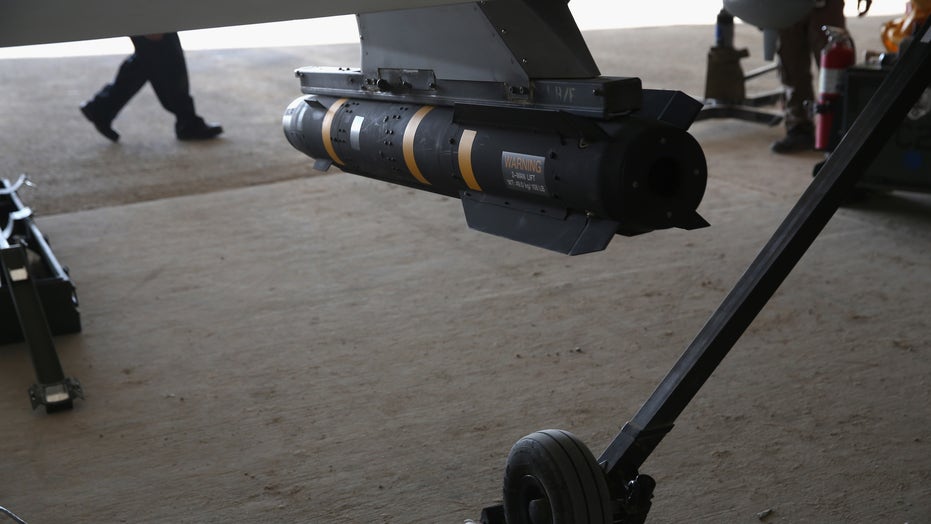 The journey of two senior Al Qaeda-aligned commanders in northwestern Syria on Sunday was suddenly cut short by a targeted U.S.-led strike — only it doesn't appear that they were killed by explosives, but a missile packed with knives.

Video of the aftermath circulating on social media shows that the vehicle of the terrorist leaders – Jordanian Qassam ul-Urdini and Yemeni Bilal al-Sanaani – was mostly untouched, with just one side severed and the roof smashed in, prompting defense analysts to point to the use of a "secret" missile jointly developed by both the Department of Defense and the Central Intelligence Agency (CIA).

It is a variation of the Hellfire anti-tank missile, referred to as the R9X, and internally called the "Flying Ginsu" or the "ninja bomb," and it just might drastically shape the way war is waged given its exactitude and subsequent ability to vastly reduce the risk of collateral damage and civilian casualties.

"The Hellfire R9X missile is a modified version of the Hellfire anti-tank missile, the likes of which have been featured on America drones like the Reaper and Predator.​ The reference to knives is no accident, as it features multiple steel blades that emerge from the missile moments before impact," Behnam Ben Taleblu, a senior fellow at the Foundation for Defense of Democracies (FDD) told Fox News. "The result is a much smaller kill radius, which can limit the damage caused by the missile to the intended target area. Such a feature is increasingly needed for counterterrorism campaigns, where the fighting is closer-in, and the environment around the target is more dense and likely to be filled with non-combatants.​"

According to an analysis by "The War Zone," the R9X doesn't explode and wields six long blades "that are stowed inside and then deploy through the skin of the missile seconds before impact to ensure that it shreds anything in its tracks," flying directly into designated targets. Compared to the traditional Hellfire, which ignites a potent blast, leaves a mangled mess in its wake and runs the risk of killing others within a 700-foot radius, the new modification is considered to be quite the advancement with a 100 percent deadly danger zone of 30 inches.

The 100-pound Hellfire R9X was first publicly brought to light by The Wall Street Journal in May last year, and characterized by defense officials as being dependent on the force of impact in conjunction with the aureole of six blades that furl out during flight. 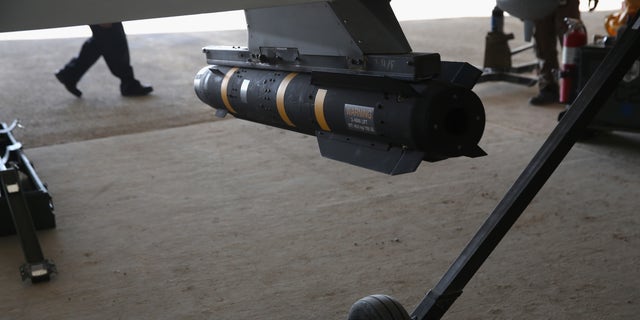 Aside from its suspected use in Syria this past weekend, experts have pointed to numerous other occasions the weapon has been used to take down terrorist leaders not only in Syria but also in Yemen and Afghanistan.

One occasion was in a January 2019 strike on a Taliban commander in Kunduz, Afghanistan. That same month, Jamal al-Badawi – alleged to have been the mastermind behind the attack of the USS Cole in a Yemeni port 20 years ago – was similarly neutralized. Two years earlier, Al Qaeda top brass Ahmad Hasan Abu Khayr al-Masri was targeted using the R9X in Syria's Idlib province, WSJ reported.

"Some analysts allege that the Hellfire R9X was used in Iraq in a deadly display of its effectiveness this January against Qassem Soleimani – the former Commander of Iran's IRGC Quds-Force, and Abu-Mahdi al-Muhandis, the former Commander of pro-Iranian militias in Iraq," Taleblu surmised. "One lasting impact of that strike is how removing the leadership cadre can handicap or hinder efforts of a larger organization. We are likely to see continued use of this weapon in U.S. counterterrorism campaigns to target leaders on the battlefield.​"

WILL THE UNREST IN LIBYA AND NATO'S SCHISM DRAG US BACK INTO CONFLICT?

The weapon was under development as early as 2011, according to The Wall Street Journal, and a "missile with similar capabilities was considered as a 'Plan B' to kill al Qaeda leader Osama bin Laden in his compound in Abbottabad, Pakistan, that year," and that is advancement was spurred by the increasing ability of terrorists to adapt to U.S. airstrikes and tactics, namely concealing themselves among women and children.

While it is not known just how many R9X's are tucked away in the Pentagon's depository, military experts have been quick to highlight its efficiency, citing examples that the Hellfire variation has the capability of killing a passenger and not a driver, or leaving a terrorist leader dead in his house and not any relatives sitting at the same table. Its edges are able to effectively slice through walls and roofs, according to experts.

On the downside, DefenseOne points out that the use of the missile, especially outside of officially declared war zones, could lead to an uptick in military engagement and overt confidence that no civilians will be caught in the crossfire.

However, Col. John Venable, a Heritage senior research fellow and former F-16 pilot in the Air Force, points out that the R9X is essentially an old tried-and-true tool made new again.

"The munition with 'knives' has been around since at least the Vietnam War. The military term for the warhead is 'flechettes,' which are dart-like submunitions that are released and spread out in flight as an anti-personnel device," Venable said.

"Munitions have had a variety of warheads since before the Civil War, where they used everything from classic exploding cannonballs, to dumbbell-shaped projectiles and 'grapeshot,' which was basically shotgun-shell BBs (only much larger) that used mass and velocity as the engagement mechanism," he added. "It's really not much different today. There are high-explosive, penetrating, and even inert warheads – that use mass and velocity as the engagement mechanism while minimizing collateral damage."