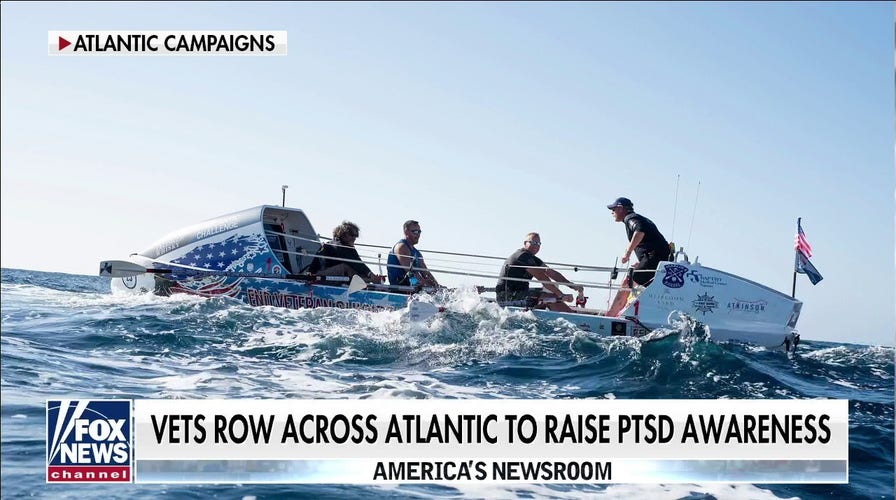 Veterans Paul Lore, Am Huppmann, Cameron Hansen, and Billy Cimino joined ‘America’s Newsroom’ to discuss their efforts to help their fellow veterans in the silent battle.

Talk about crushing the competition.

They also set a global best for female contenders.

The women finished the race in 34 days, 14 hours and 11 minutes, breaking the previous record by 24 hours. 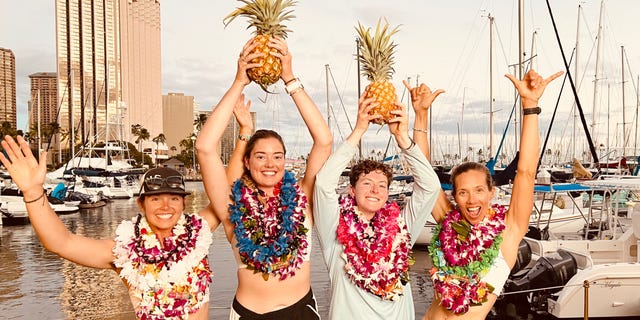 Lat 35 partnered with the Anxiety and Depression Association of America (ADAA) to raise money and awareness for mental health throughout the journey.

Teammate Brooke Downes shared the experience in an interview with Fox News Digital, repeating the team’s mission statement which was to “get to Hawaii as fast as possible.”

The rower revealed how breaking the record was, at times, questionable. 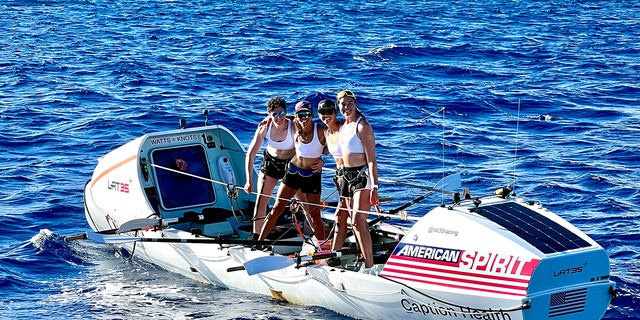 She admitted that her confidence in expecting to break the record might have been “naïve,” given that conditions on the water were so unpredictable.

“The last couple of days we had really terrible conditions and our expected time of arrival just kept getting pushed back later and later,” she said.

The team left San Francisco on June 21 — and arrived in Waikiki on Monday, July 25.

“But the last day, we knew that we were going to break a world record. It just came down to a matter of by how much.”

The team left San Francisco on June 21 — and arrived in Waikiki on Monday, July 25.

Besides hitting rocky waters at the tail end of the voyage, Downes remembered moving “terribly slow” about two weeks into the race due to the wind conditions.

This slow movement lasted for about five days in intense heat.

“That was kind of a point where, for me, I saw the opportunity to break the overall record kind of go away, which was just really disappointing,” she said.

HAWAII’S HIDDEN TREASURES INCLUDE THESE HISTORIC WAR MONUMENTS IN OAHU

“Seeing how defeated our whole team was — was just pretty heartbreaking.”

But the strength of the foursome kept the boat moving along as the women lifted each other up and laughed through the challenging tides.

“Out there in the middle of the ocean, we had so much fun,” she said.

“More fun than I could have ever expected to have.”

“There was one day that the conditions were perfect for us to jump in the water and swim,” she added.

“That was a really special day for us to all be together, swimming in this spot off land [where] probably no other human has ever been.”

Downes expressed feeling “grateful” for her teammates’ support on nights when conditions were rough and sometimes outright painful physically.

Each teammate rowed for two hours on and two hours off to balance adequate sleep — and to allow the team members to manage other tasks, such as preparing freeze-dried meals and handling boat maintenance. 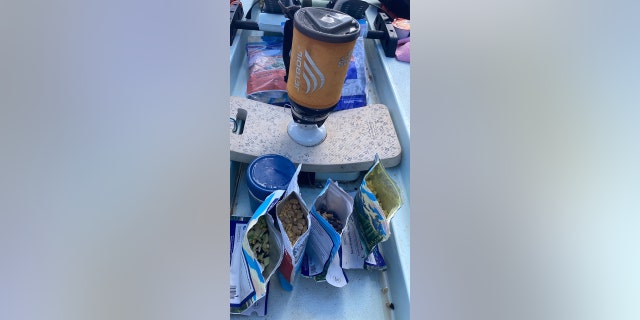 The crew made 25 liters of purified water per day, through a pressurized system and solar energy — which they used to drink, cook, rinse off and clean their clothes.

“Every single day brings something new,” she said.

“But the schedule is exactly the same the entire time.”

Each woman only brought along enough clothes to satisfy every weather condition, including rain, intense heat and even cold weather.

The cabins on the front and back ends of the boat slept two rowers each, which was a tight squeeze for Downes, who measures 5’11″ in height.

“It’s pretty amazing how much you can fit in the boat,” she said. “But you didn’t bring anything that you didn’t need.”

Downes detailed how each woman only brought enough clothes to satisfy every weather condition, including rain, intense heat and even cold weather. 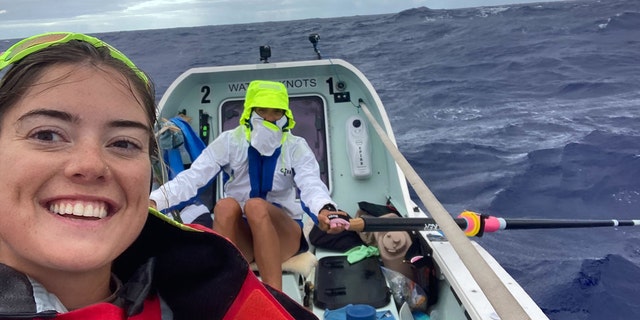 Brooke Downes snaps a selfie during the recent race on the Pacific Ocean. (Lat 35/The Great Pacific Race)

“The beginning was very cold,” she said.

“And extra-cold because we would have to put on the same wet clothes to row.”

The women encountered other obstacles on the water, such as being hit by flying fish. Also, the boat’s rudder was knocked out of place by an unidentified marine animal — sending the boat spinning.

The boat’s bearings also began to corrode halfway through the journey. That was caused by different metals being mixed into the wheels.

HAWAII’S THREATENED SPECIES: WHAT TO KNOW ABOUT PROTECTED WILDLIFE ON THE ISLANDS

“We made it to the finish line with no spare wheels,” she said.

It took about a day and a half after the women first spotted Hawaii’s mountainous landscape to officially reach land. 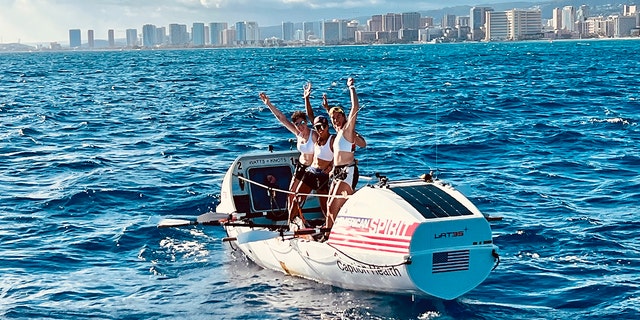 New Jersey-born Downes, who graduated from the University of Southern California in 2019, described the journey as “the best decision” she’s ever made as a rower of more than 10 years.

“I was really curious,” she said.

“I wanted to know what it was like to be out in the middle of the ocean with nobody around … during this huge, incredible race.”

“I love rowing, and I want to row even more now.”

The rower said there was “nothing stopping” her except fear, so teammate Libby Costello — a longtime friend of Downes — invited her to join the Lat 35 crew.

Downes accepted the offer, quit her job and moved to Santa Barbara to begin training.

“I thought, I can either watch that whole experience and wish that I was doing it with her — or I can actually do it with her,” she said.

“And it was the best decision I’ve made.”

Downes, who was training for the National Rowing Team prior to the race, is aspiring to qualify for the Olympics in 2024, but said she’ll be taking some time to recuperate first.

“I love rowing, and I want to row even more now,” she said.

Denison-Johnston is also an Olympic hopeful.

Downes is currently enjoying her time in Hawaii.

The record for fastest male rowers was also broken by a Lat 35 team during the 2021 race.

The men completed the race in 30 days, five hours and 37 minutes.

Downes said there have been teams in the past that have been unable to finish the race due to medical issues and being rerouted too far south by the strong current.