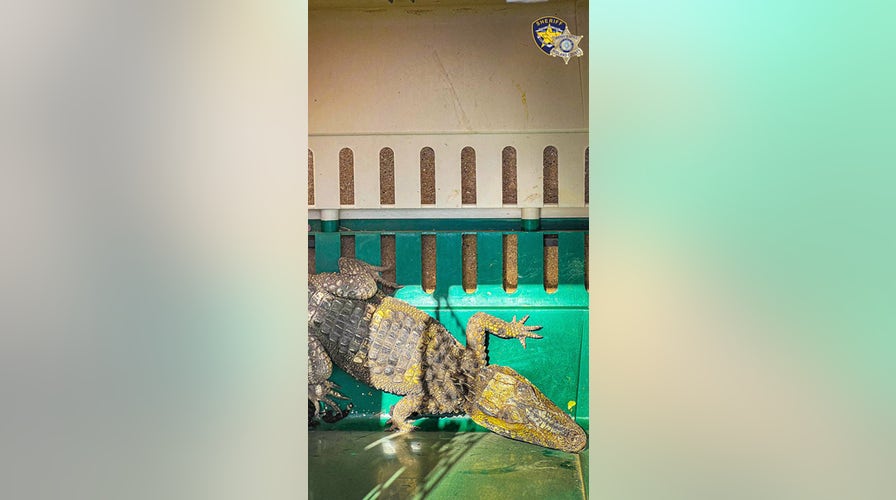 In warmer weather, alligators tend to go places they shouldn’t – but usually not the desert.

Earlier this week, officers with the Midland County Sheriff’s Office responded to a call about a small American alligator that was found under a car in an RV park.

Midland County is in the middle of the West Texas desert – not anywhere near where alligators are usually found.

Typically, American alligators live in and around freshwater rivers, swamps, marshes and lakes, according to the Smithsonian’s National Zoo & Conservation Biology Institute website.

On Sunday, the Midland County Sheriff’s Office posted about the small alligator on Facebook, saying it was “a rare sight.”

“Today, The Midland County Sheriff’s Office responded to a call around 12:22 pm at Airline Mobile Home and RV Park,” the post said. “The complainant found the alligator under his car.”

According to the post, the gator was “taken into custody” and was put in the care of a veterinarian who works with the local game warden. 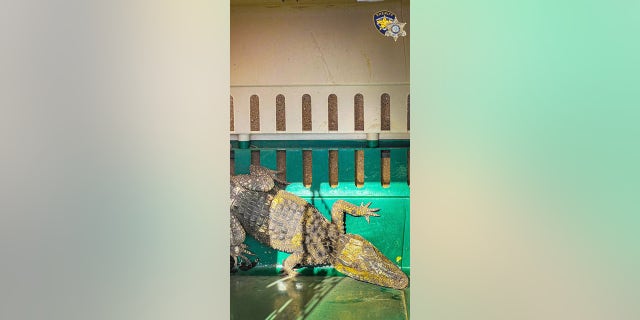 An American alligator was found under someone’s car in the desert of West Texas earlier this week. Alligators usually live near freshwater rivers, marshes or swamps. (Midland County Sheriff’s Office)

“We’re hoping a possible owner calls to claim our friend that’s obviously lost in the desert,” the sheriff’s office wrote.

“Alligators ask lots of questions, they’d make great interri-gators,” the sheriff’s office joked. “Their teeth are pretty intimidating if you ask us. However, we don’t think this guy will be joining the MCSO staff anytime soon.”