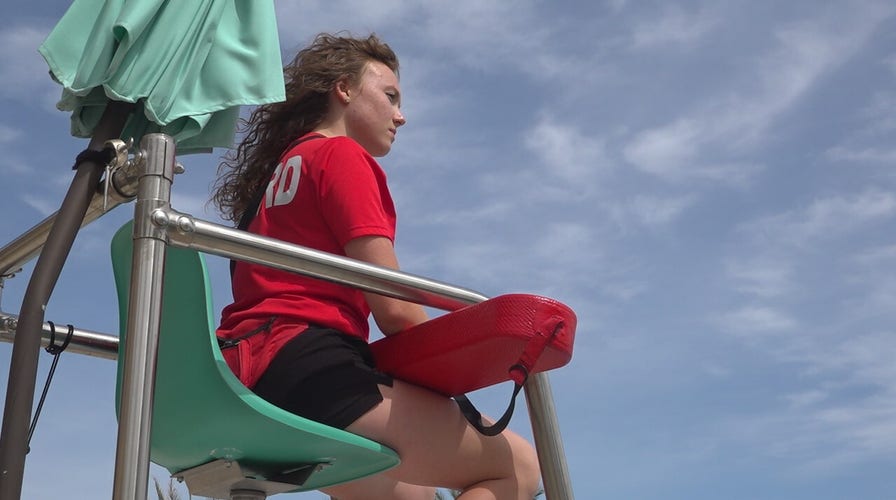 Lifeguards are in high demand as summer approaches

As the weather warms up and COVID-19 restrictions ease up, swimming pools across the country are re-opening but finding enough lifeguards for them is turning out to be tough.

Those who love beaches and pools should be cautious this summer before hitting the waves and the water.

The U.S. is experiencing a nationwide lifeguard shortage and the American Lifeguard Association, based in Virginia, warns it is only going to get worse.

Fox News Digital on Thursday talked to the American Lifeguard Association’s director of health and safety Bernard J. Fisher II, who indicated that the shortage poses an urgent threat. He said that he’s “never seen it this bad.”

“I can almost call it a ground zero,” he warned.

Fisher stressed that the lack of lifeguards in America right now is just “as bad” as the nation’s baby formula shortage.

On top of that, Americans still “haven’t seen the worst,” he said. 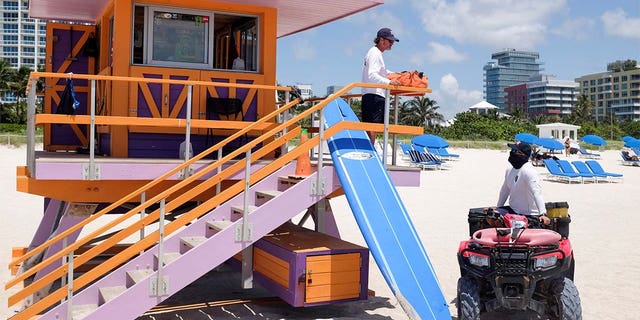 Lifeguards on duty talk as beaches are reopened with restrictions to limit the spread of the coronavirus disease (COVID-19), in Miami Beach, Florida, on June 10, 2020. (REUTERS/Marco Bello)

The shortage, impacting about a third of the country’s 309,000 public pools, has caused some facilities to limit hours of operation or close altogether.

There are also lifeguard shortages at beach, water parks and other facilities, he suggested.

“These kids — they’ve had so much hardship on them with the pandemic,” he said.

NATIONAL SRIRACHA SAUCE SHORTAGE MAY LEAD TO SPICELESS SUMMER FOR SOME

“And now when the temperatures go to triple digits in a lot of our cities during the summer, we’re not even going to have a community pool open for them.”

Added Fisher, “I’m actually ashamed of how some municipalities threw in the towel so early.”

There are many reasons that lifeguards are in such high demand right now.

The first is the cancellation of lifeguard certification courses during the early months of the coronavirus pandemic in 2020, Fisher indicated. 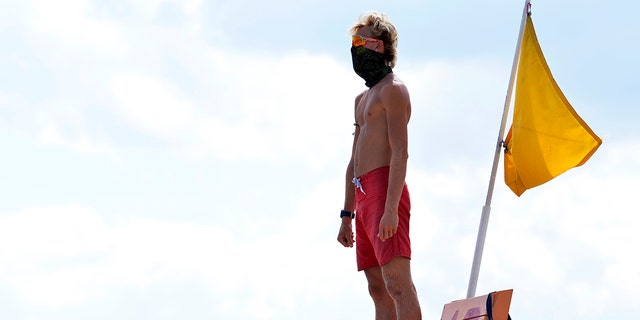 A lifeguard wearing a face covering surveys the water at Hampton Beach in Hampton, New Hampshire, on August 5, 2020. (JOSEPH PREZIOSO/AFP via Getty Images)

Many lifeguards also reportedly found other jobs in higher-paying sectors while pools were closed — and never looked back.

“It’s going to be a total disaster in August, the hottest month of the year.”

The director expressed the concern that a seasonal shortage of lifeguards come August — when young employees return to college or high school — will be the most severe period of this current crisis. 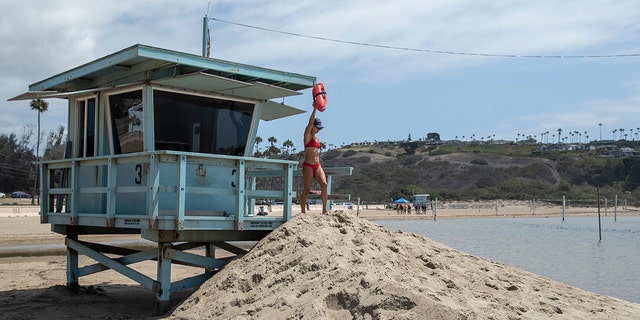 Many pools and beaches in the past also used temporary foreign workers to fill any lifeguarding gaps — but mostly due to the pandemic, those programs have been delayed or backlogged, he indicated.

Fisher said there will continue to be repercussions.

“You cannot shake a foundation and put shock waves through it and not expect repercussions for years to come,” he said. 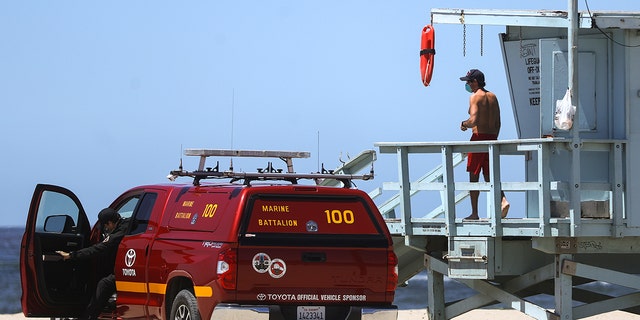 A lifeguard wears a face mask on Santa Monica beach on the day Los Angeles County reopened its beaches, which had been closed due the coronavirus pandemic, on May 13, 2020 in Santa Monica, California. (Photo by Mario Tama/Getty Images)

Fisher put into perspective how desperate the U.S. has become for lifeguards.

He said that America’s top training entities for lifeguards historically brought in about 300,000 trainees per year.

BABY FORMULA SHORTAGE SENDS TENNESSEE MOM OF 8-MONTH-OLD INTO A ‘PANIC’: ‘I BROKE DOWN’

Returning to normal employment levels would require at least double the number of lifeguards, said Fisher — bringing in 600,000 to just under one million candidates per year. 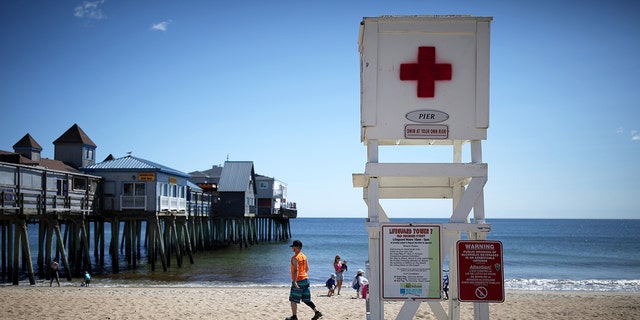 The lifeguard chair is empty and the beach sparsely populated at Old Orchard Beach in Maine on Tuesday, Sept. 7, 2021. (Staff photo by Ben McCanna/Portland Press Herald via Getty Images)

The dwindling of lifeguard employment first began with baby boomer retirements, while the youngest generation has shown less of an interest in lifeguarding generally speaking, Fisher indicated.

One idea is to employ retirees who are willing and able to patrol the nation’s pools and beaches.

This may be due to pop culture trends; Fisher mentioned that boomers wanted to emulate the lifestyles portayed on TV shows like “Baywatch.” Whatever the case, scores of America’s youth aren’t showing up for lifeguard duty at a time when public pool and beach development is at a high.

Fisher said one fix would be employing retirees who are willing and able to patrol the nation’s pools and beaches — which would avoid the issue of losing younger employees in the school year. 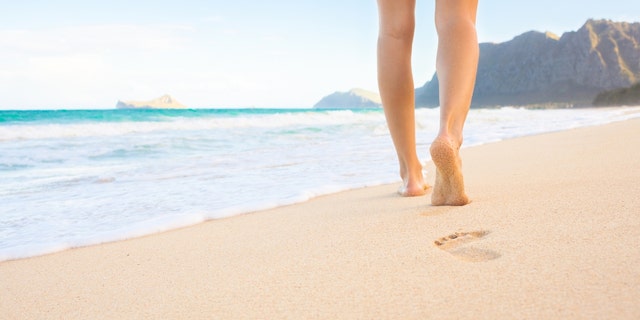 Amid today’s lifeguard shortage, many swim instructors have been called to serve as lifeguards — which means they can’t train new lifeguards.  (iStock)

“They’re responsible candidates,” he said. “Many are very good swimmers.”

Amid the current shortage, many swim instructors have been called to serve as lifeguards — which makes them unable to train new lifeguards to add to the ranks.

Fisher advised adults to always have a designated “water watcher” when the kids are swimming.

“We should be doing whatever we can do to open the pools,” he said. “And if we don’t have the lifeguards to open up to the public, open them for lifeguard training and swimming classes.”

He added, “But we’re doing just the opposite.” 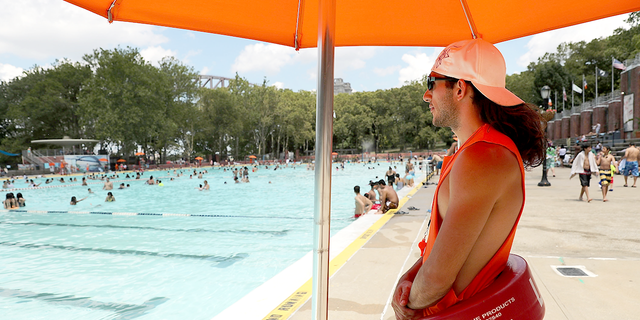 Drowning is the no. 1 leading cause of accidental death in children under the age of four.

To prevent more drownings this summer, Fisher suggested that parents make it a priority to teach their kids how to swim.

He also promoted the use of U.S. Coast Guard-approved life jackets in the water.

Importantly, Fisher advised adults not to rely on lifeguards as babysitters — and to always have a designated “water watcher” when the kids are swimming.