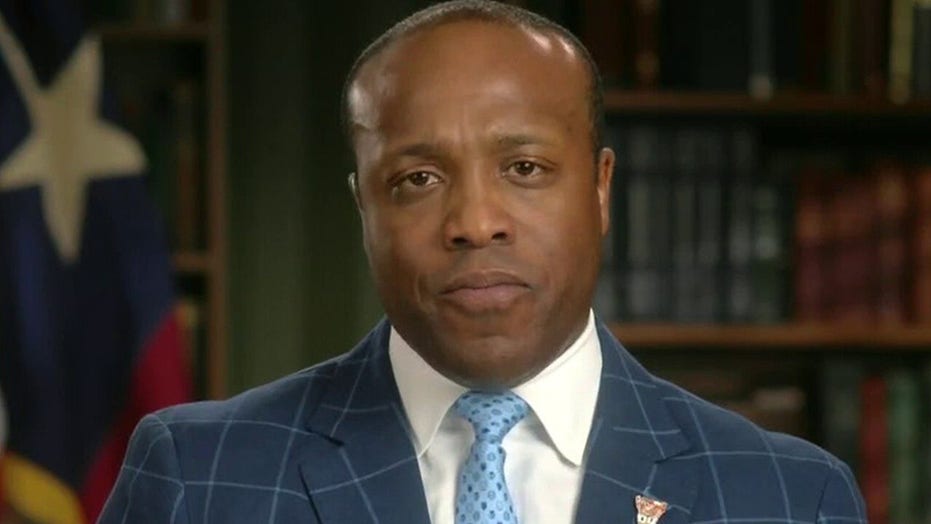 If you think the economic shutdown caused by the coronavirus pandemic was bad, be forewarned: the economic impact of former Vice President Joe Biden’s new climate change plan would make the last few months look like prosperity.

Biden’s original climate change plan was to spend $1.7 trillion over a decade and phase out fossil fuels by 2050. But that plan was unveiled during the primary season, and since then the presumptive Democratic presidential nominee has moved further left.

Apparently, Biden’s earlier plan wasn’t extreme enough to please the far-left activists who surround him, so he went back to the drawing board and came up with something even more drastic.

Released Tuesday, Biden’s new plan comes with a whopping $2 trillion price tag in the first four years and moves the deadline for switching to 100 percent carbon-free power up by 15 years to 2035.

That switch would entail massive investments in new facilities and painful dislocations and job losses for millions of workers currently employed in every stage of the energy production process, from extracting resources to delivering electricity to consumers.

These are just some of the complications with vastly overhauling an industry that Americans depend upon so heavily and that accounts for over $400 billion in annual economic activity.

A recent analysis by Wood Mackenzie, a global consultancy group, found that the transition to a 100 percent renewable U.S. power grid would require an “investment of up to US$4.5 trillion over the next 10 to 20 years.”

Given the cost overruns with most government projects, does anyone really believe even $4.5 trillion would be sufficient?

Where is that money coming from? At least in theory, from us — through the tax increases Biden would impose upon American workers and businesses if he is elected president.

The problem is, there will be far fewer workers and businesses left to pay Biden’s higher tax rates once his job- and business-killing climate agenda begins to take effect.

Republicans have attacked Biden for wanting to achieve this goal by totally banning fracking — the oil and natural gas extraction process that created the current American energy boom. Such a ban would kill jobs and damage the economies of key election states such as Pennsylvania and Ohio. Biden has denied this, stating that he would not ban all fracking, but only wants to end “new permits for federal lands and waters.”

But how can you achieve 100 percent carbon-free energy without eliminating oil and natural gas as an energy source — and, therefore, eliminating fracking? The reality is that you can’t.

Maybe Biden’s position is actually that he won’t ban fracking immediately, but will just eliminate it over time. But is that what voters in Ohio and Pennsylvania are hoping to hear?

Should Biden be elected president, I suspect his “no fracking ban” pledge would soon fall into the dust bin of other infamous campaign claims — such as George H.W. Bush’s 1988 pledge of “no new taxes” and Barack Obama’s 2008 commitment that he was “not in favor of gay marriage."

So, why the subterfuge? Well, this de facto fracking ban allows Biden to tell voters he will not ban fracking (with fact-checker support) while simultaneously letting his far-left supporters know that he plans to eliminate it.

For Biden, this is a win-win that is certain to thrill radical climate activists — particularly the Biden campaign’s climate policy adviser, Socialist Rep. Alexandria Ocasio-Cortez of New York. But it also completely ignores the role fracking plays in the broader economy and in reducing — yes, reducing — carbon dioxide emissions.

For example, the U.S. Energy Information Administration, reports that carbon dioxide emissions in the U.S. declined 14 percent between 2005 and 2017, “mainly because more electricity has been generated from natural gas” – a more efficient and “less carbon-intensive fuel than either coal or petroleum.”

The Energy Information Administration also reports that “natural gas was the largest source —about 38% — of U.S. electricity generation in 2019.” That inexpensive and plentiful low-carbon natural gas comes from fracking.

Meanwhile, Biden’s climate activist allies continue to throw up obstacles to the construction of desperately needed pipelines to deliver oil and natural gas. Pipelines are significantly safer, cleaner and more efficient than transporting oil and natural gas by truck or train.

But climate activists view the battle over carbon dioxide emissions in quasi-religious terms. This allows them to justify actions that are rationally inconsistent with their objectives and bound to hurt low-income Americans the most, in the form of higher electricity and home-heating costs.

Biden’s eagerness to accommodate the demands of the far-left makes it all but inevitable that he would shelve all new and ongoing pipeline projects permanently if he ever makes it to the Oval Office.

Should even Biden’s current concessions prove insufficient for his climate team (as concessions to the far left so often are), expect to see the hapless nominee unveil even more extreme “amendments” to his new climate plan before the November election.

Don’t be surprised by the changes. The zeal of those around Biden to destroy the American economy knows no bounds. Recall that Saikat Chakrabarti, Ocasio-Cortez’s former chief of staff, admitted a year ago that the true motivation behind the Green New Deal wasn’t a “climate thing.”  Rather, it was “a how-do-you-change-the-entire-economy thing.”

That’s a good thing to keep in mind come November.