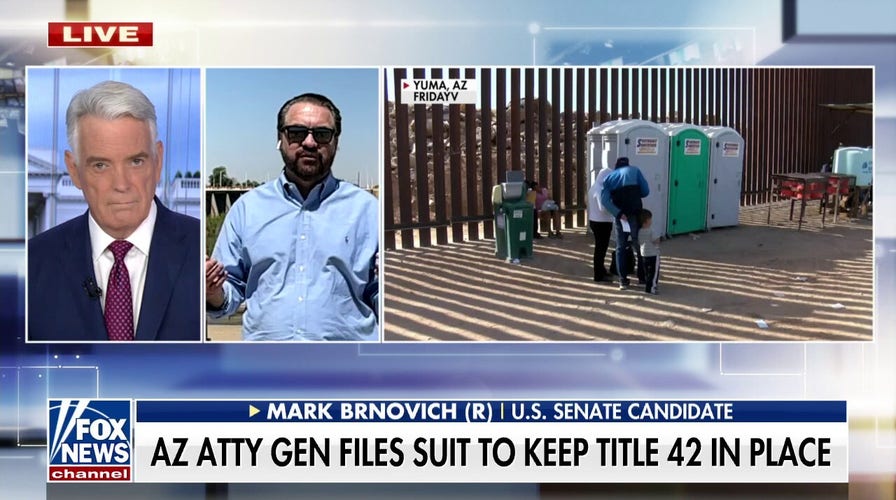 Arizona Attorney General Mark Brnovich, an outspoken advocate for sustaining Title 42, visited the southern border near the Yuma sector Thursday to observe the consequences of the Biden administration’s policies. On “America Reports,” Brnovich said the surge in migrants illegally crossing the border is pouring drugs into communities and burdening states.

MARK BRNOVICH: I’m just trying to do everything I can to protect not only Arizona, but the entire country because the system is getting overwhelmed. You just showed the April numbers. I mean, that’s like the entire population of Arlington, Virginia, in one month illegally entering our country. So it’s overwhelming law enforcement, it’s overwhelming social services, and we’re seeing the surge in illegal drugs coming into our country. So every state is a border state. And down here in Yuma, it’s not just the people illegally entering the country. It’s all the gotaways here on the southern border where we know people on the terror watch list have been apprehended. But now we’re seeing all these people trying to evade capture as well. And they mean us no good. And this is a ticking time bomb. America is less safe because of Joe Biden and “Cartel Kelly.” 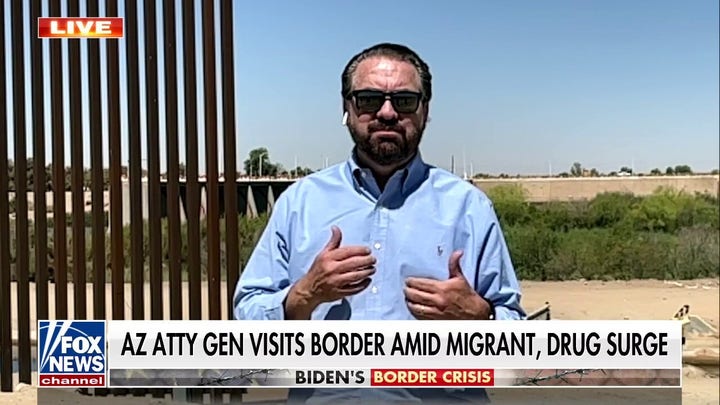