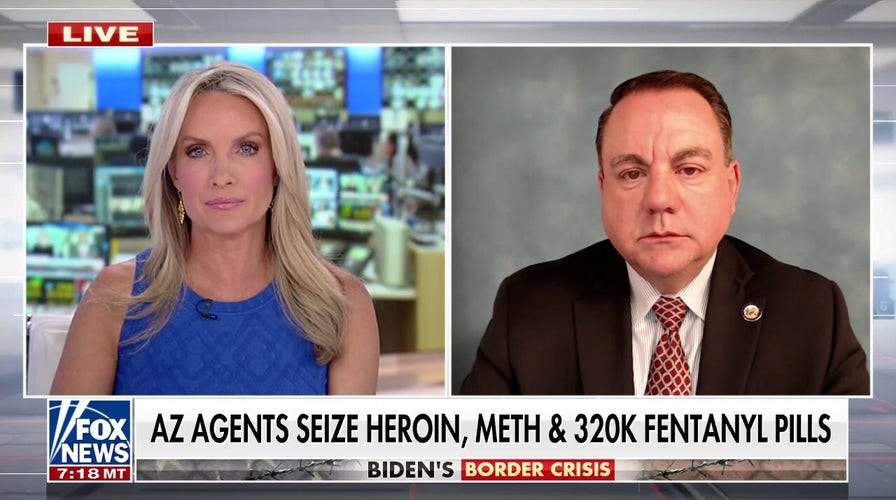 Yuma, Arizona Mayor Doug Nicholls on how the border crisis continues to affect his community and the need for change

Yuma Mayor Doug Nicholls called on the Biden administration Wednesday to “change their approach” to illegal immigration as his community sees 700 illegal border crossings per day.

“All they’re doing is encouraging more people to come in,” Nicholls told “America’s Newsroom.” “The president, the secretary [Mayorkas], they need to change the policies and the way that they’re enacting the laws, because that is how you prevent these numbers from coming through, is actually prosecuting and getting people returned to their home countries or prosecuted in our country.”

TEXAS BORDER OFFICIAL SAYS MAYORKAS IS WRONG, ‘BORDER IS NOT SECURE’ AS FENTANYL, CRIMINALS POUR ACROSS 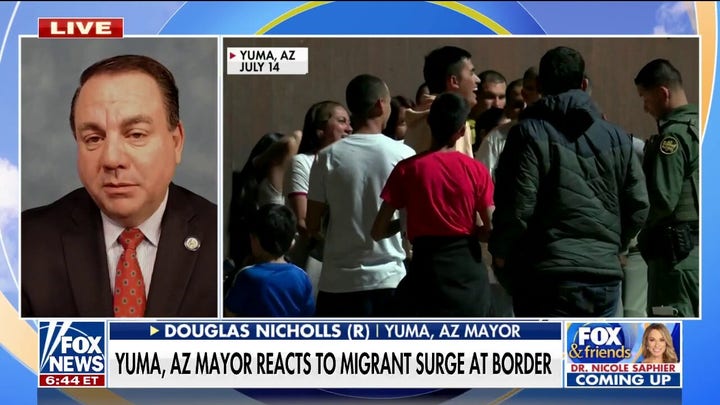 Border Patrol in the Yuma Sector encountered more than 5,600 migrants between July 17 and July 23 from 46 different counties, according to stats put out by Chief Patrol Agent Chris Clem.

He said that 104 migrants apprehended were convicted felons, while 57 migrants were prosecuted for illegal entry, re-entry and smuggling. Agents also stopped nine smuggling cases and encountered more than 120 unaccompanied minors. 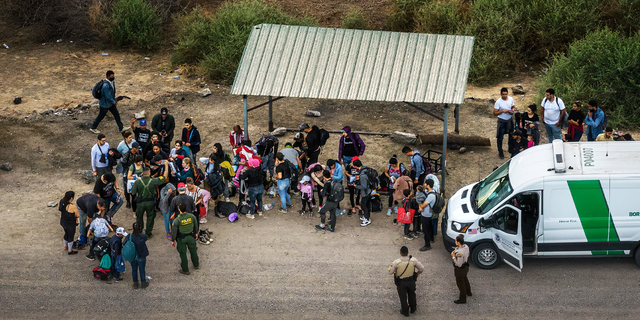 Aerial view of immigrants waiting to board a Border Patrol vehicle to be taken for processing, after crossing the border from Mexico on June 22, 2022 in Yuma, Arizona.  (Qian Weizhong/VCG via Getty Images)

Fox News reported this week that there have now been more than half a million known “gotaways” at the  southern border since fiscal year 2022 began on Oct. 1 — an average of 55,000 a month.

The mayor applauded Border Patrol for their efforts to handle the crisis, noting an approximate 30% reduction of crossings with more assets being pushed to the border. The effort, however, “locks up” border agents from proactive drug interdiction, Nicholls said.

“It’s not where we’d like it to have to where our agents could do the full national protection mission that they have.”