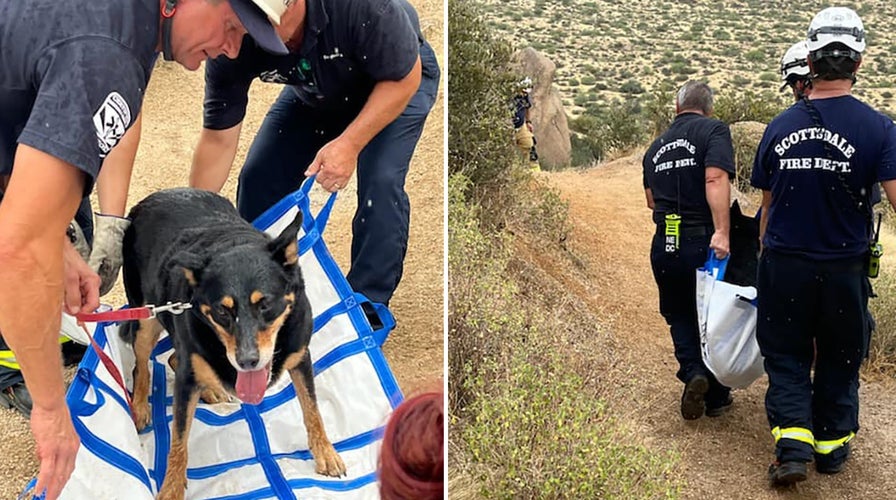 Firefighters in Arizona rescued a dog that overheated while on a hike with its owner on Wednesday afternoon, officials said.

The heat became too much for the 125-pound German shepherd named Diego when his owner and another pup were about three-quarters from the Tom’s Thumb Trailhead around 1:30 p.m. in Scottsdale, the Scottsdale Fire Department said.

First responders met the owner on the trail and began to cool and rehydrate the dog.

Crews carried Diego down a steep part of the trail and brought the owner and other dog down the trail on a utility terrain vehicle. 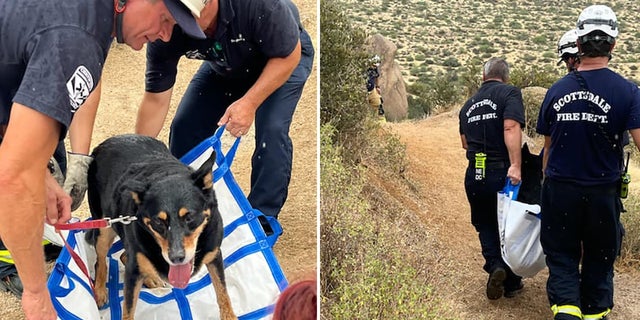 “Diego was doing much better after 5 bottles of water,” fire officials said. “He got into the car under his own power.” 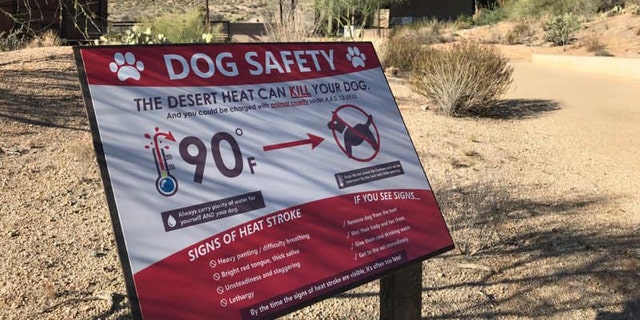 Officials advised pet owners to avoid walking their pets midday when it is hottest, check asphalt temperatures so the animals don’t burn their paws, and always provide them with plenty of water.