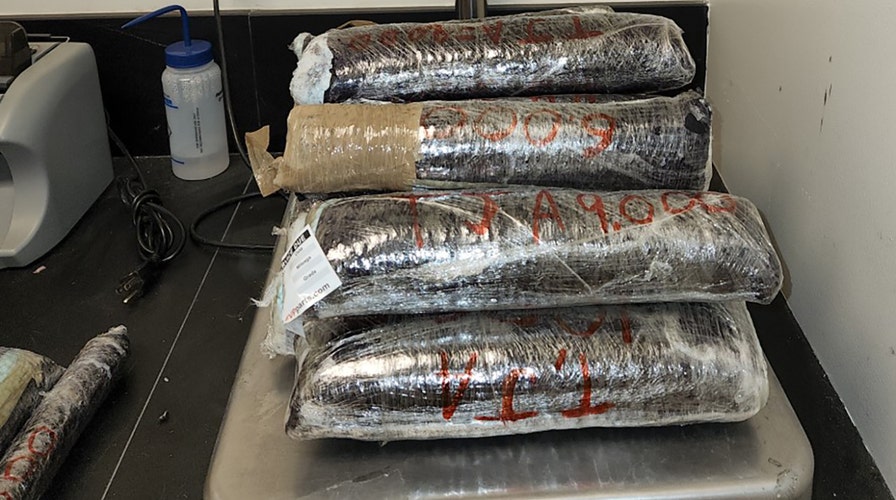 Police in Arizona discovered 52 pounds of suspected fentanyl pills that were being smuggled into the U.S. from Mexico hidden inside a vehicle during a traffic stop last week, authorities said.

The Ford Fusion sedan was pulled over on northbound I-19 near Sahuarita, the Arizona Department of Public Safety (AZDPS) said in a statement Wednesday.

“During the traffic stop, the trooper observed multiple indicators of criminal activity,” the department said.

Troopers searched the car and found 52 pounds of suspected fentanyl pills concealed within a compartment built into the vehicle’s rocker panels, according to the statement.

Investigators believe the drugs were being smuggled from Nogales, Mexico, to Tucson. 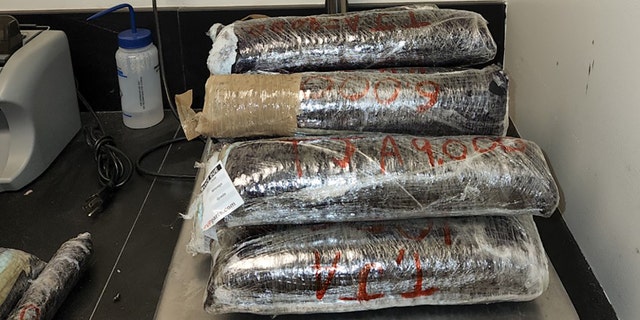 Troopers found 52 pounds of suspected fentanyl pills during a traffic stop on I-19 near Sahuarita, Arizona, on September 14. (Arizona Department of Public Safety) 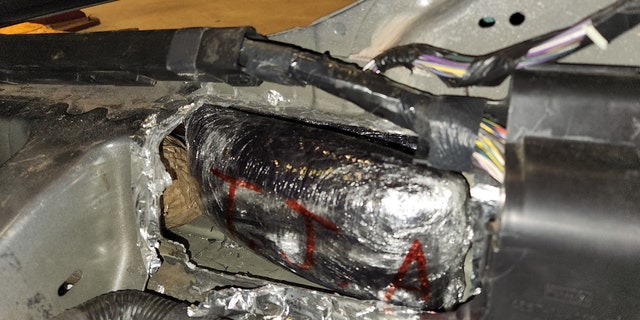 Investigators said the suspected fentanyl pills were concealed inside a compartment built into the vehicle’s rocker panels. (Arizona Department of Public Safety)

Ramirez-Sanchez was arrested and booked into the Pima County Jail on charges including possession, transportation and sale of narcotic drugs. 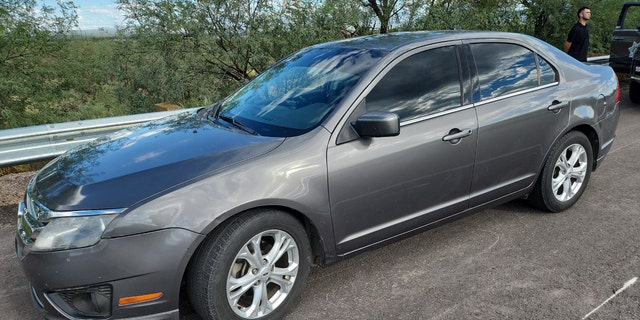 The suspect was believed to be smuggling the fentanyl from Nogales, Mexico, to Tucson, Arizona. (Arizona Department of Public Safety)

The seizure comes just weeks after the AZDPS uncovered 46 pounds of suspected fentanyl pills hidden inside a vehicle during a similar traffic stop. Investigators said the drugs in that case also originated in Nogales, Mexico, and were being smuggled to the Phoenix area.

The Centers for Disease Control and Prevention’s National Center for Health Statistics estimates that there were 107,622 drug overdose deaths in 2021, with 71,238 of those deaths related to synthetic opioids such as fentanyl.