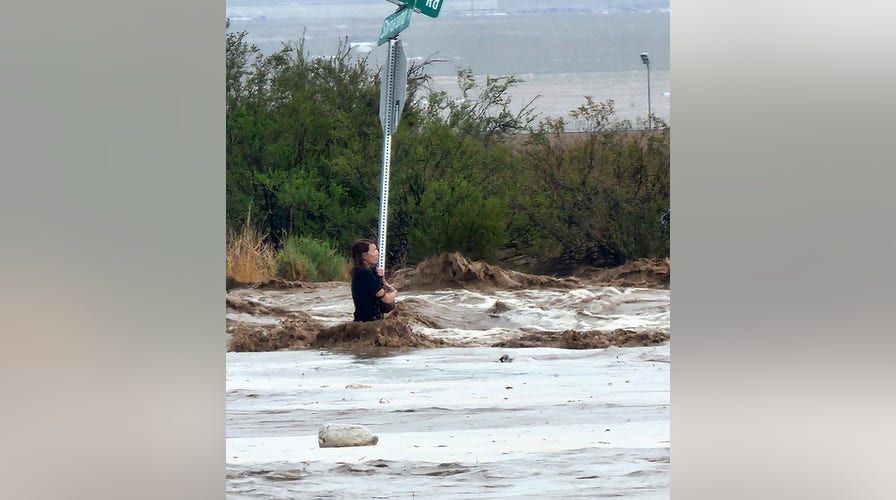 An Arizona woman was rescued Monday after clinging to a stop sign as floodwaters rushed around her, authorities said.

The rescue happened around 5 p.m. near Shinarump Drive and Agate Road in Golden Valley, the Mohave County Sheriff’s Office Search and Rescue said.

A construction crew working nearby spotted the 42-year-old woman holding onto the signpost in a running wash with swift-moving water up to her waist, the sheriff’s office said.

Rescue crews responded to the scene and were able to walk the woman out of the wash as the waters began to recede. 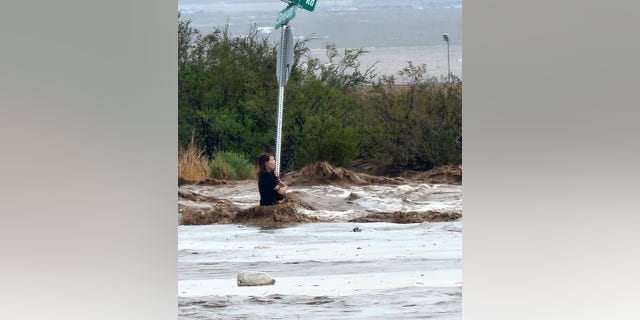 The 42-year-old woman was spotted hanging on to a stop sign as waist-deep water swirled around her. (Mohave County Sheriff’s Office Search and Rescue )

With more rain expected to fall this week in the area, officials warned travelers not to drive through flooded roadways.