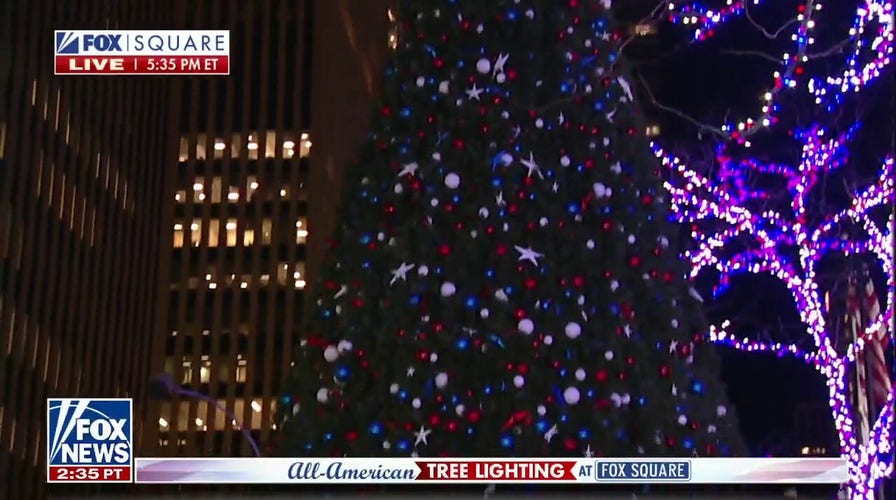 ‘The Five’ gets into the holiday spirit as religious leaders bless Fox News’ All American Christmas tree in Fox Square.

The 2022 season of Advent begins on Sunday, November 27, and lasts four weeks until Saturday, December 24.

“In the Church worship, Advent is the four-Sunday season before Christmas that invites us to three spiritual realizations,” Fr. Jeffrey Kirby, pastor of Our Lady of Grace Catholic Church in Indian Land, South Carolina, and cohost of the EWTN miniseries”Living the Christian Way” told Fox News Digital.

“It refreshes our memory of the Nativity of Jesus Christ two millennia ago,” he said.

“It also honors his continuing presence among us today in the sacraments and raises a joyful expectation of his Second Coming.”

While the Advent season is observed today with the anticipation of Christ’s birth, which is celebrated on Christmas Day, it wasn’t always so. In centuries past, it had a different focus. 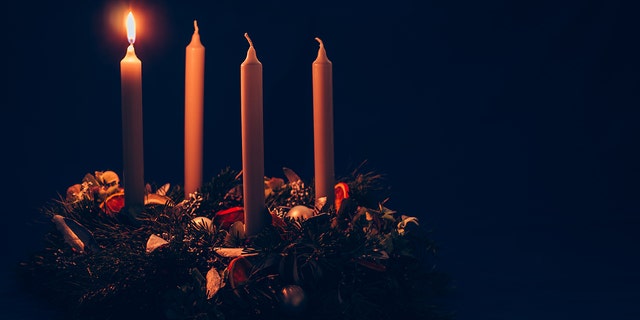 On the first Sunday of Advent, the first candle is lit — signifying hope as we await the arrival of Jesus and the prophecies he will fulfill.
(iStock)

The word “Advent” is derived from the Latin word adventus, meaning “coming,” which translates to the Greek word parousia, according to Christianity.com.

“Scholars believe that during the 4th and 5th centuries in Spain and Gaul,” the website notes, “Advent was a season of preparation for the baptism of new Christians at the January feast of Epiphany.”

During those centuries, Advent also celebrated God’s incarnation represented by the visit of the three kings to the baby Jesus, his later baptism by John the Baptist and his first miracle — turning water into wine — at the wedding in Cana, they add.

Christians would spend 40 days in penance, prayer and fasting to prepare for this celebration. “Originally, there was little connection between Advent and Christmas,” the site also notes.

“Regrettably, Advent is pretty much ignored by many believers today. Many have fallen prey to a very aggressive pre-observance of a secular Christmas.”

By the 6th century, Roman Christians had linked Advent to the coming of Christ — not his birth in a manger, but his second coming as the “judge of the world,” the website continues. 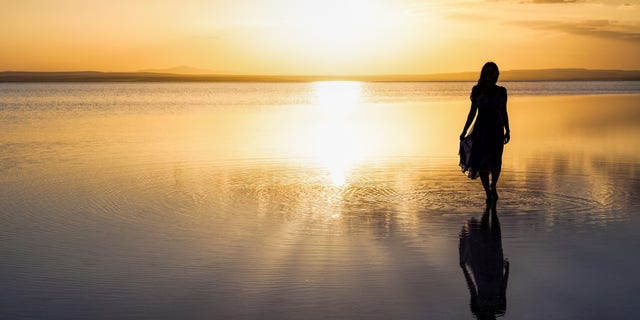 Advent will provide the "lessons and graces" that believers need to "grow in holiness," said Fr. Kirby of South Carolina.
(iStock)

It was not until later in the Middle Ages that the Advent season was explicitly linked to Christ’s birth.

Fr. Kirby believes Christians need to reinvigorate the Advent season in hearts and souls to prepare for Christmas.

“Regrettably, Advent is pretty much ignored by many believers today,” he said.

“Many have fallen prey to a very aggressive pre-observance of a secular Christmas, which is a far cry from anything relating to Jesus Christ.”

“Hope summons us to raise our eyes above our state of affairs … Hope offers us salvation in Jesus Christ.”

It is time to “reclaim” Advent, he said.

If believers hear this call and “pick up the mantle” of Advent, then Advent will provide the “lessons and graces” we need to “allow our lives to grow in holiness,” he said. 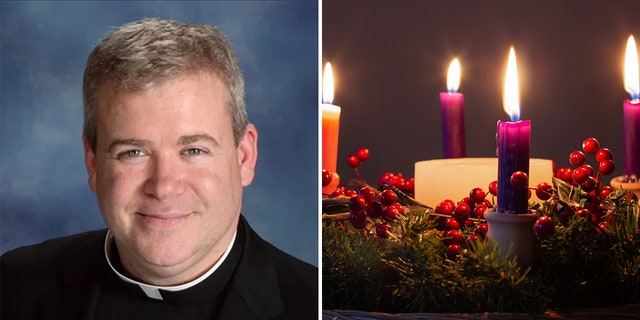 "A hope in God is not just ‘optimism’ or taking a positive view of things, but a purifying fire," Fr. Kirby shared with Fox News Digital about Advent.
(Fr. Jeffrey Kirby/iStock)

“Advent can give us hope,” Fr. Kirby added. “A hope in God is not just ‘optimism’ or taking a positive view of things, but a purifying fire.”

He said as well, “Hope can be a demanding teacher. It summons us to raise our eyes above our state of affairs. It calls us to trust in God’s power and providence. Hope offers us salvation in Jesus Christ.”

All the hopes of this life — financial security, good health, a happy family and a reformed Church, he said — are “offered up” and placed within this one greater hope of eternal life and happiness with God.

Advent is here, the “perennial season of hope,” he continued.

“Advent reminds us that God has already overcome the world and is actively working to bring grace and peace into our lives.”