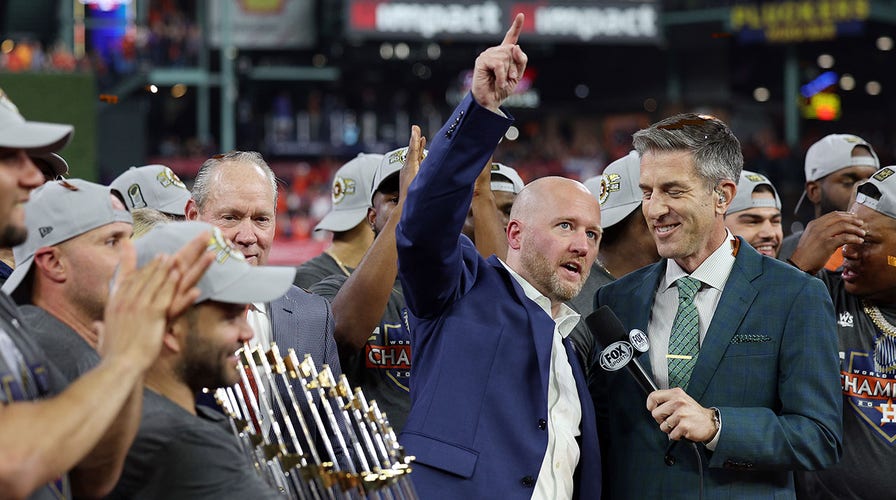 The architect of the 2022 World Series Champions will have a new home.

The Houston Astros parted ways with James Click on Friday, less than a week after winning the title. 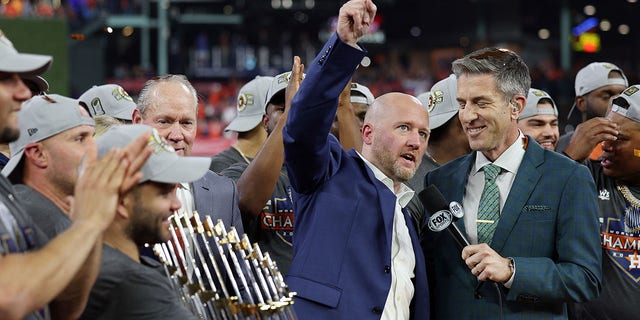 “We are grateful for all of James’ contributions,” Crane said in a statement. “We have had great success in each of his three seasons, and James has been an important part of that success. I want to personally thank him and wish him and his family well moving forward.”

Click’s contract expired upon season’s end (technically, it ended on Oct. 31, the day of Game 3 of the World Series), and it’s been long rumored that Click and owner Jim Crane have had their fair share of differences.

Click was offered a one-year deal, but he rejected the offer and made his gripes known to the public, which resulted in his departure.

“We’re different,” Click said of his relationship with Crane on Tuesday. “Jim is — well, look, let me clarify. There’s some things that we do very differently. There’s some things that we are very lined up on, and that’s gonna be true of any relationship between a boss and an employee. I think he likes to act very quickly. In certain cases, I tend toward a more deliberate approach. He is very demanding, but he also gives you the resources to accomplish what he tasks you to do.” 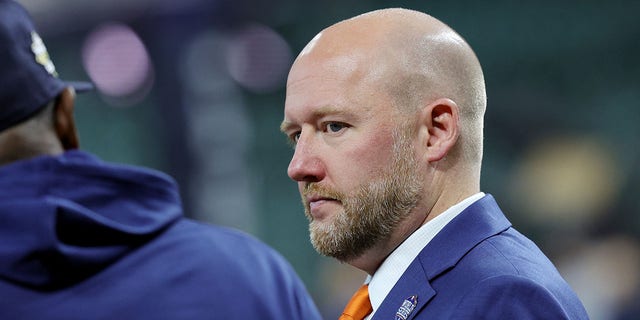 General Manager James Click of the Houston Astros looks on prior to Game One of the 2022 World Series against the Philadelphia Phillies at Minute Maid Park on October 28, 2022, in Houston, Texas.
(Bob Levey/Getty Images)

Houston re-signed manager Dusty Baker to a one-year deal. The 73-year-old won his first World Series as a manager on Saturday. He won one as a player for the Los Angeles Dodger in 1981.

Click had replaced Jeff Luhnow, who was suspended from baseball and fired by the Astros after it was revealed the team had run a sign-stealing scheme en route to their World Series win in 2017. He previously had been the vice president of baseball operations for the Tampa Bay Rays. 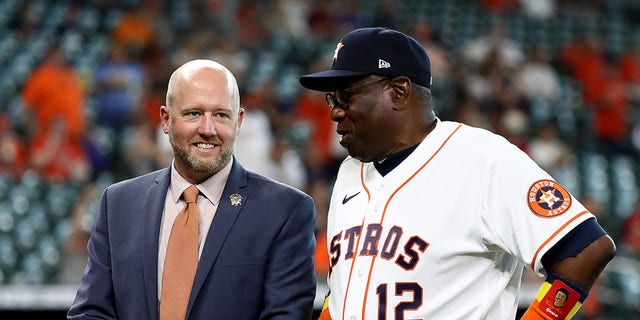 In Click’s three seasons with Houston, they made it to a Game 7 of the ALCS after being down 3-0 to the Tampa Bay Rays in 2020, and followed that up with back-to-back pennants.

The Astros beat the Philadelphia Phillies in six games.