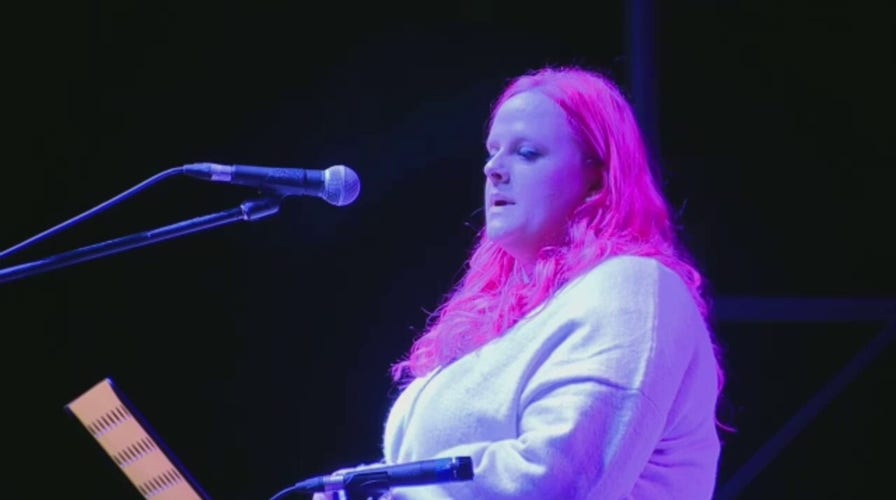 The mother of Athena Strand, a Texas girl who was found dead last week after being missing for several days, is speaking publicly for the first time.

Athena Strand’s mother on Thursday revealed what was inside the package delivered by the FedEx driver turned accused murderer of the 7-year-old girl kidnapped from her father’s Texas home.

“On Nov. 30, a FedEx delivery man drove onto Athena’s father’s property to deliver a package of what was supposed to be a Christmas present for our daughter. This is the package, and it’s the first time I’m seeing it,” an emotional Maitlyn Gandy said at a press conference outside the Wise County Courthouse.

Displayed was a package of six Barbie dolls. Emblazoned on the outside was the dollmaker’s slogan “You can be anything.” An exterior box had the logo for Walmart.

“Athena was robbed of the opportunity to grow up to be anything she wanted to be,” Gandy, who dyed her hair pink in her daughter’s honor, said. “And this present ordered out of innocence and love is one she will never receive. Athena’s favorite holiday was Christmas as it is for many children everywhere. The joy Athena gave her family, and the joy she felt on Christmas is something we will never feel with here again.” 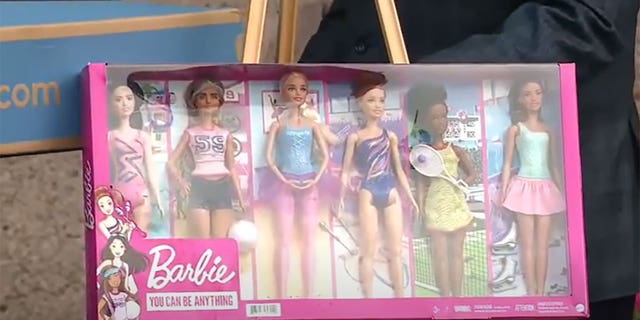 Tanner Lynn Horner, a 30-year-old contract driver for FedEx, is charged with capital murder and aggravated kidnapping in connection to Strand’s death. Horner, who previously worked as an Uber driver before he was reportedly banned from the platform, was held Saturday on a $1.5 million bond. 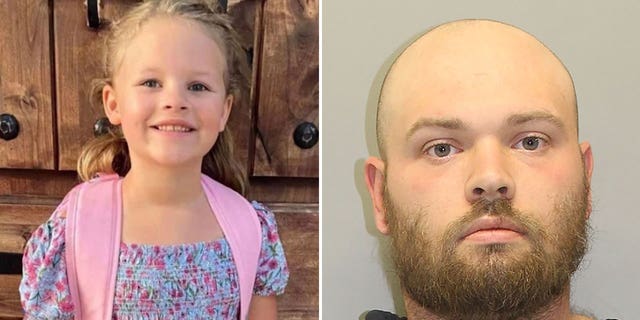 Horner allegedly admitted to abducting Strand while delivering a package to her father’s home in Paradise, Texas, on Dec. 2.

Two days later, the girl’s body was found less than 10 miles from her father’s property. The suspect reportedly did not know the victim or the girl’s family.

“That delivery driver admitting to kidnapping and killing my innocent, free spirited 7-year-old daughter,” Gandy said Thursday. “At the time of Athena’s abduction, she was staying with her stepmother and father in Paradise, Texas, doing what kids do, playing within the bounds of her father’s property. The same land he grew up and played on. The same land for 20 or more years, he, his siblings and all of his friends had been safe.” 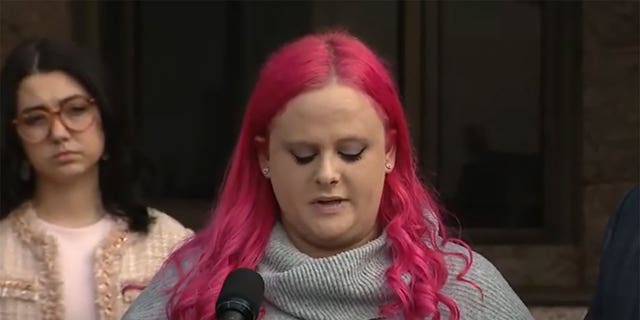 “I was supposed to bring Athena back home to Oklahoma after Christmas break,” the grieving mother said through tears. “Now instead Athena will be cremated, and she will come home in an urn because I’m not even close to being ready to let my baby go. I will never see her bright blue eyes or her ornery smile again. I will never be able to hear her say ‘I love you, mommy.’ I will never be able to do her hair again or to hold her while she sleeps. I was robbed of watching her grow up by a man everyone was supposed to be able to trust to do just one simple task: deliver a Christmas present and leave.” 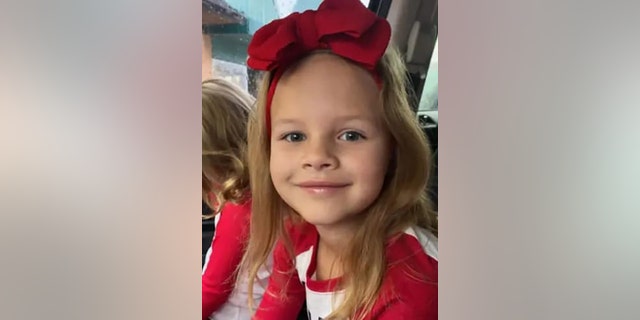 “Tomorrow will be the last time I will get to see my baby,” Gandy said. “After tomorrow, when the silence sets in, Athena’s family including her three young sisters, will start the journey of all of the firsts without her. Her little sister’s third birthday, then my 27th birthday, our Christmas Eve tradition, the first time in seven years of not seeing or hearing the excitement opening gifts from Santa and sissy. I ask everyone to hold your littles just a little tighter for me.” 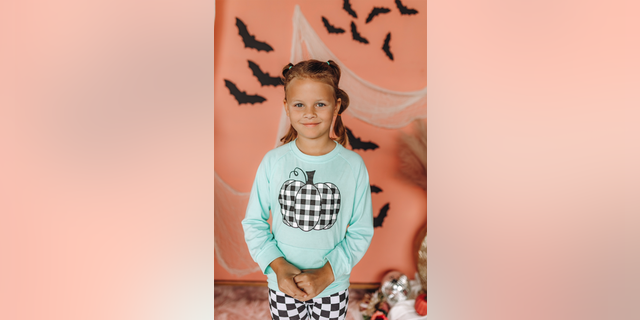 “I have felt your prayers, I have read your messages and your letters, and I have seen your pink everywhere,” Gandy said of the support from the community and law enforcement. “I want everyone to know Athena. She was an amazing little girl who loved dancing, singing and all animals, dogs, cats, horses, lizards and chinchillas. She also loved school and all of her friends in the first grade who are now also struggling with her senseless murder.”

Gandy’s attorneys have vowed to investigate the girl’s murder and promised “to hold any person or corporation accountable whose actions or inactions could have prevented this little girl’s tragic death.”

“A monster attempted to take Athena’s voice, but we are her voice,” Gandy said Thursday. “Screening and hiring policies must be put in place so that monsters wearing delivery uniforms don’t show up on our children’s doorsteps. Please help keep Athena’s light shining.”