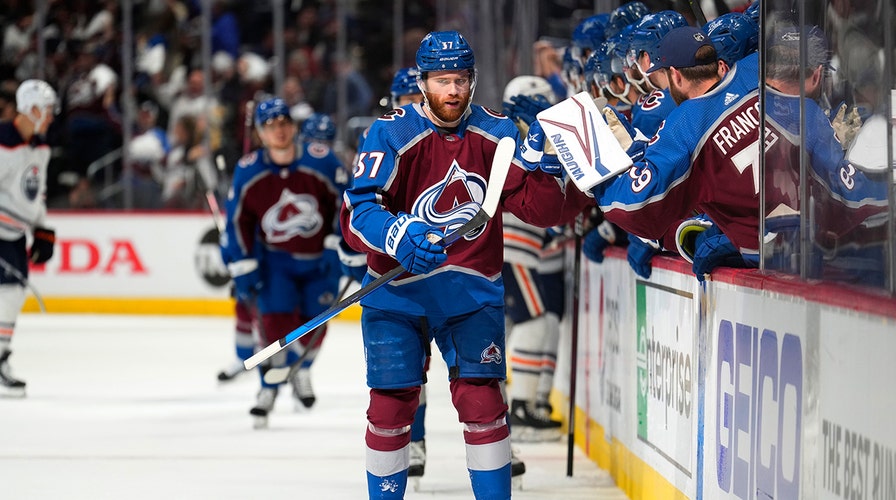 In a frenetic game that featured 14 goals, Colorado and Edmonton players came away with the same thought — defense can’t be so optional.

J.T. Compher scored twice, Cale Makar had a goal and two assists and the Avalanche held off the Oilers 8-6 on Tuesday night in a fast-paced, no-lead-felt-safe Game 1 of the Western Conference final. 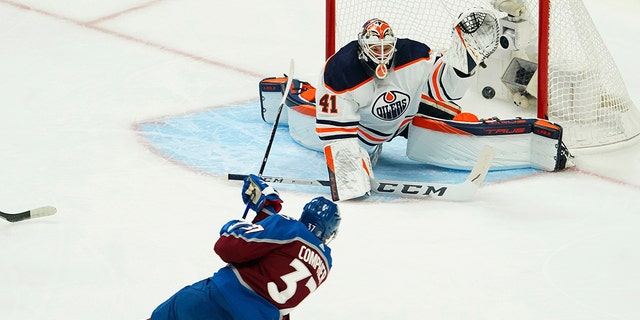 The goal-after-goal-after-goal routine had Hall of Famer Wayne Gretzky — the greatest scorer of all time — pleading on the TV broadcast for a little more “D.” The game is tied for 10th highest-scoring playoff game in NHL history, according to the league.

“There’s lots to clean up,” said Compher, whose team matched a franchise record for most goals in a playoff game. “We don’t want to play the game that we played tonight. We want to be tighter defensively.”

Even Colorado’s four-goal lead in the second period hardly felt secure in a matchup between the two highest-scoring teams in the postseason — and the win wasn’t in hand until Gabriel Landeskog’s empty-net goal with 21.4 seconds remaining.

Not only were there goals galore, but both teams needed to use backup goaltenders in a frenzied second period: Mike Smith was pulled after giving up six goals and Darcy Kuemper left with an upper-body injury (coach Jared Bednar didn’t have an update after the game).

This was a matchup billed as a showdown between stars Nathan MacKinnon and Connor McDavid and they delivered. MacKinnon had a goal and an assist for Colorado, and McDavid a goal and two assists for Edmonton. 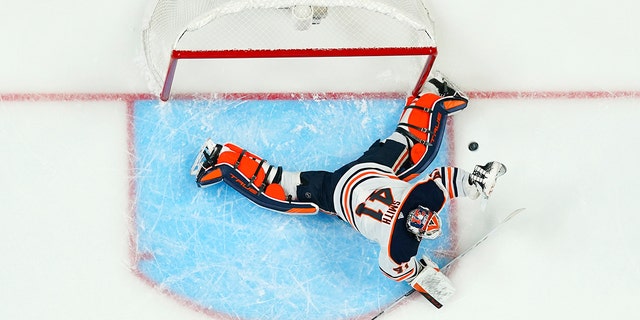 But it was the supporting casts that produced big time.

Nazem Kadri, Mikko Rantanen and Andrew Cogliano also scored for the Avalanche, who have a 19-6 series record when taking the first game of a best-of-seven since relocating to Denver. Twelve Avs recorded at least a point and six had multi-point games.

Evander Kane, Zach Hyman, Ryan McLeod, Derek Ryan and Ryan Nugent-Hopkins added goals for the Oilers. Hyman has scored in six straight postseason games to tie the team mark set by Esa Tikkanen in the 1990 playoffs. Thirteen Oilers had at least a point.

Edmonton and Colorado scored six times over a 6:43 span — nearly a goal a minute. And the opening two periods saw 11 total goals. At times, it looked more like an All-Star Game rather than a conference final.

Edmonton is no stranger to dropping the first game of a series in high-scoring fashion: The Oilers lost Game 1 of the second-round series at Calgary 9-6 but won in five games.

“We obviously have to change something here,” said Oilers forward Leon Draisaitl, who had two assists. “We can’t be giving up that many goals and expect to win a Western Conference final game.”

Compher’s second goal of the game made it 6-3 and ended the night of Smith, who allowed six goals on 25 shots in just over 26 minutes. Mikko Koskinen came on in relief.

“When you’re on the bench halfway through the game, it’s not a good sign,” Smith said. “In saying that, it’s one game.”

Kuemper left the game in the second period as well, after surrendering three goals on 16 shots. He was replaced by Pavel Francouz, who didn’t have much time to warm up.

“We all know what kind of players are on these two teams and we didn’t plan to play such a game,” Francouz said. “But we take this win for sure and we move forward.” 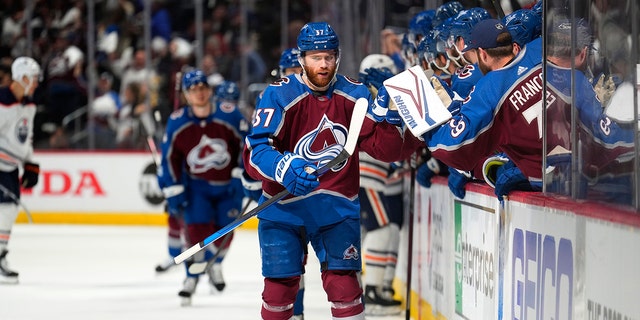 After Cogliano’s goal gave Colorado a 7-3 lead late in the second, it looked like the game might be in hand. But with 7:24 left in the third, Edmonton made it 7-6 on Nugent-Hopkins’ power-play goal.

The Oilers pulled Koskinen with under two minutes remaining but couldn’t score despite a wave of chances.

“Definitely have some things to clean up but happy we got the win,” MacKinnon said.

Oilers assistant coach Dave Manson went over to visit his granddaughter after practice Monday. Oh, and his son, too — Avalanche defenseman Josh Manson.

“They played a bunch and she was all over them. So it was great,” the defenseman said. “Made me happy, too.”

Hall of Fame QB John Elway joined Gretzky and the crew on TNT’s pregame show. Elway praised the work of Joe Sakic, the Avs’ Hall of Fame player who is now their GM.

Elway won two Super Bowls as a player for the Broncos and another as an executive. Sakic captured two Stanley Cup titles as an Avalanche player and is trying to deliver another calling the shots from the front office.

“I’ve got so much respect for Joe,” Elway said. “When he first started we had some conversations. And then things weren’t going very well, he says, ‘Why’d you ever get me into this?’ But he’s come back and he’s done a heck of a job.”