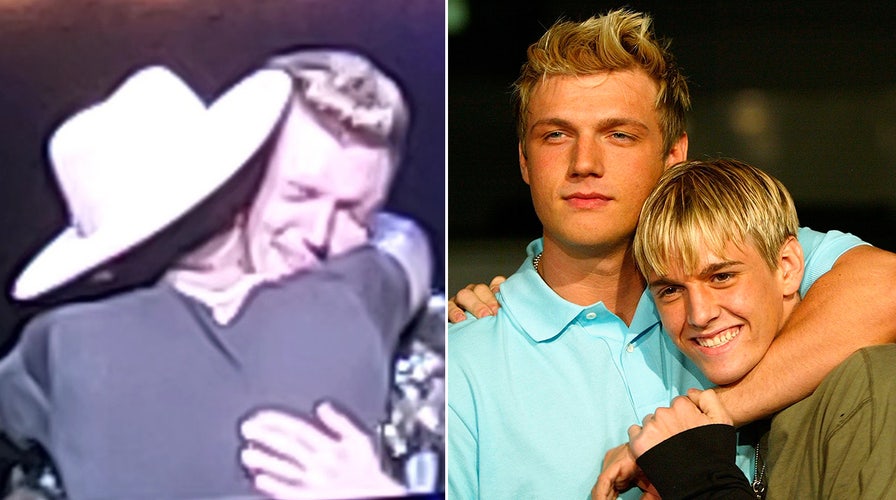 Nick Carter was overcome with emotions Sunday in his first performance with the Backstreet Boys following the death of his younger brother, Aaron Carter, on Saturday. Aaron was 34 years old.

The 42-year-old singer broke down in tears between songs with the group at London’s O2 Arena as Kevin Richardson joined fans in mourning the loss of the “I Want Candy” musician who died at home in Lancaster, Calif.

“Tonight we got a little bit of heavy hearts because we lost one of our family members yesterday,” Richardson said just after the group sang “No Place.” A video montage of the group’s family members flashed on screens, with the last shot showing a picture of Nick’s little brother along with, “Aaron Carter 1987-2022.”

“We just wanted to find a moment in our show to recognize him. Nick’s little brother, Aaron Carter, passed away yesterday at 43 years old,” Richardson said, mistakenly mixing up Aaron’s real age of 34 years old. 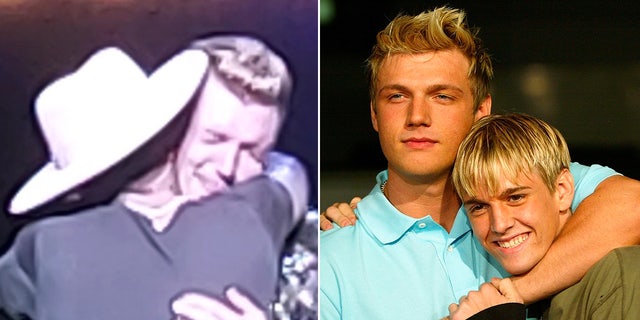 Nick Carter was visibly emotional during first concert with Backstreet Boys after the death of his brother, Aaron Carter.
(SplashNews.com/Getty Images)

“He was a part of our family and we thank you guys for all the love and all your well wishes and all your support.”

“We’d like to dedicate this next song to our little brother Aaron Carter. You’ll definitely be missed brother,” Howie Dorough said. “May you rest in peace.” The group then sang their 2013 hit, “Breathe.”

Aaron died Saturday at his home in Lancaster, roughly 70 miles north of Los Angeles. Deputies responded to a call “regarding a rescue” at approximately 11 a.m. on Nov. 5. 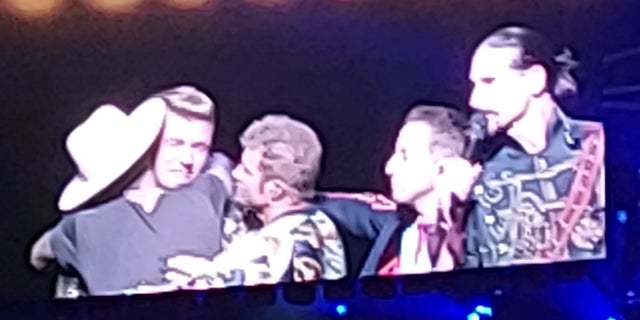 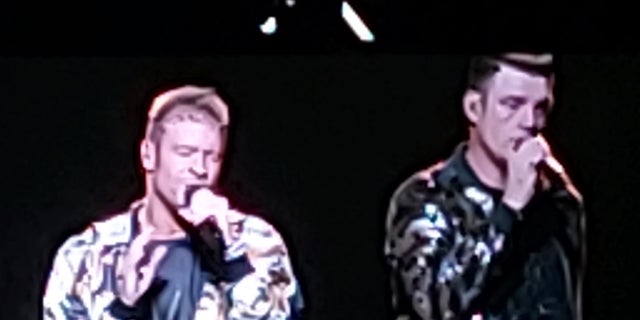 “The informant in the call (house sitter) stated she found a male unresponsive in the bath tub,” according to a release. “She was advised by the dispatcher to begin cardio pulmonary resuscitation (CPR) prior to the deputies arrival.Shortly after the deputies arrived, Fire department personnel arrived and pronounced the male deceased at the scene.”

Aaronand Nick had a challenging relationship which was often publicly displayed in various Twitter arguments or talk show sit-downs.

Nick said his “heart is broken” as he addressed Aaron’s death on Instagram Sunday.

“Even though my brother and I have had a complicated relationship, my love for him has never ever faded,” he wrote. “I have always held on to the hope that he would somehow, someday want to walk a healthy path and eventually find the help that he so desperately needed.

“Sometimes we want to blame someone or something for a loss, but the truth is that addiction and mental illness is the real villain here. I will miss my brother more than anyone will ever know. I love you Chizz. Now you can finally have the peace you could never find here on earth….I love you baby brother.”

Aaron battled addiction issues through the years, but had just recently performed on stage and was attempting a comeback. He is survived by 11-month-old son, Prince Lyric.