North Carolina-based Bank of America recently came under fire over a reported plan to offer zero-down mortgages in minority communities, with some critics lodging complaints over the racial aspect, while others warned it reminded them of the preceding months of the 2008 banking collapse.

On “Special Report,” Bank of America CEO Brian Moynihan was asked about the policy, to which he said it is intended to attract all aspects of investment to underprivileged communities.

Some conservatives lambasted Bank of America over the announcement, with ACT For America’s Brigitte Gabriel asking about the policy for “middle-class White families,” and former Trump adviser and speechwriter Stephen Miller retweeting the report with a solicitation for “legal aid” from his organization, America First Legal. 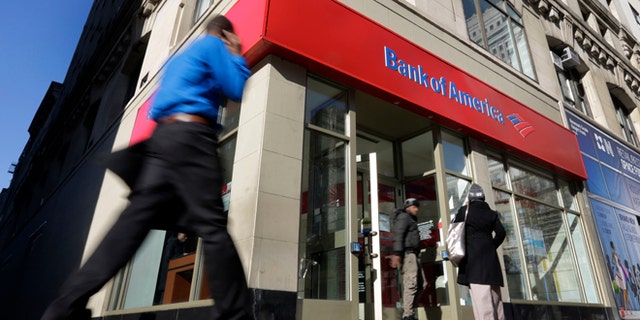 “Back in the [Gerald] Ford administration in 1974, there was an Equal Credit Opportunity Act. And under that were created the ability to make loans in neighborhoods that are not economically vibrant,” he said.

“So this is about granting a down-payment – which we’ve been doing with lots of special programs for years – to a buyer who, no matter who they are, as long as they meet the income requirements, to buy a house in a majority-minority neighborhood.”

Moynihan said the program is not geared toward particular races of investors or buyers, but that the variable is instead the location of the investment.

He said Bank of America previously engaged in a program that accrued $5 billion in investments for low-to-moderate income financing applicants in 2021.

As for concerns the mortgage program could precipitate another housing bust, Moynihan said the bank’s financial outlook is sound.

“There’s no one that had to do more to get us in position in this company after we bought Countrywide and straightened that out, believe me, our loan-to-value in our mortgage portfolio is in the 60% range,” he said.

“So it’s very well suited [with] high FICO scores, etc. So delinquencies are next to nothing. So I wouldn’t worry about that”