President Biden was hustled to a secure location Saturday afternoon after an airplane entered restricted airspace near his beach home in Rehoboth Beach, Delaware.

After the airplane was detected, Biden was moved quickly to a nearby fire station.

“Preliminary investigation reveals the pilot was not on the proper radio channel, was not following the NOTAMS (Notice to Airmen) that had been filed and was not following published flight guidance,” the officials continued. “The United States Secret Service will be interviewing the pilot.”

BIDEN SPARS WITH MUSK OVER ECONOMY AND SETS OFF TWITTER: GOOD LUCK ON ‘TRIP TO THE MOON’

Alan Henney, an independent reporter in the DC area, reported the developments as they unfolded.

BIDEN HAS ‘NO DIRECT PLANS’ TO TRAVEL TO SAUDI ARABIA

A Republican Party convention is also underway in the same area at City Hall. 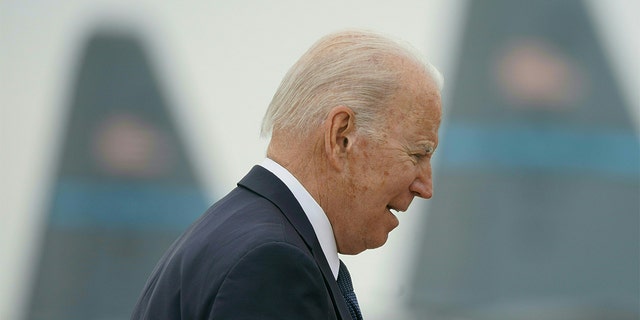 Not long after the alarm, the Bidens were confirmed safe and at home. The U.S. Secret Service does not believe there is any ongoing threat.