President Biden gave a commencement address Saturday at his alma mater, University of Delaware, for their 2022 graduation ceremony.

Biden, who graduated from the university in 1965, spoke to the graduating class about his history at the university before his career in politics and his hopes for future generations of Blue Hens.

The president talked extensively about his time in academia, reminiscing, “I once walked this campus as you did. Took the classes in the same classrooms you’ve taken classes. Walked the graduation ceremony just as you’re walking today. Some of the best and most important years of my life has been here.”

Speaking about recent struggles in the U.S., Biden highlighted the mass shooting in Uvalde, Texas, where 19 children and two teachers were shot and killed by a lone gunman.

“In the face of such destructive forces we have to stand stronger. We must stand stronger,” Biden told the audience. “We cannot outlaw tragedy, I know, but we can make America safer. We can finally do what we have to protect the lives of the people and of our children.” 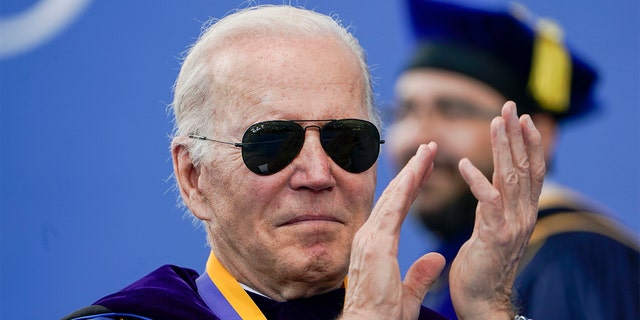 Biden pressed the importance of the coming generation to define the American identity and decide the values the country will hold into the future.

“It’s your generation, more than anyone else who will have to answer the question, who are we? What do we stand for? What do we believe? Who will we be?” Biden asked.

At one point, Biden recalled his time teaching at University of Pennsylvania, saying that by that point in his life, he had no desire to run for office again after the death of his son Beau. 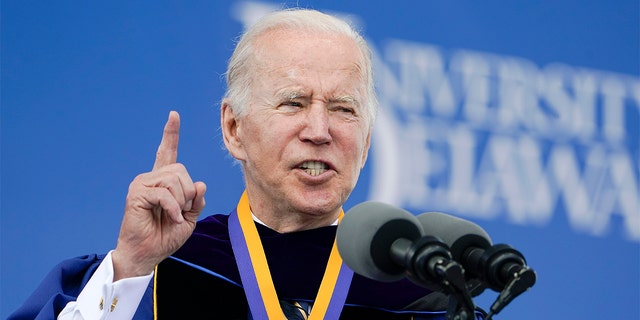 President Biden delivers his keynote address to the University of Delaware Class of 2022 during its commencement ceremony in Newark, Del., Saturday, May 28, 2022.  (AP Photo/Manuel Balce Ceneta)

The president went on say that it was the “Unite the Right” rally in Charlottesville in 2017 that inspired him to seek the nomination for president from the Democratic Party.

“The progress in our country has always been met with ferocious pushback from the oldest and darkest forces in America always,” Biden told the audience. “We should not be surprised that these same forces are fighting back again, preying on hopelessness and despair, demonizing people who don’t look like them, doing everything no matter how desperate to hold on to power.”