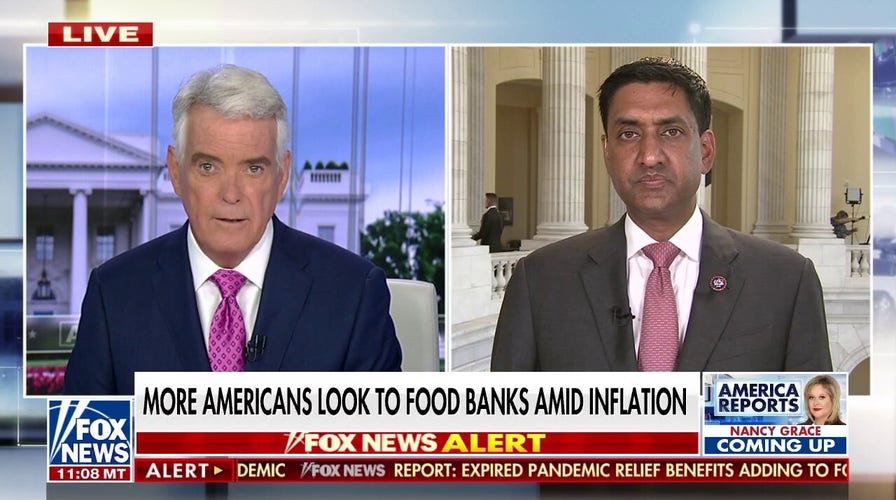 The President can do ‘more’ to combat inflation: Rep. Khanna

Rep. Ro Khanna, D-Calif., calls on the President and Congress to do more to provide ‘economic relief’ for Americans as inflation soars and offers support for President Biden’s reelection bid.

President Joe Biden is under fire for appearing to take a victory lap on declining gasoline prices, while much of the country continues to face skyrocketing inflation.

“People are hurting,” said Rep. Roger Williams, R-Texas. “They don’t want to take responsibility for causing inflation by spending too much during a supply chain crisis, but they’re sure willing to take credit the second prices come down a little… because Democrats are hurting and it’s an election year.”

In the past 12 months, inflation has risen 9.1% resulting in the largest increase since the early 1980s. The impact has been felt hardest by American workers and small business owners.

Jared Bernstein, a senior economic adviser to the administration, said the result was the fasted decline in retail gas prices in at least a decade.

“At current prices, the average American driver will spend about $25 per month less on gasoline than they would have if prices had stayed at their June peak,” Bernstein told reporters at the White House. “Economy-wide, that means American drivers are saving around $190 million each day from lower gas prices.”

The disparate response to sinking gasoline prices and rising inflation has GOP lawmakers saying a double standard is at play.

“This is really hypocritical on their part,” said Rep. Blaine Luetkemeyer of Missouri, the top Republican on the House Small Business Committee. “They run prices up more than double because of regulations, then there is a little decrease, and they tout that. It’s insulting.”

SEN. RICK SCOTT PREDICTS ‘BLOODBATH’ FOR DEMS IN MIDTERMS, SAYS ISSUES LIKE INFLATION WILL BE FOCUS, NOT TRUMP 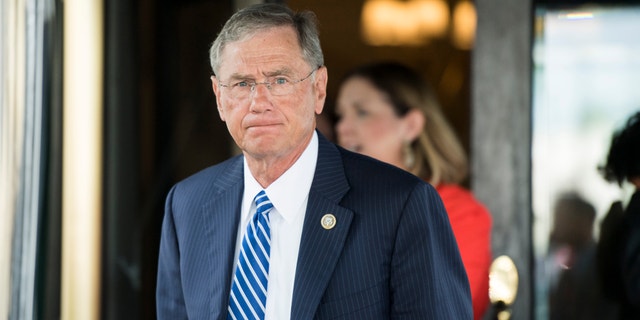 Administration officials dispute the framing. Many simply say they are highlighting the credit Biden deserves for taking swift action, including tapping the Strategic Petroleum Reserve and pressuring U.S. allies to pump more oil.

“He put his head down and got to work, and got us to work, to do everything we could to achieve that goal,” said Bernstein.

Williams, who also serves on the Small Business Committee and is a car dealer by trade, contends that Biden’s policies have had little impact on declining gas prices.

“I’m the first one to tell if you people are driving or buying cars and they’re not at the moment,” said the Texas Republican. “I mean, you can’t afford to pay this unbelievable [price] per gallon.” 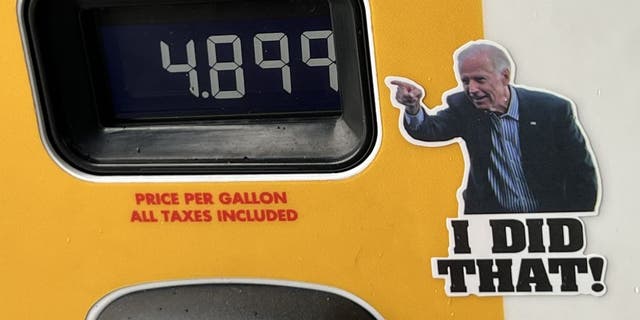 A satirical protest sticker critical of American President Joe Biden, with text reading I Did That, has been placed on a gasoline pump in Lafayette, California, likely to imply responsibility for high gasoline prices, Dec. 29, 2021. (Smith Collection/Gado/Getty Images)

The sentiment and others like it were echoed by small business owners at a roundtable hosted by Republicans on Tuesday. The event was largely focused on the impact that inflation and rising interest rates were having on Main Street America.

Most of those in attendance described the hardships they were facing as prices continued to skyrocket. Small business owners told the committee they were struggling not to pass on to consumers the increased cost they were seeing in the material and resources needed to operate.