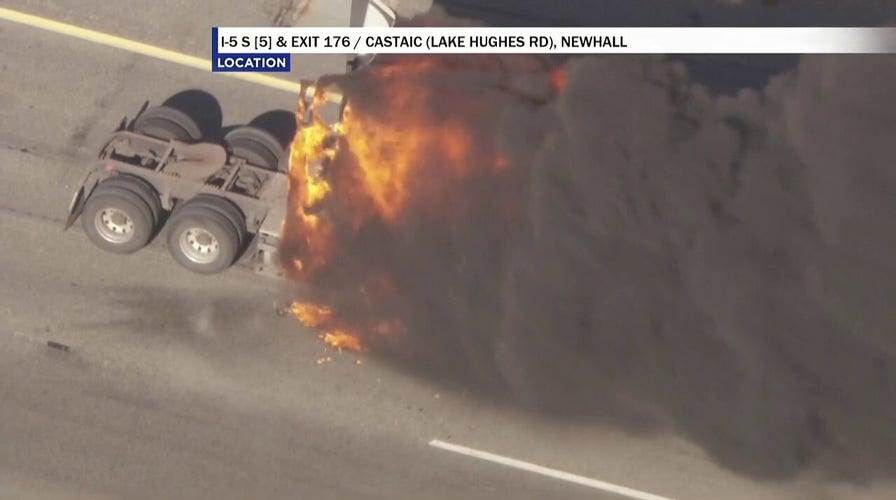 A commercial big rig exploded into flames Thursday in the middle of a freeway during a police chase in Southern California.

The truck was reportedly stolen, according to Fox Los Angeles. Deputies with the California Highway Patrol followed the truck just north of Los Angeles onto Interstate 5.

Authorities made several attempts to stop the driver with spike strips. The vehicle eventually hit a set of strips laid out on the freeway while traveling south. A front passenger tire was punctured. 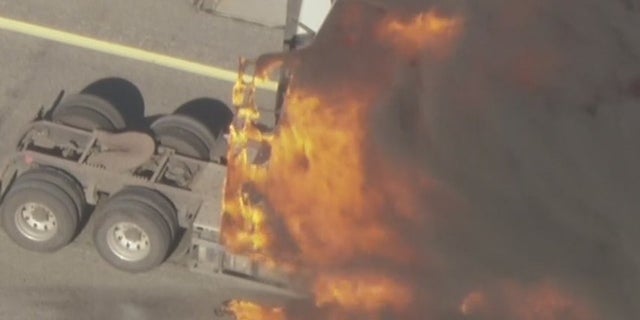 A big rig was engulfed in flames Thursday during a police pursuit in California.
(Fox Los Angeles)

At one point, the driver was seen by news helicopters writing on a piece of paper and holding it up to the windshield, the news outlet reported.

It was unclear what he wrote.

The unidentified driver continued on the road and the front driver’s side of the truck caught fire. Helicopter footage shows the big rig slowly becoming engulfed in flames.

The driver eventually pulled over, got out and appeared to surrender to authorities.

Fox News Digital has reached out to CHP.