Talk show host Bill Maher has railed against the fat acceptance movement — which he said has become a national security issue as obesity rates drive down military recruitment.

‘It’s literally a national security issue now,’ Maher said in the closing monologue of his show Real Time with Bill Maher on Friday night. ‘Military recruitment is down by the most since the end of the draft, because mainly 17 to 24 year olds are too fat to fight.’

He cited a 2019 New York Times article showing that about one-third of potential recruits are too overweight to enlist in the US military.

The article also noted that obesity rates in the Army, Air Force and Marine Corps have doubled in less than a decade, while in the Navy, obesity rates have risen six-fold since 2011.

Those rates could negatively impact ‘physical performance and military readiness,’ the authors of the Defense Department’s Medical Surveillance Monthly Report wrote at the time.

‘At some point, acceptance becomes enabling,’ Maher said of what he describes as the ‘Orwellian’ fat acceptance movement.

‘And if you’re in any way participating in this joyful celebration of gluttony that goes on now, you have blood on your hands, full stop.’

‘You can make believe you’re fighting some great social justice battle for a besieged minority, but what you’re really doing is enabling addicts — which I thought we decided was bad.’ 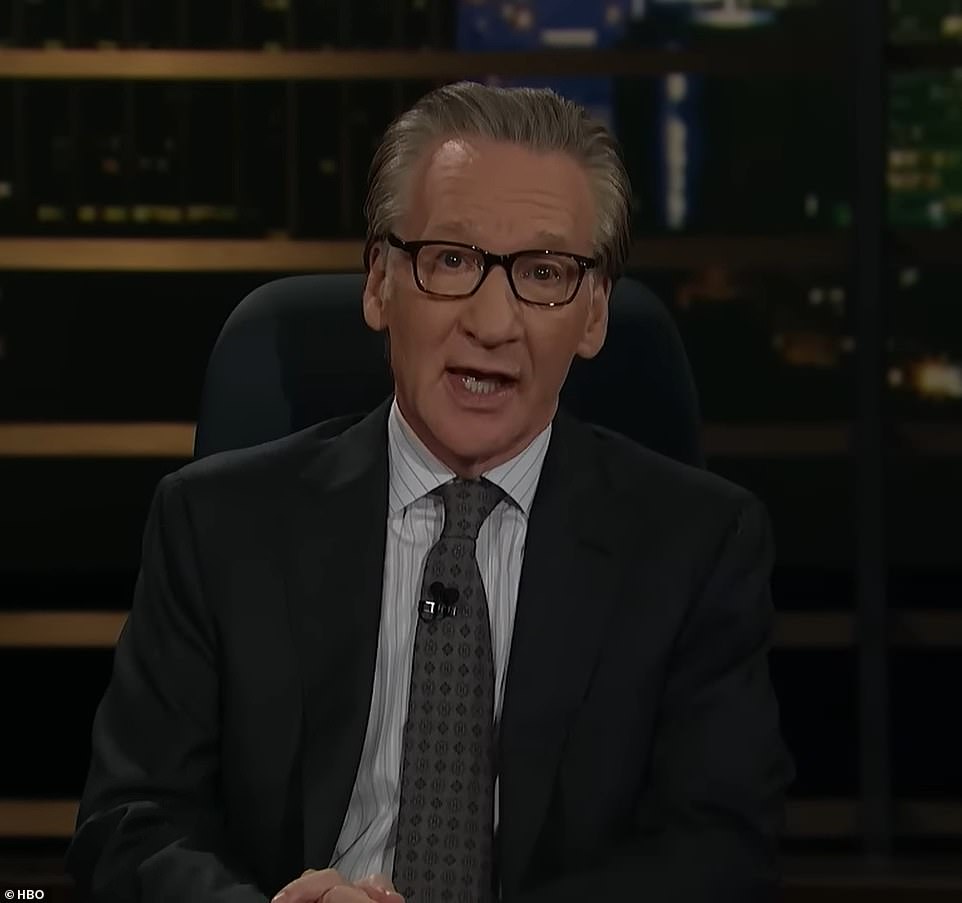 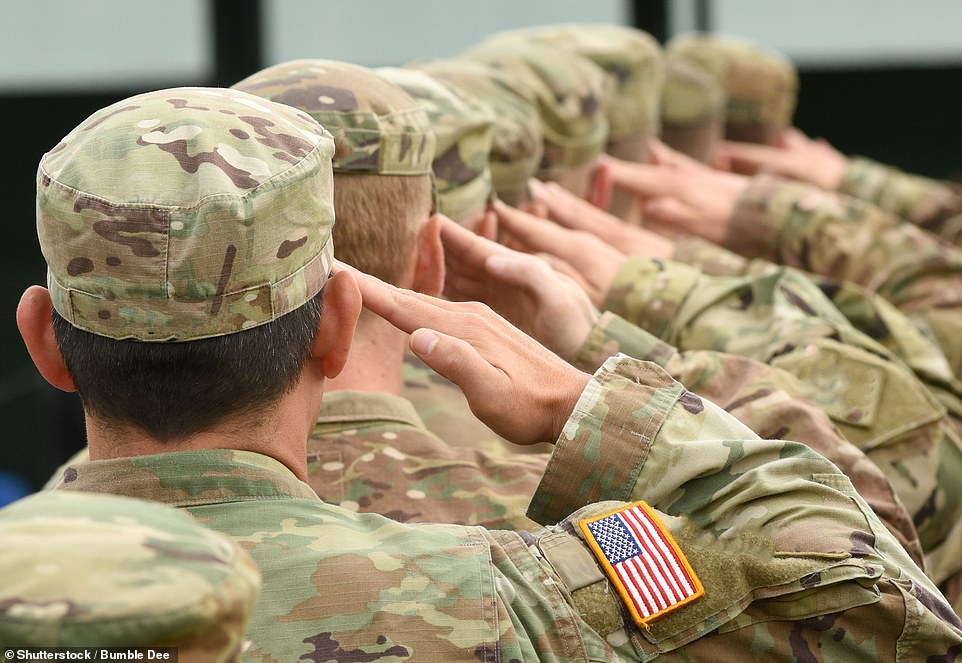 Maher began his closing monologue on Friday by saying: ‘Everybody should be allowed to let themselves go a couple of times a year — like now, the dog days of summer. School’s out, rules out.

‘And the holidays, that’s the other “OK I’ll let myself go” time of year, and who can blame us — it’s the end of the year, structured around feast days.’

But, he said: ‘There’s a disturbing trend going on in America these days: rewriting science to fit ideology or just to fit what you want reality to be.

Maher then went on to explain that the notion of ‘healthy at any weight is an unchallenged lie that people tell themselves [so] they can go on eating whatever they want.

‘Obesity is horrible for the immune system,’ he said, noting that it could lead to increased risk of heart disease, diabetes, cancer and stroke.

And during the coronavirus pandemic, many studies found that those with the greatest risk of dying from the novel virus were those who were obese. 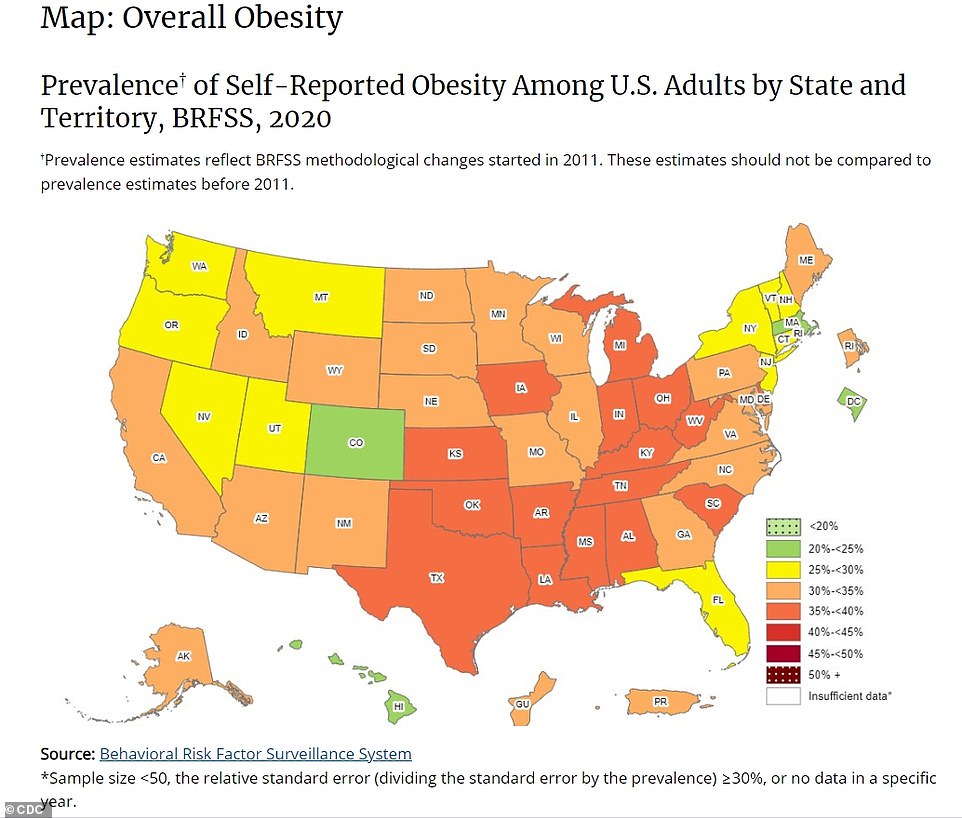 According to the Centers for Disease Control, all states and territories reported having more than 20 percent of adults were obese 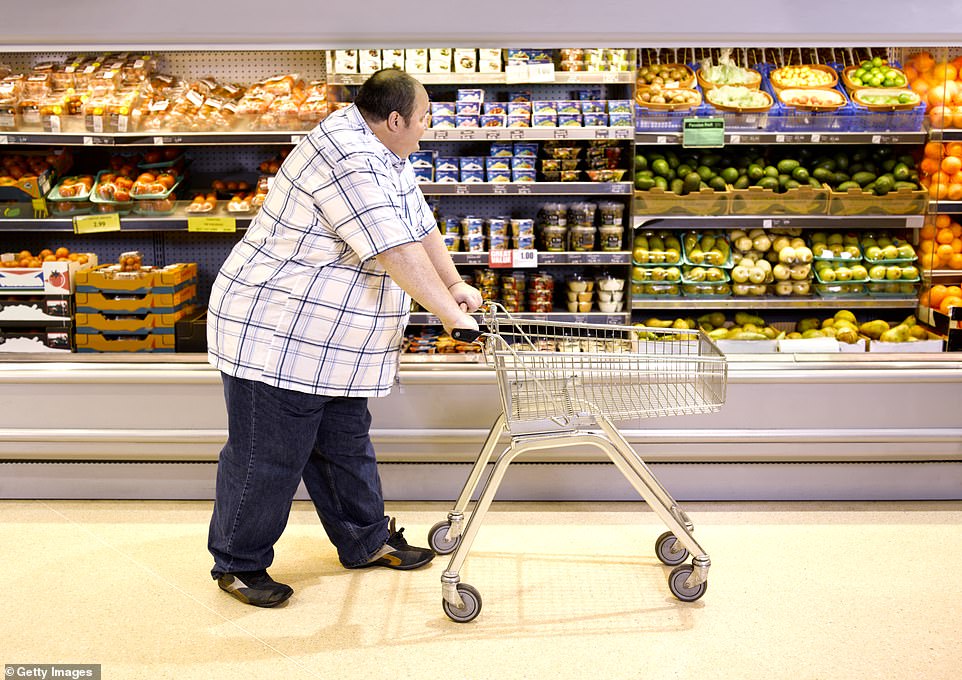 The country’s obesity rate has been increasing over the past four decades, according to a study by Johns Hopkins University

But the obesity rate has only been increasing over the years.

According to a study by Johns Hopkins University in December, the country’s average Body Mass Index, a measure of body fat based on height, weight and age, increased 4.6 points over the past four decades.

As a result, the Washington Post reports, the number of overweight people between the ages of 18 to 25 went from about 18 percent in the late 1970s to nearly 24 percent by 2018.

The largest spike in weight measurements, however, was in the prevalence of obesity — defined as having a Body Mass Index of 30 or higher — which increased from about 6 percent to nearly 33 percent over that time period.

And at the same time, the percentage of adults with a BMI indicating a normal weight dropped from about 69 percent to 38 percent.

Now, the Centers for Disease Control says, the U.S. obesity rate was 41.9 percent from 2017 through March 2020, and in 2020, all states and territories reported having more than 20 percent of adults were obese.

‘Somehow 50 years ago, this country looked entirely different,’ Maher said in his closing monologue. ‘You don’t think it was a struggle for them? You think cake wasn’t delicious in 1969?’

‘And that’s the saddest part, because we can do this, I think, but by lying about it and making excuses, psychologically it’s telling ourselves that letting ourselves go is the best we can do.

‘And I got to believe that as Americans we can still do better than that.’