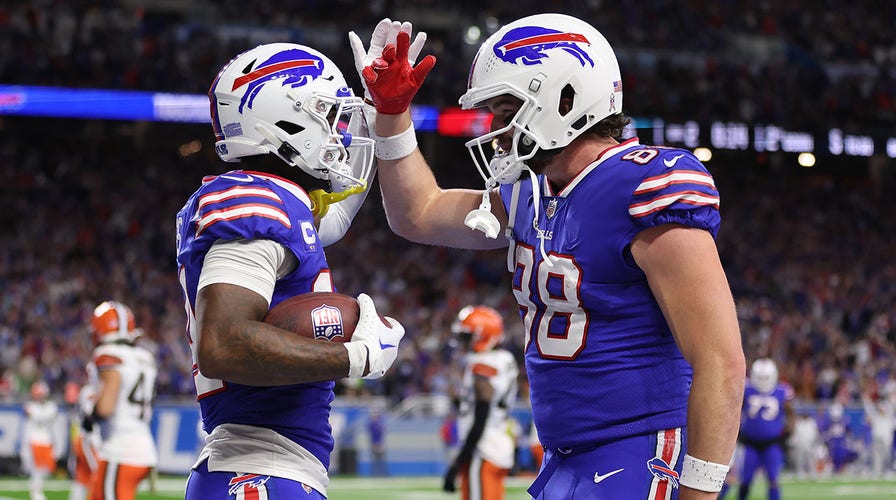 The Buffalo Bills avoided a three-game slide on Sunday with a victory over the Cleveland Browns but an unproductive first half for wide receiver Stefon Diggs left the two-time Pro Bowler visibly frustrated on the sideline.

That was until he had a chat with head coach Sean McDermott. 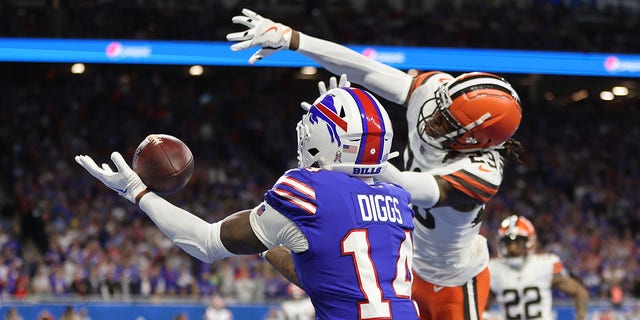 Stefon Diggs of the Buffalo Bills attempts to catch a touchdown while Martin Emerson Jr. of the Cleveland Browns defends at Ford Field on Nov. 20, 2022, in Detroit, Michigan.
(Gregory Shamus/Getty Images)

Diggs was not targeted at all during the first half until he caught a short 5-yard touchdown pass from Josh Allen late in the second quarter to give Buffalo a 13-10 lead heading into halftime.

But prior to that – seemingly frustrated with his lack of usage – he was seen having a one-on-one talk with McDermott.

“He always has the right words to say,” Diggs told the NFL Network during an interview on the field after the game. “My head coach does a great job of keeping everybody level-headed and everybody in the right space to go out there and execute.” 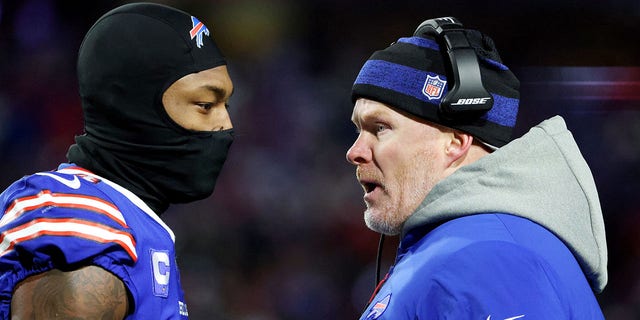 Diggs went 4-of-5 for 48 yards and one touchdown, becoming the first Bills player in franchise history to surpass 1,000 yards receiving in just 10 games.

It’s unclear what McDermott told Diggs, but it was clearly the motivation he needed to help boost the offense. 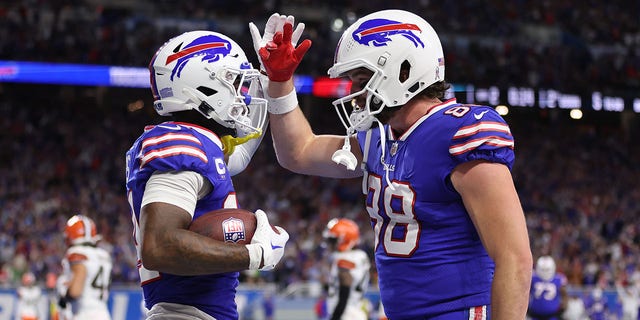 Stefon Diggs and Dawson Knox of the Buffalo Bills celebrate after Diggs’ touchdown against the Cleveland Browns on Nov. 20, 2022, in Detroit, Michigan.
(Gregory Shamus/Getty Images)

The Bills return to Detroit on a short week, playing the Lions on Thanksgiving.