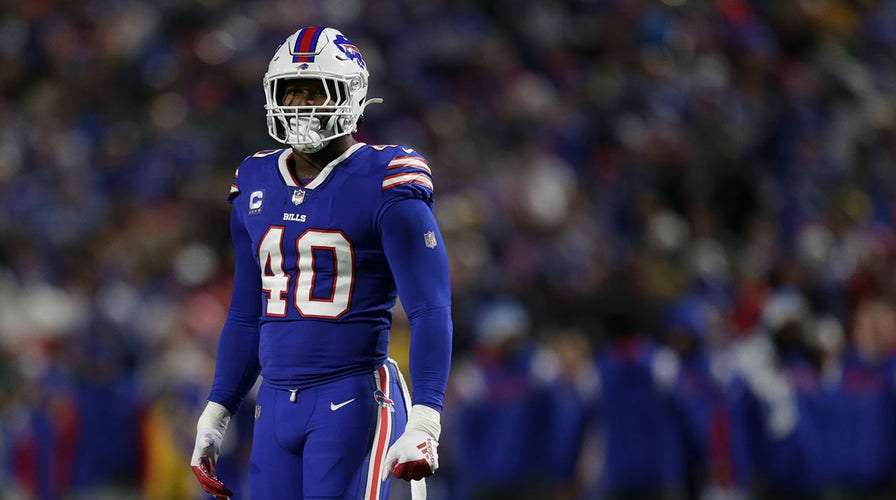 Buffalo Bills veteran linebacker Von Miller will be out for the remainder of the season. Head coach Sean McDermott announced Wednesday that Miller underwent surgery to repair an ACL injury.

McDermott told reporters Miller underwent an exploratory surgery in Texas Tuesday after sustaining a knee injury during the Bills’ Week 12 game against the Detroit Lions. During the procedure, surgeons discovered Miller needed an ACL repair. 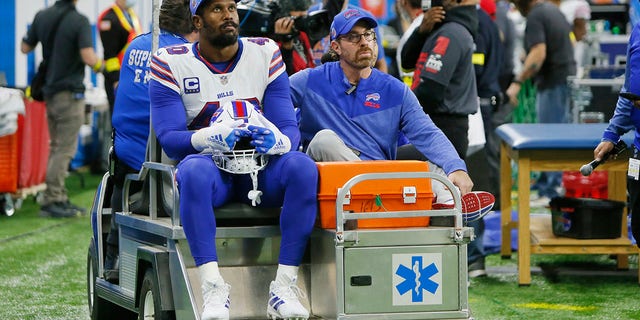 Buffalo Bills linebacker Von Miller (40) is carted off the field during the first half of a game against the Detroit Lions Nov. 24, 2022, in Detroit.
(AP Photo/Duane Burleson)

“Von underwent surgery yesterday. It was an exploratory-type of surgery, and it turned out that he got an ACL repair in there. So he’ll be out for the year,” McDemott said.

“Very unfortunate situation for Von and obviously our team. We care for him obviously, like we would any player. We know how much this means to him in terms of playing and being with the team. We look forward to getting him back, obviously off the field for the rest of the season and his leadership. And we’re certainly thinking about him as he recovers.”

Miller revealed on his podcast late last month that he suffered “some lateral meniscus damage” but had hoped to be back by Buffalo’s Week 14 divisional matchup against the New York Jets. 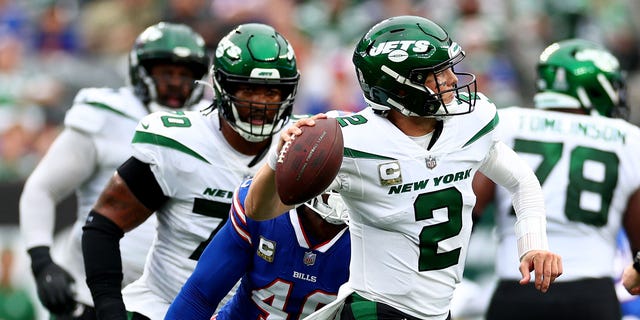 Zach Wilson (2) of the New York Jets scrambles as Von Miller (40) of the Buffalo Bills closes in during the second half at MetLife Stadium Nov. 6, 2022 in East Rutherford, N.J.
(Elsa/Getty Images)

“I didn’t tear my ACL, that was the huge part of it. I do have some lateral meniscus damage, and it’s going to have to be addressed. But I do feel like I can play through that,” he said at the time. 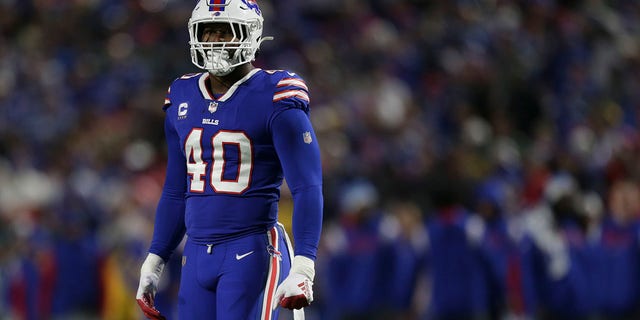 Von Miller of the Buffalo Bills during the fourth quarter against the Green Bay Packers at Highmark Stadium Oct. 30, 2022, in Orchard Park, N.Y.
(Joshua Bessex/Getty Images)

“We’ve got guys that were brought here for a reason and, like I said, I thought they did a good job in the game the other night (against New England), and the work continues for all of us and those guys as well,” McDermott said Wednesday.

“It’s a great opportunity for them.”