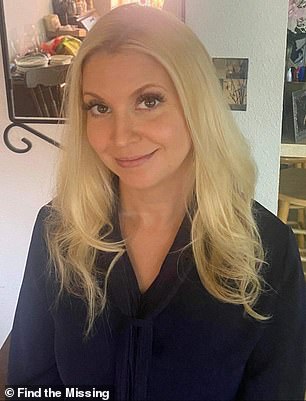 Chrissy Powell’s decomposing body went unnoticed for three weeks in her car in a mall parking lot, DailyMail.com can reveal

The decomposing body of missing Texas mom Chrissy Powell sat unnoticed for nearly three weeks in the parking lot where she was eventually found, DailyMail.com can disclose.

The mom-of-two was last seen at 10.34am on July 5 and was captured in haunting doorbell footage as she headed to her paralegal job.

DailyMail.com can reveal her 2020 Nissan Rogue was caught on camera 30 minutes later, entering the lot at the upscale Huebner Oaks Mall in San Antonio, Texas, just after 11am.

Powell, 39, was finally found on July 23, slumped in the front passenger seat of her black SUV by a security guard who first spotted the car on July 11 but didn’t check it until he realized it hadn’t moved for 12 days.

According to the San Antonio Police Department, the guard noticed a foul odor when he approached the vehicle and called in cops at 6.45pm after seeing Powell inside the car.

Security video, obtained from a nearby jewelry store by the cops and described to DailyMail.com by Powell’s mother Claudia Mobley, 70, showed that no one got in or out of the vehicle after it arrived on July 5 and that Powell was alone in the car.

The Bexar County Medical Examiner is yet to announce a cause of death but Mobley told DailyMail.com they believe Powell died from hyperthermia or overheating.

On July 5, San Antonio was roasting in 93F heat with temperatures climbing to 100F on July 11 when the car was first spotted. By the 23rd when Powell was found, the temperature had dropped slightly to 95F.

In an exclusive interview with DailyMail.com, Mobley said she believes her daughter, who suffered from anxiety, must have felt unwell and was overcome by the heat. She does not believe her daughter committed suicide or intended to die and said she was furious that security guards took so long to check the car. 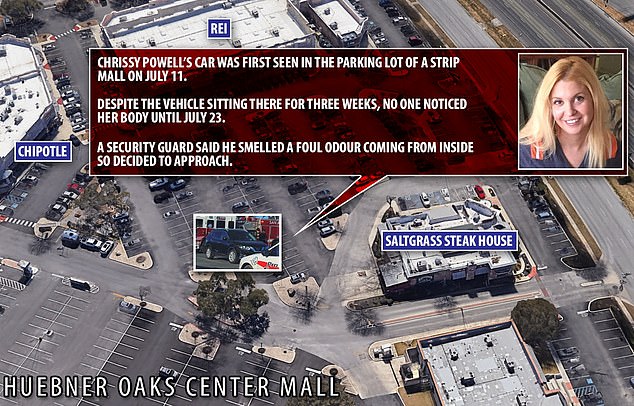 Chrissy’s vehicle was found in the parking lot of the Huebner Oaks strip mall in San Antonio, Texas, on Saturday July 23. A security guard said he first spotted the car on July 11 but didn’t check it until July 23 when he realized it hadn’t moved for 12 days 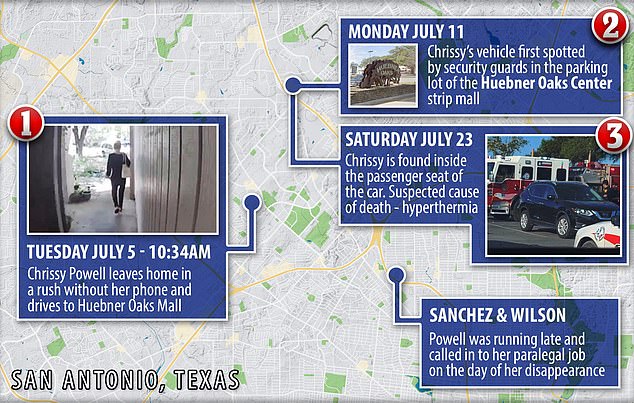 Chrissy vanished from her home on July 5. She drove four miles to the Huebner Oaks Center strip mall – which appears to be in the opposite direction from her job at the law firm Sanchez and Wilson 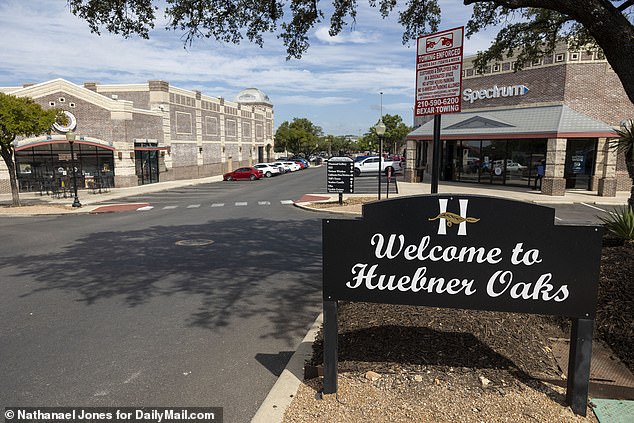 Powell’s car was seen on security camera arriving at the lot at the Huebner Oaks Mall in San Antonio, Texas, 30 minutes after she left home in a rush on July 5 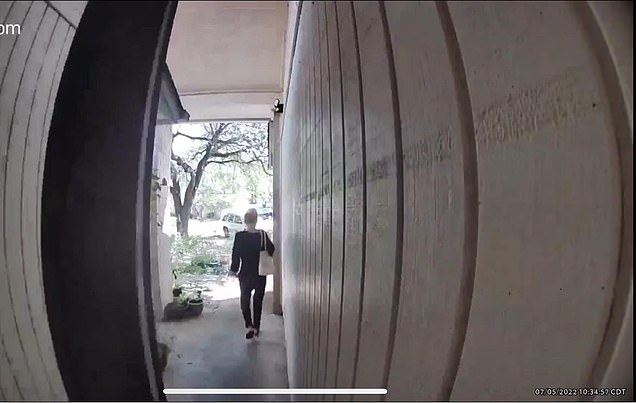 Powell, who was driving a black 2020 Nissan Rouge, left her iPhone at home in her rush out the door. She called her job to let them know she was running late but never showed up

Mobley said: ‘I don’t understand how the car could have been there two-and-a-half weeks and they didn’t even notice it until July 11.

‘That was that particular security guard’s first day, I’m told. First day at work. It is shocking, it really is. It just makes me quite sick to think about it.’ 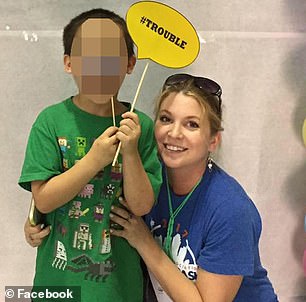 Powell has a 12-year-old son and a three-year-old. She and her 12-year-old were living with her mother

She added: ‘It does seem wrong but I don’t know what to do about it.’

It was only the officer’s second day on the job when he discovered Powell’s body. His first day, he had just taken note of her parked SUV.

Security at Huebner Oaks is provided by Waco-based firm Pro Security Group Inc which is owned by Denise Nicholson, 53, and Jason Kuykendall, 46.

Nicholson holds multiple licenses, including as a commissioned security officer, a private investigator and an expert at installing alarm systems.

She is also licensed to teach security guarding courses and was handed an award for outstanding customer service by Associated Security Services and Investigators of Texas (ASSIST) in 2012.

Kuykendall is a reserve police officer in Marlin, Texas, and holds multiple licenses including as a security officer and private investigator.

The firm’s tagline is ‘your safety is our priority’ while its website boasts of its ‘unparalleled customer service’, its ‘excellent security services’ and a ’24-hour communication center’.

Signs posted at the entrance to the mall claim 24/7 security and note that cars that stay too long will be removed by Bexar Towing – a local firm. 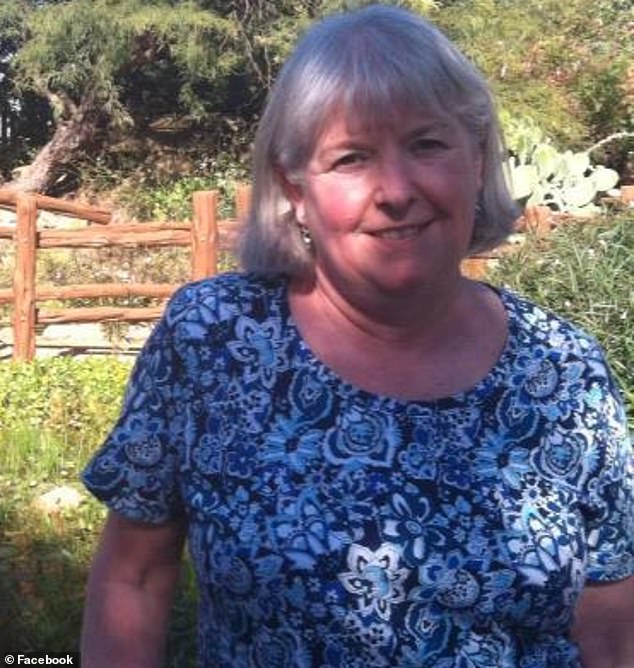 Her mother Claudia Mobley said: ‘I don’t understand how the car could have been there two-and-a-half weeks and they didn’t even notice it until July 11’

Powell’s heartbroken mother wrote on Facebook on July 25 that her daughter had been found dead. Mobley had used social media to plead for information about her whereabouts after she vanished 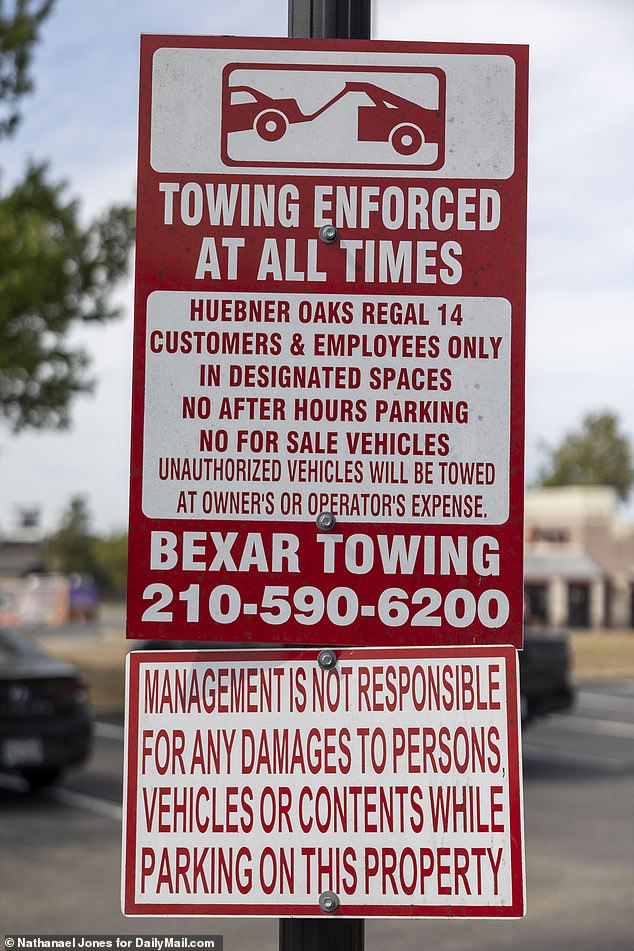 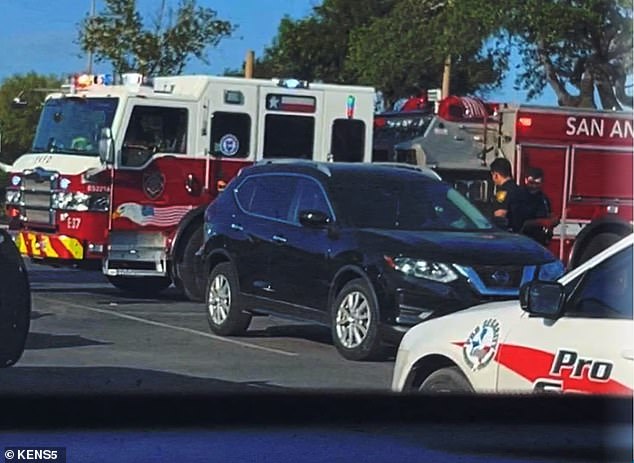 When DailyMail.com visited the mall on two separate days, the reality appeared to be very different with local business owners saying guards are only onsite between 10am and midnight.

Cursory checks – done from inside a marked security car – were carried out roughly once an hour by the single guard on patrol at any one time and both guards spoken to DailyMail.com were recent hires.

One was on his first day at Pro Security Group Inc while the other was in his first week – and told DailyMail.com that the guards don’t work regularly at Huebner Oaks but are assigned to random patrol sites on a day-to-day basis.

Photos taken by DailyMail.com show the security vehicle driving in the area of the parking lot where Powell’s body was found on Wednesday and Thursday. Police tape can still be seen attached to the base of a street lamp.

Pro Security Group Inc has been approached for comment by DailyMail.com.

Mobley said: ‘[The car] was there the whole time. I do wonder why it took that security guard so long – he said he noticed it on the 11th and it was the 23rd before he checked it.

She told DailyMail.com how she had frantically toured parking lots looking for Powell in the days after she vanished but didn’t check Huebner Oaks and said her daughter had no particular connection to the mall. 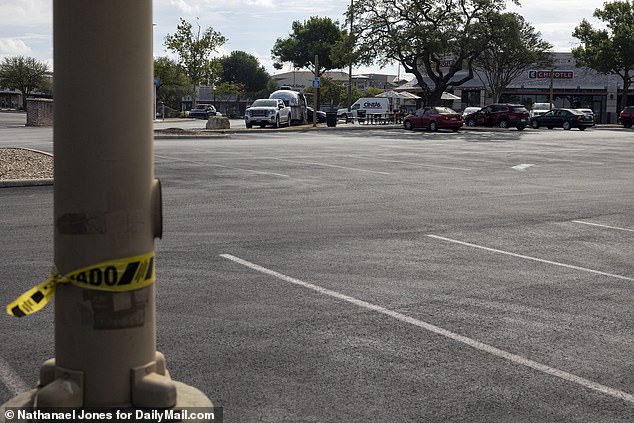 When DailyMail.com visited the mall on two separate days, local business owners said guards are only onsite between 10am and midnight. Police tape can still be seen attached to the base of a street lamp 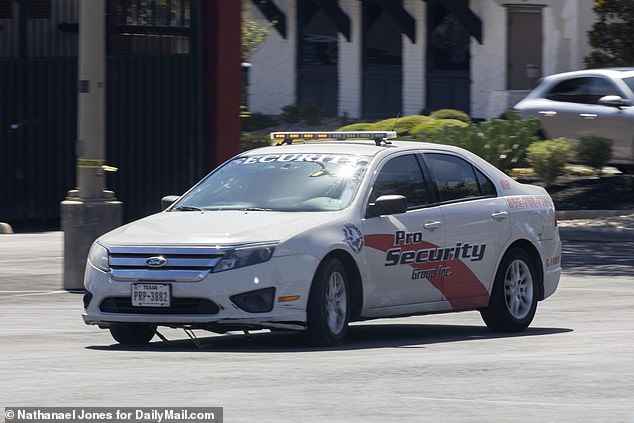 Security at Huebner Oaks is provided by Waco-based firm Pro Security Group Inc. Photos taken by DailyMail.com show the security vehicle driving in the area of the parking lot where Powell’s body was found

Mobley said: ‘It is off I-10 where she may have been on her way to work. Maybe she didn’t feel good. I don’t have any idea why she went there. I wish I did.’

The grandmother told how she initially had trouble getting police to take her daughter’s disappearance seriously, with cops only starting their search after she emphasized her diagnoses of anxiety and depression.

Despite Powell’s mental health battle, Mobley says she doesn’t believe her daughter set out to die – telling of her happiness in her new job and revealing that she was wearing her Apple smartwatch when she was found.

She said her daughter had just got a new job and she had two new dogs. ‘I don’t think she was wanting to run away or get away from anything.’

Mobley now faces bringing up her 12-year-old grandson – Powell’s older son – alone. She said: ‘It comes and goes, the pain and sadness. The three-and-a-half-year-old is with his dad. His dad and I are talking – we have a good relationship.

‘The 12-year-old is with me and I guess I’ll have to figure out how to raise a 12-year-old at my age. Right now, he’s saying he’s fine but it probably hasn’t really sunk in yet.’

She added: ‘I want things to just settle down. We’ll never get back to normal but I want to try. It’s horrible. It’s been terrible.’