Attendees of CPAC 2022 in Dallas, Texas, spoke with Fox News Digital about who they would like to see on the Republican ticket for the next presidential election cycle.

“Myself, and fellow warriors in the House Freedom Caucus, we’re ready for battle,” Boebert, R-Colo., plans to say in a speech Saturday at the Conservative Political Action Conference in Dallas, according to a copy obtained by Fox News.

The remarks suggest she may withhold support from Republicans seeking election to the House leadership should Republicans win the majority, including current Minority Leader Rep. Kevin McCarthy, R-Calif., who plans to run for speaker

“I wish I could tell you that I had full faith in GOP leadership in both the House and Senate to defund the deep state and to hold the Biden regime accountable,” she’s expected to say. “But I don’t. I’ve been disappointed too many times. 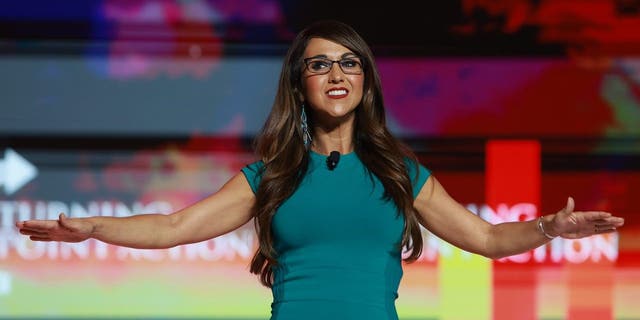 “And any member of Congress, from freshmen to those in leadership, who won’t fight with me to end medical tyranny, secure the southern border and fire Anthony Fauci, they will not have my support. Not in their re-election and certainly not for speaker,” Boebert’s speech continues.

“The Freedom Caucus fired John Boehner, ran off squishy Paul Ryan and we will not tolerate another GOP speaker that works with Democrats more than Republicans.

“House Republicans must stop funding tyranny. I will not vote to fund a government that mandates the COVID vaccine while allowing our country to be invaded by millions of unvaccinated aliens. End the vax mandate for our hospital workers and service members, build the wall or I’m voting to shut down Biden’s bureaucrats.”

Boebert added, “Any bill that funds tyranny while our country is being invaded, my Freedom Caucus allies are a no, and I’m a hell no.”

The salvo comes as Republicans are widely expected to take a majority in the House of Representatives in the midterm elections.

That will aid Republicans seeking to block liberal policies proposed by President Biden and to investigate his administration with committee subpoena power. But it could also highlight divisions within the party when GOP leaders are forced to work with Biden and a possible Senate Democratic majority on must-pass bills to fund the government, raise the debt limit and more.

GOP firebrands like Boebert and her fellow Freedom Caucus members often aim to use their leverage on those bills to implement what they say are key conservative policies. Top Republicans, like former House Speaker John Boehner, R-Ohio, often see the caucus as a thorn in their side.

“What Nancy Pelosi and other sane Democrats — the ones who’ve been around long enough to know how things work — are dealing with from AOC and her Squad reminds me a lot of what I had to deal with during my days as Speaker from the far-right kooks of the Tea Party or the Freedom Caucus or whatever they were calling themselves,” Boehner wrote in his book, “On the House.”

In addition to Boebert, Kimberly Guilfoyle and former President Donald Trump are scheduled to speak at CPAC, among many other GOP leaders.