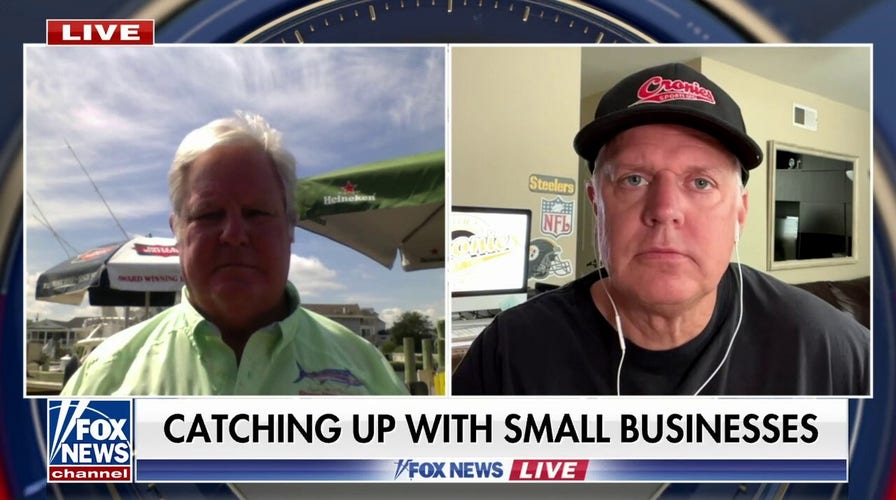 Restaurant owners on getting ‘back to normal’ following pandemic closures

Restaurant workers are among the hardest working Americans who keep the country moving.

The restaurant industry has faced serious struggles over the past several years, from violent protests in American cities in 2020 to excessive COVID-19 restrictions during the pandemic.

More recently, rising inflation and the increase in remote workers has added stress and tension.

WHY RESTAURANTS IN DEEP-BLUE CITIES ARE STRUGGLING MIGHTILY RIGHT NOW

But when the going gets tough — the tough get going. That describes Kim Mahoney, the manager of the historic Warren Tavern in Charlestown, Mass.

Mahoney, who lives in the greater Boston area, has worked at the Warren Tavern for 23 years. She has managed the tavern for almost 20 years. 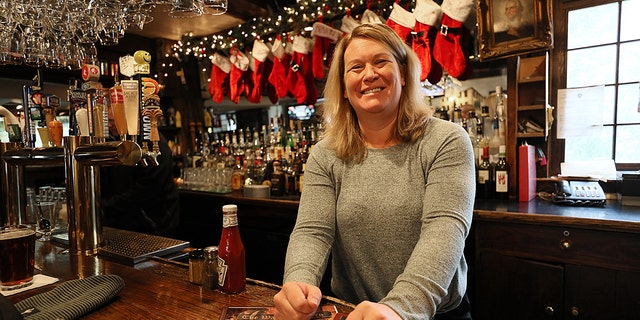 Kim Mahoney, manager of the Warren Tavern in the Charlestown neighborhood of Boston. "Most places would turn them away," Mahoney said of the city kids hired by the tavern on a regular basis.  (Photo by Suzanne Kreiter/The Boston Globe via Getty Images)

“I was born and raised in the one square mile of Charlestown,” she told Fox News Digital. “When I was growing up, no one had it easy. Everyone had different struggles.”

Today, with that background and understanding, she goes out of her way to enrich the lives of others in similar circumstances — and gives them a leg up in the business she knows so well.

Mahoney is proud of the Charlestown business community and of her workplace’s unique history.

“The Warren Tavern is arguably the most historic Tavern in Massachusetts and possibly the United States,” she said in the same interview with Fox News Digital.

“It was built in 1780 and named after General Joseph Warren, a forgotten patriot,” she said.

Gen. Joseph Warren was a 34-year-old physician and hero who died during the Revolutionary War at the Battle of Bunker Hill, according to the National Park Service.

THIS LABOR DAY, A GRATEFUL NOD TO THE LONG-HAUL TRUCKERS THAT KEEP AMERICA MOVING

Now, Mahoney passes on her own good fortune — and her strong work ethic — to a new generation of restaurant employees.

“I was taught and saw firsthand that if you think you have it bad, someone has it worse than you.”

Mahoney started at the Warren Tavern as a server and bartender. In those early days, she often worked double shifts. 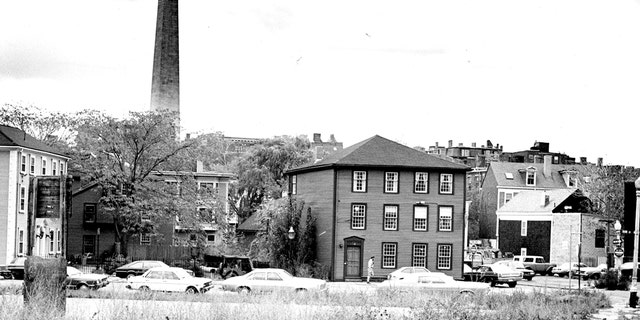 The Warren Tavern in a photo taken in 1980. "I often say to my staff, ‘We are a family, and we take care of one another always, for better or worse,’" said Mahoney. (Photo by Joe Dennehy/The Boston Globe via Getty Images)

“I would be on my feet for 15 hours, delivering food, getting drinks and cleaning tables.” She added, “At the end of the day, you are mentally and physically drained.”

Mahoney cut back on her hours after she got married and became a mom, she said.

The job “helped with our weekly income, so my husband, a Boston Police detective, could attend law school,” she said.

Later, she added more hours back to her schedule, becoming the tavern’s manager and handling the day-to-day operations of the restaurant.

“At the Warren Tavern,” said Mahoney, “we pride ourselves on being a family-first job. Our owners are extremely generous and family-oriented.”

She added, “I often say to my staff, ‘We are a family, and we take care of one another always, for better or worse.’” 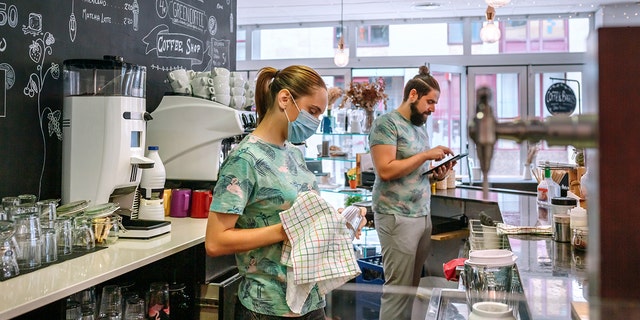 Mahoney managed the Warren Tavern through numerous COVID-19 challenges as well as other recent stressors in the industry.  (iStock)

Mahoney said that for the past 20 years the tavern has “made a concentrated effort to hire local inner-city kids.”

“Most places would turn them away,” she said.

However, “this is important to me because I was one of those young kids who had someone give me a chance when I had no experience,” she said. “It’s something I will never forget.”

“They are also surrounded by the many other veteran staff members who serve as mentors to them. At one time those staff members were that new kid, too.”

She continued, “Most times, young people have no idea what direction they want to take in life. Growing up in the inner city can be extremely challenging.”

Noting that most kids in the inner city are “faced with so many adversities” in their lives, whether it’s “at home or out in the neighborhood,” Mahoney added that “the things that they are exposed to, or have had happen to them, can be unimaginable.” 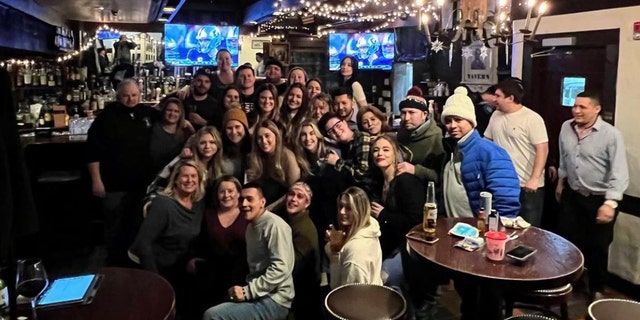 Kim Mahoney (far left, first row) and her staff at the Warren Tavern. "Ninety-eight percent of the kids who walk through the door have zero [job] experience," she said — but she gives them a chance.  (Kim Mahoney)

In the city, “the temptation to fall into bad habits is very real,” she said.

It is why, she said, “we pride ourselves on recruiting young people in the neighborhood who need a job and a sense of belonging. Ninety-eight percent of the kids who walk through the door have zero [job] experience.”

She said that some of the kids who walk through the tavern’s door “are shy, some are edgy and some have no confidence.”

“It might not be the most glamorous job, but those in the industry take great pride in their work.”

With some, she said, “you just can’t put a finger on” their personal challenges.

“Our training is simple. We pair them with another server who comes from a similar background. They are also surrounded by the many veteran staff members who serve as mentors to them.”

She also said, “At one time those staff members were that new kid, too.” 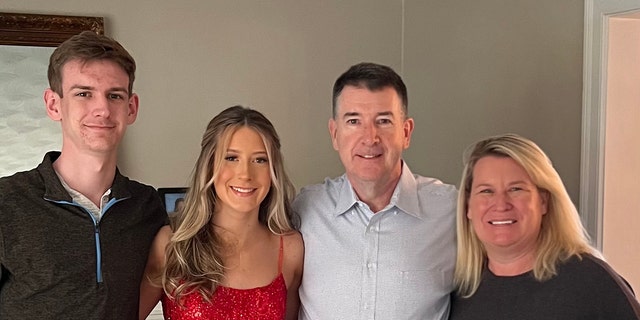 Kim Mahoney (far right) along with her husband Paul and their two children, Patrick and Maeve. Paul Mahoney served as a Boston police detective while earning a law degree; Kim Mahoney continued to work at Warren Tavern. (Kim Mahoney)

While training can be challenging, Mahoney said that “you eventually begin to see that inner beauty coming out and the confidence build, because that kid knows they now have a skill that will take them through life. And most importantly, they are now part of a special family.”

Once that new “family member” is “up and running,” said Mahoney, “we spend time offering guidance about what the next steps in life will look like. It could be going to college or a trade school. We always encourage ambition.”

MARTHA’S VINEYARD CHURCH ANSWERED CALL TO AID MIGRANTS: ‘WE CAN TAKE IN ALL’ OF THEM

Mahoney said, “My staff makes me so proud, and I love them so much. We don’t have a lot of turnover. Most have been with me since they started at the age of 16.”

Others who have worked at the tavern have gone on to college and now have other careers. Some have gotten married and have children of their own. 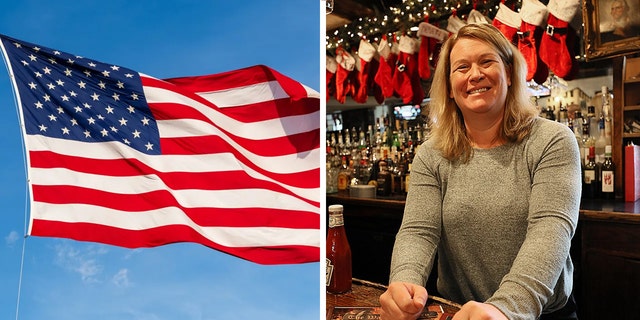 Kim Mahoney told Fox News Digital about the tavern, "We don’t have a lot of turnover." Most of the workers, she said, "have been with me since they started at the age of 16." (iStock/Kim Mahoney)

“They are all remarkable in their own ways,” she said.

“Each of them is such a good person, and they’re all hard workers. We are a tight-knit group who take care of one another.”

Mahoney feels blessed to have the start in life she did — and wants to extend her good fortune to as many young people who cross her path as possible.

“My parents were good, decent people and always helped others,” she said. “My dad was a Teamster and a very hardworking man.”

Noting that as a teen she had “great mentors through the city of Boston’s peer leadership program and the local Boys and Girls Club,” she said that this “laid the foundation for the person I am today.”

She said, “I was taught and saw firsthand that if you think you have it bad, someone has it worse than you.” 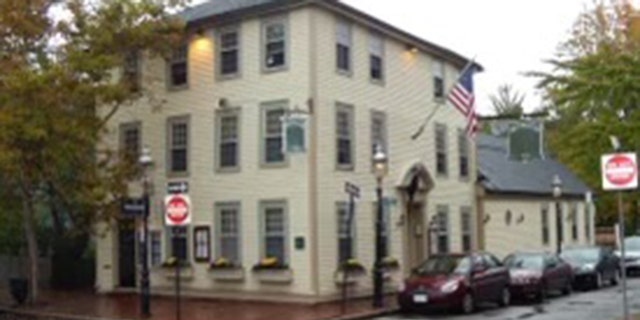 The Warren Tavern is named after Gen. Joseph Warren, a 34-year-old physician and hero who died during the Revolutionary War at the Battle of Bunker Hill, according to the National Park Service.  (Kim Mahoney)

Mahoney continued, “The will to help others comes naturally to me. I feel strongly about helping to improve someone’s quality of life. I really believe it’s a gift that was instilled in me by parents, other family members and my mentors.”

Her workplace has the same “give-as-much-as-possible” mentality.

“We pride ourselves on giving back to the community through our local food pantry or supporting many nonprofit organizations in the community,” she said.

WHY AMERICA’S MOTTO CAN BE YOUR FAMILY’S MOTTO THIS SCHOOL YEAR, ONE MOM REVEALS

Today, said Mahoney, she serves on the board of many of these organizations.

“It might not be the most glamorous job, but those in the industry take great pride in their work,” she said. 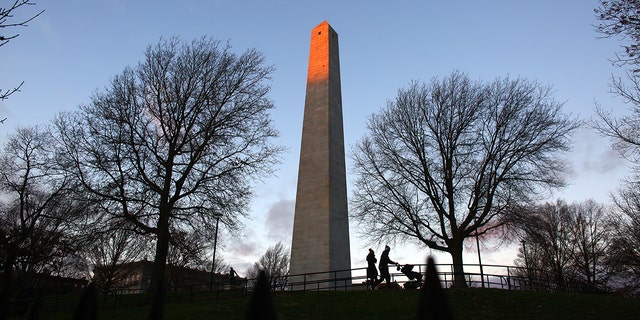 The Bunker Hill Monument in Charlestown, Massachusetts. The city is steeped in history — and Mahoney is proud to be a member of the business community. (Photo by Pat Greenhouse/The Boston Globe via Getty Images)

Along with serving food and drinks, Mahoney said servers “interact with and navigate the personalities of people from all walks of life.”

She added, “If you think about it, restaurant workers are there for the highs and lows in your life.”

A server is often “the person you can be your best with, being kind and appreciative — or your worst with, being rude and difficult,” she noted.

“Either way, the restaurant worker shows up and provides you with the service and support you need in that moment,” said Mahoney.