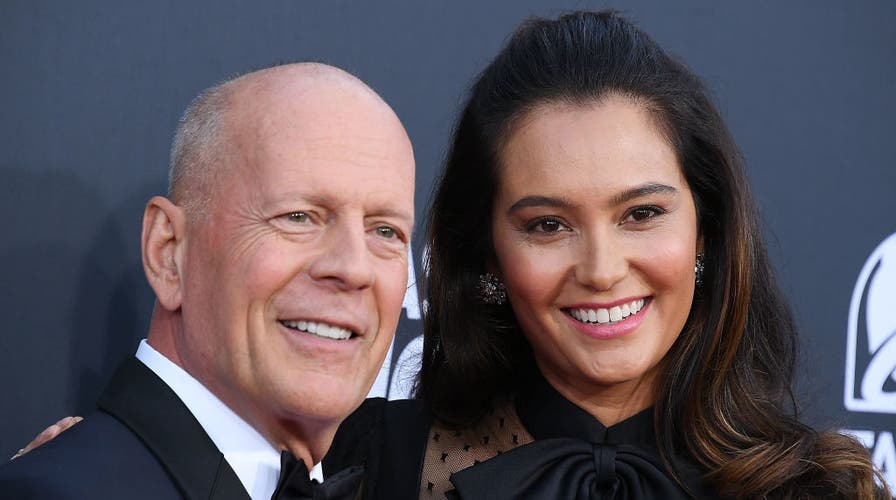 Blake Jenner discusses working with Bruce Willis and John Travolta, and why he didn’t ask them for advice.

Emma Heming Willis shared an adorable throwback video as she recalled the beginning of her romance with her husband Bruce Willis.

On Wednesday, the 44-year-old model posted an Instagram clip in which she and the 67-year-old actor are having fun in the snow during a winter vacation.

“It was that winter, 15 years ago I fell head [over] heels in love with him 🤍 #loveofmylife,” the U.K. native wrote in the caption of the video, which was set to “Swing Lynn” by Harmless.

The video featured a montage of the two laughing and beaming as they went skiing, snow tubing and snowmobiling together. 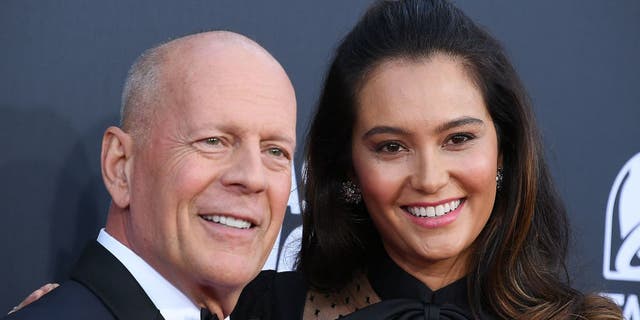 Emma Heming Willis shared an adorable throwback video as she recalled the beginning of her romance with husband Bruce Willis.
(Steve Granitz/WireImage)

At one point in the video, Emma was seen leaping over a creek while the “Die Hard” star filmed her.

“One, two, three …,” Willis said before turning the camera on himself.

“Oh my God. That was a good jump!” he added while laughing.

The video concluded with a sweet image of the pair as they posed with their arms around each other against a backdrop of snow-covered mountains.

Emma’s post was met with appreciative comments and well wishes from the couple’s family, friends and fans.

Bruce and Emma first met in 2007 and went public with their romance in January 2008 when the “Perfect Stranger” actress accompanied Willis to the premiere of his movie “What Just Happened?” at the Sundance Film Festival in Park City, Utah.

In a December 2020 interview with People magazine, the pair reminisced about their first meeting.

“When we first met, I was surprised at how charming and how funny he was – and extremely handsome,” the former Victoria’s Secret angel said. “That was my first thought of you.”

“I was already in love with her,” “The Sixth Sense” actor said.

They tied the knot in March 2009 at their home in Turks and Caicos and married again six days later in Beverly Hills. The couple welcomed daughter Mabel in 2012 and daughter Evelyn in 2014.

Emma and Willis share a close relationship with Moore and quarantined together with their families, including all five of Willis’ daughters, during the COVID-19 pandemic. 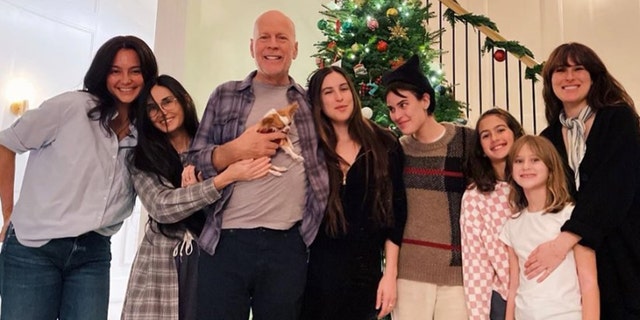 Earlier in December, Willis’ ex-wife Demi Moore shared a family photo in which she is pictured with Willis, Emma and their children.
(Demi Moore Instagram)

Earlier in December, Moore shared a family photo in which she was pictured with Willis, Emma and their children.

“We are FAMILY!! Getting into the holiday spirit!” the “Ghost” actress wrote in the caption.

Last week, Rumer revealed on Instagram that she is expecting her first child with boyfriend Derek Richard Thomas. Emma shared her stepdaughter’s post, writing, “Baby news is happy news!!! Congratulations @rumerwillis and @derekrichardthomas. We are elated over here!”

“Love you guys so much,” Rumer wrote in the comments.

The blended family also put on a united front in March when they announced in a joint statement that Willis would be retiring from acting after being diagnosed with aphasia, a disorder that affects a person’s ability to express and understand written and verbal language. 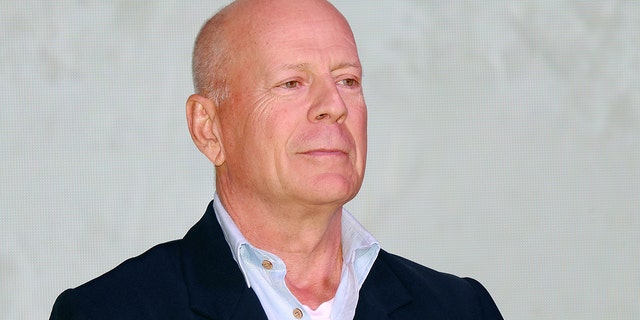 “We wanted to share that our beloved Bruce has been experiencing some health issues and has recently been diagnosed with aphasia, which is impacting his cognitive abilities. As a result of this and with much consideration, Bruce is stepping away from the career that has meant so much to him,” the statement said.

“We are moving through this as a strong family unit and wanted to bring his fans in because we know how much he means to you, as you do to him. As Bruce always says, ‘Live it up,’ and together we plan to do just that.”