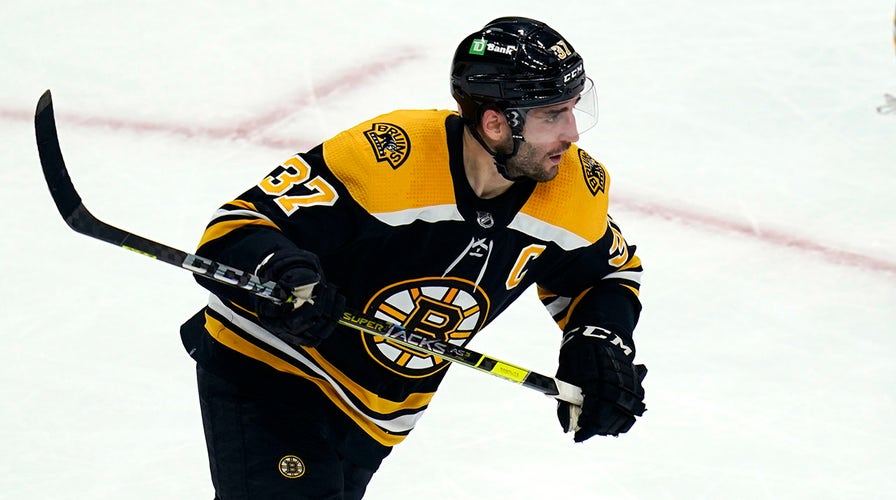 The Boston Bruins signed defenseman Mitchell Miller to an entry-level contract Friday, a move that brought backlash from the public and some players within the organization.

Miller was found guilty in juvenile court in 2016 for assaulting Isiah Meyer-Crothers, a Black student with developmental disabilities.

Miller and another teenager forced Meyer-Crothers to eat a lollipop that had been wiped in a urinal, and they also called him the N-word and “brownie” frequently.

Bruins captain Patrice Bergeron admitted he felt uneasy about the team’s decision to bring in the 20-year-old. 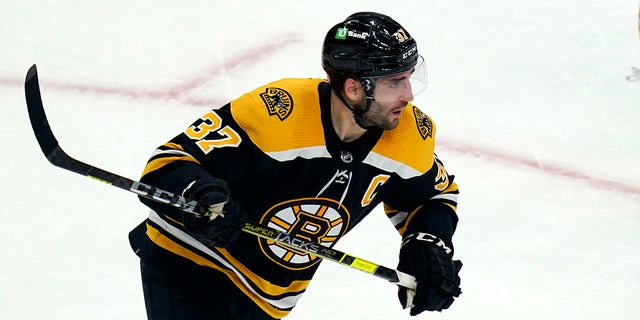 “I was on the fence. I think, as a person, but also as a team, I think we stand for integrity and inclusion and diversity, obviously,” Bergeron told SportsNet in Canada. “That was the first thing that came out of my mouth. It goes against what we are as a culture and as a team and, for me, as a person. I’ve been told lately that he’s working hard to make some changes to hopefully make those bad decisions in the past help others to not do that, and, for me, I think the work is on him.”

“The culture we built here goes against that type of behavior,” Bergeron told other reporters Saturday. “We’re a team built with character and character people. What he did is unacceptable, and we don’t stand by that. In this locker room, we are all about inclusion, diversity, respect. Those are keywords and core values that we have.

“We expect guys to wear this jersey to be high-character people with integrity and respect. Hopefully there is growth and change.”

Bergeron added that Miller “would not be accepted and wanted and welcomed” if it’s clear he has not changed. 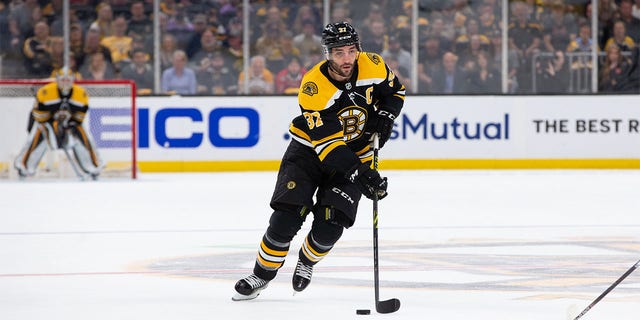 Patrice Bergeron of the Boston Bruins skates against the Carolina Hurricanes during the first period in Game 6 of the first round of the 2022 Stanley Cup Playoffs at the TD Garden in Boston on May 12, 2022.
(Rich Gagnon/Getty Images)

Bruins President Cam Neely said Miller was “accountable for his unacceptable behavior” during their contract talks.

“When I was in eighth grade, I made an extremely poor decision and acted very immaturely,” Miller said in a statement of his own. “I bullied one of my classmates. I deeply regret the incident and have apologized to the individual. Since the incident, I have come to better understand the far-reaching consequences of my actions that I failed to recognize and understand nearly seven years ago.

“I strive to be a better person and positively contribute to society. As a member of the Bruins organization, I will continue to participate in community programs to both educate myself and share my mistakes with others to show what a negative impact those actions can have on others. To be clear, what I did when I was 14 years old was wrong and unacceptable. There is no place in this world for being disrespectful to others, and I pledge to use this opportunity to speak out against mistreating others.”

The defenseman apologized to Meyer-Crothers last week, years after the incidents.

NHL Commissioner Gary Bettman was not consulted by the team before it signed Miller but has spoken with Neely since the signing.

However, Bettman said Miller is “not coming to the NHL.”

“I can’t tell you that he’ll ever be eligible to come into the NHL. If, in fact, at some point they think they want him to play in the NHL — and I’m not sure they’re anywhere close to that point — we’re going to have to clear him and his eligibility, and it’ll be based on all the information that we get firsthand at the time,” Bettman said Saturday.

“Nobody should think at this point he is or may ever be NHL eligible, and the Bruins understand that now,” he added.

Bettman did note that Miller could play for the Bruins’ AHL affiliate in Providence, where he was sent upon signing.

The Boston Bruins logo at center ice in the TD Garden Dec. 5, 2019, at TD Garden in Boston.
(John Crouch/Icon Sportswire via Getty Images)

Miller was taken in the fourth round of the 2020 NHL Draft by the Arizona Coyotes, who knew of his 2016 conviction.

Miller sat out the 2020-21 season before scoring 39 goals with 44 assists for Tri-City of the USHL in 2021-22. He was named the USHL’s player and defenseman of the year after setting league records for goals and points by a defenseman.