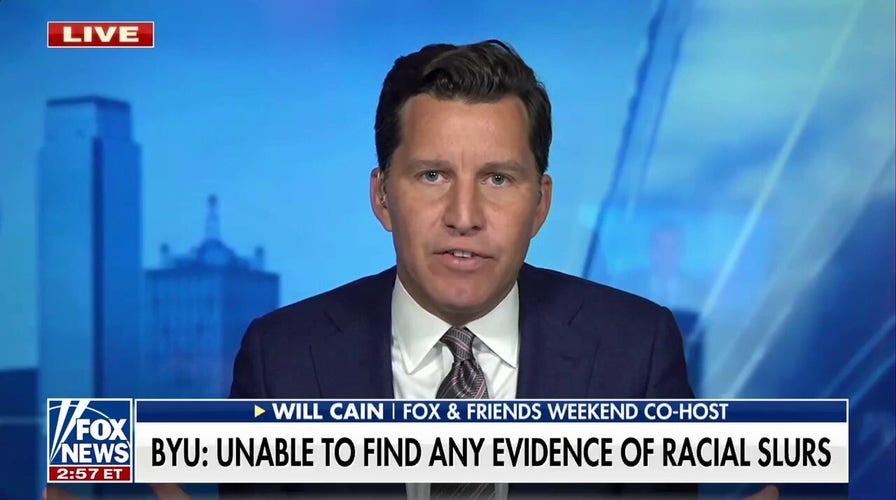 ‘Fox & Freinds Weekend’ co-host questions if the incident ever took place after noting no video, microphones, or fans in attendance heard the alleged racial slur on ‘American Reports.’

BYU is still facing backlash from a debunked accusation of racism made at a women’s volleyball game against Duke, hosted at Smith Fieldhouse in Provo, Utah. The accusations made by Duke player Rachel Richardson alleged that she heard a BYU fan shout a racial slur at her during the match Aug. 26.

As a result of the controversy, the University of the Pacific announced Monday that its women’s volleyball team is forfeiting its upcoming match against BYU, initially scheduled for Thursday.

Pacific released a statement to OutKick noting that its forfeiture stems from concerns within the Tigers women’s team of a “racist and hostile” environment at Smith Fieldhouse.

BYU investigated Richardson’s story and found no corroborating evidence to the Duke sophomore’s claims — the school referred to its investigation in a statement sent to OutKick on Monday afternoon, following Pacific’s decision.

“Following the Aug. 26 allegation, BYU conducted anextensive reviewand found no evidence to corroborate this allegation,” the statement read in part.

The West Coast Conference logo on the floor during a game between a game between the Pacific Tigers and the BYU Cougars on February 09, 2019, at the Marriott Center in Provo, Utah.
(Boyd Ivey/Icon Sportswire via Getty Images)

The West Coast Conference exclusively commented on the forfeiture after the schedule was posted. The response stated that the WCC communicated with both programs and is honoring Pacific’s decision to cancel the game.

“The West Coast Conference has been notified by the University of the Pacific of the volleyball program’s decision not to compete in the November 10 match against Brigham Young University as part of the WCC regular season schedule.

“The Conference has had regular communication with each institution since becoming aware of this intention and understands the sensitivities with both programs. The WCC continues to encourage civility and respect for everyone involved or impacted with this decision.”

Pacific Stands With Student-Athletes Despite Lack Of Evidence Of Racial, Hostile Environment

OutKick received a statement on behalf of Pacific regarding the canceled game. The response confirmed that the team is sticking with Richardson’s allegations over BYU’s conclusion on the investigation.

“The team expressed concerns following reports of racist and hostile comments during an August 26 match. Pacific stands with our student-athletes,” the statement read.

“The volleyball team has decided to not play the November 10 game at Brigham Young University,” a Pacific spokesperson commented.

“The University of the Pacific’s decision to forfeit this week’s women’s volleyball match is unwarranted and deeply disappointing,” the Cougars Athletics spokesperson said.

“Aswe have stated previously, BYU will not tolerate any conduct that would make a student-athlete feel unsafe in our athletic environments. It isunfortunate thatPacific would make a decision that perpetuatesthevery challenge we are working to heal in our polarized society.”

BYU Athletics stated that the program tried “multiple times” to hold in-person discussions with Pacific’s administrators, coaches and student-athletes to resolve any ongoing tension and to highlight their commitment toward educating Cougars student-athletes on diversity. Pacific did not accept BYU’s offers. 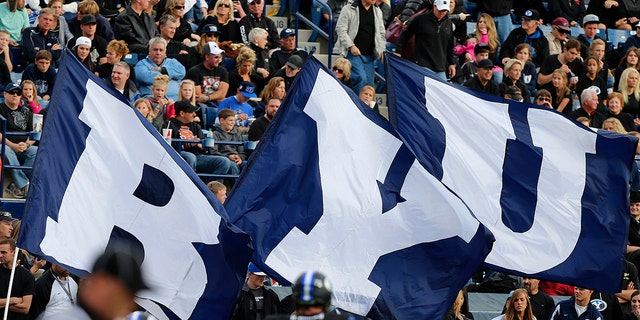 BYU flags fly in the stadium during a game between the BYU Cougars and the Oregon State Beavers during the first half of a college football game October 13, 2012 at LaVell Edwards Stadium in Provo, Utah.
(George Frey/Getty Images)

“BYU continues to provide one of the best environments in college volleyball,” the school’s statement added.

“The most storied programs in volleyball, both women’s and men’s, have competed for decades on our campus and expressed appreciation for their experience at BYU. We have hosted the NCAA Women’s Tournament for the past seven years in a row.”

We recognize the real challenges of racism in our society, and we reiterate our strong belief that the solution is to work together in addressing these issues and not to separate from one another. We regret that Pacific elected not to work with us in addressing their concerns.”

Pacific recently played a home contest against BYU on Oct. 15, where the Tigers upset the conference-leading Cougars in a five-set victory. Before the match, Tigers players were spotted walking around with Black Lives Matter shirts in a not-so-subtle nod to Richardson’s story during BYU’s visit.

Richardson’s allegations were pontificated by godmother Lesa Pamplin. Pamplin posted on her Twitter that Richardson was called a n****r and that the incident was emblematic of BYU’s culture.

On Sept. 2, Pacific’s volleyball program released a statement on its Instagram page in response to Richardson’s story.

They posted a memo card that read “Tigers Stand Against Racism,” along with the following caption:

“As players and coaches, we will join in on a nationwide show of support for[Duke volleyball’s] Rachel Richardson and wear black for our matches at the Windy City Invitational. #BlackOutRacism.”

The Cougars are playing their final year in the West Coast Conference. BYU is slated to join the Big 12 in the coming year.

No Compromises Reached In Forfeit 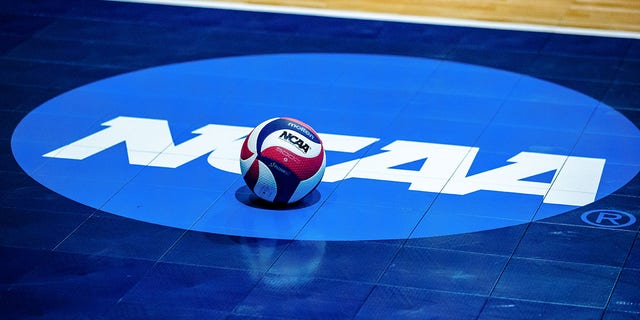 The playing court before the game between Carthage College and Benedictine University in the Division III Men Volleyball Championship held at the Salem Civic Center on April 24, 2021 in Salem, Virginia.
(Keith Lucas/NCAA Photos/NCAA Photos via Getty Images)

According to an anonymous source in direct contact with BYU women’s volleyball team, the Cougars were made aware of Pacific’s forfeiture over the weekend, following a win against the Santa Clara Broncos on Saturday.

BYU responded with an effort to mend the situation with Pacific. They included a proposal to relocate Thursday’s match to a different venue. BYU Athletics did not confirm if this was organized.

The source noted that Pacific’s first announcement of their forfeiture intended to “send a message” to BYU.