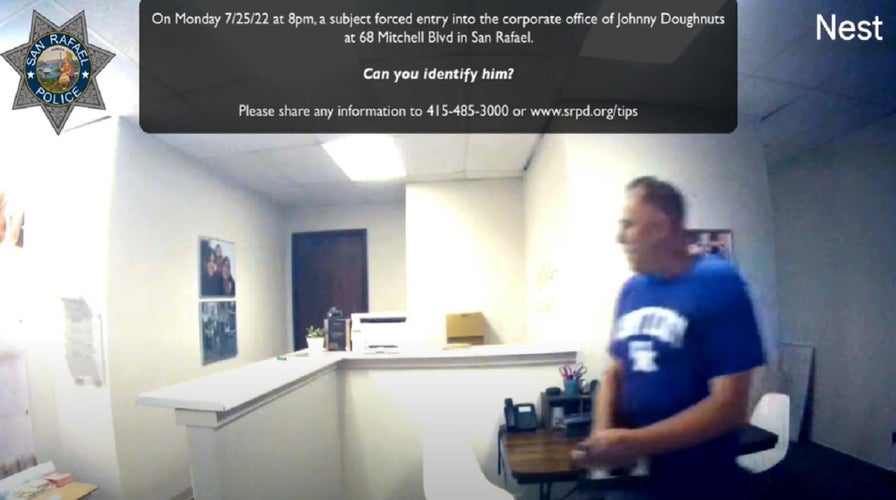 A California police department is looking for the burglar who was caught on video returning to the scene of the crime after leaving his keys behind, authorities said.

The botched Northern California thief swiped petty cash from Johnny Doughnuts’ corporate office in the San Francisco Bay Area between 8 and 8:30 p.m. local time on Monday, according to the San Rafael Police Department and The Associated Press. He also allegedly grabbed the keys to a bakery vehicle, but didn’t steal the vehicle itself.

Nearly one minute of surveillance footage shows the suspect walking in and out of the camera’s view as he shuffles between rooms, allegedly including the storage area, multiple times. Police said he forced open a filing cabinet during his spree.

San Rafael Lt. Dan Fink told the AP the suspect lifted an unspecified amount of cash from a bank bag inside the office.

But he had to return to the crime scene shortly thereafter to retrieve his own keys, which he apparently mistakenly left behind, the AP reported.

The suspect appeared to have been wearing a blue University of Kentucky shirt emblazoned with the words “KENTUCKY,” and dark-colored shorts.

Police ask anyone with information related to the crime to call 415-485-3000 or submit information through www.srpd.org/tips.