Fox News correspondent Casey Stegall has the latest on counterfeit pills containing fentanyl leading to deaths across the country.

Border officials in California seized nearly 500 packages of meth and fentanyl worth more than $8 million in just five days.

The seizures took place between July 13 and July 17 at the Calexico Port of Entry, U.S. Customs and Border Protection (CBP) said in a press release. 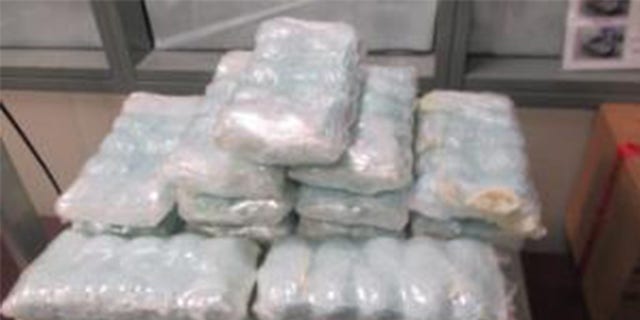 Calexico CBP officers discovered more than 130 pounds of fentanyl on Wednesday, July 13, after noticing, during an inspection, that a vehicle had been tampered with.

CHICAGO WARNS LOLLAPALOOZA-GOERS TO BE WARY OF FENTANYL: ‘TEST YOUR DRUGS’

The following day, CBP officers discovered nearly 70 pounds of fentanyl and more than 2 grams of marijuana after inspecting a vehicle and luggage.

And finally, on Sunday, July 17, CBP officers found more than 72 pounds of fentanyl and nearly 190 pounds of methamphetamine using the port’s imaging machine. 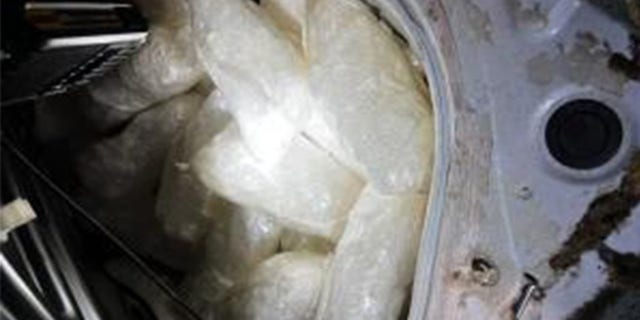 Drugs seized by CBP officials during an inspection.  (CBP)

CBP said the total estimated value of the narcotics found by Calexico CBP officers was about $8.25 million.

All subjects involved were turned over to the custody of U.S. Immigration and Customs Enforcement (ICE), Homeland Security Investigations (HSI) for further investigation. CBP officers seized the narcotics.

Fentanyl is a synthetic opioid behind a massive spike in overdose deaths across the U.S. in recent years. Just a 2 mg dose is enough to kill a user with zero tolerance, whereas 60 mg of heroin is considered a lethal dose.

“Remaining vigilant for something that looks out of place and keeping a keen eye for unusual travel patterns is what our officers are trained to do,” Anne Maricich, CBP acting director of field operations in San Diego said in a statement.