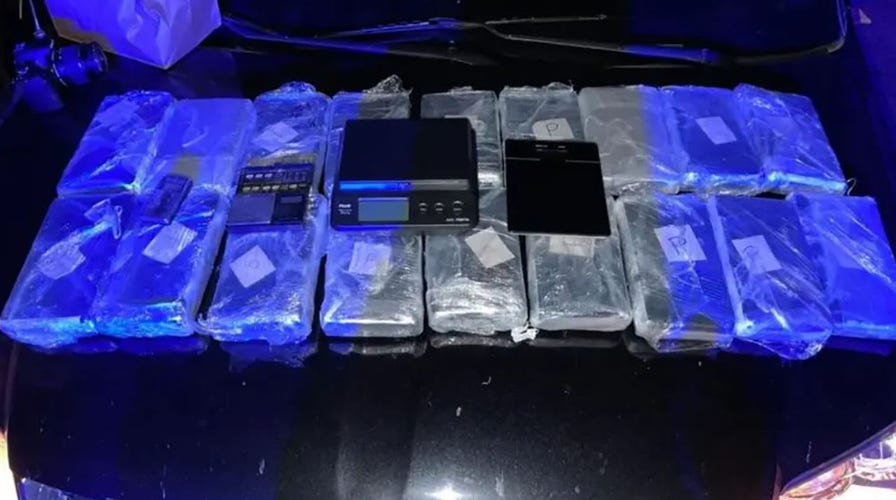 Deputies in the city of Grand Terrace responded Friday to reports of drug dealing and detained a man with active warrants, the San Bernardino County Sheriff’s Department said in a statement Monday. Deputies said the man was found to be in possession of drug paraphernalia.

While searching the suspect’s car, deputies uncovered a large quantity of suspected fentanyl pills, ammunition and a “Slim Jim” tool used to break into and steal cars, the department said.

Investigators found keys to a second vehicle parked nearby and found about 19 bricks of a white powdery substance suspected to be cocaine and multiple scales indicative of narcotics sales, according to the statement. 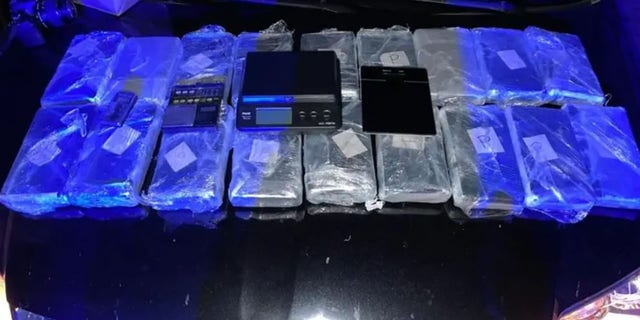 Deputies said the nearly 42 pounds of cocaine had an estimated worth of about $700,000. (San Bernardino County Sheriff’s Department )

The cocaine has an estimated street value of approximately $700,000, officials said.

The suspect could face charges including possession of narcotics for sale. He was being held at the Central Detention Center in lieu of $2,050,000 bail.