Canadian police converged on a home in the James Smith Cree Nation reserve on Tuesday after receiving reports of a possible sighting of Myles Sanderson, the 30-year-old man suspected of going on a stabbing rampage with his brother in Saskatchewan that left 10 people dead and 18 others wounded on Sunday.

A shelter-in-place alert was sent out to people in the area on Tuesday, with police warning the public not to approach the suspect.

People could be heard screaming and running as police surrounded a home on the Indigenous reserve on Tuesday afternoon, according to the Associated Press. It wasn’t immediately clear if Myles, who has been wanted by police since May for other violent crimes, was actually in the home.

Authorities said Monday that they believed Myles was in the Saskatchewan capital of Regina, which is about 200 miles south of the reserve.

Myles’ brother, 31-year-old Damien Sanderson, was found dead near the stabbing sites on Monday afternoon. He had visible injuries that police do not believe were self-inflicted.

Police received the first call of a stabbing on Sunday at 5:40 a.m. Officers responded and found dead or wounded victims at 13 different locations on the reserve. Several victims were also found in the nearby town of Weldon.

Some of the victims were targeted, while others were attacked at random, police believe. 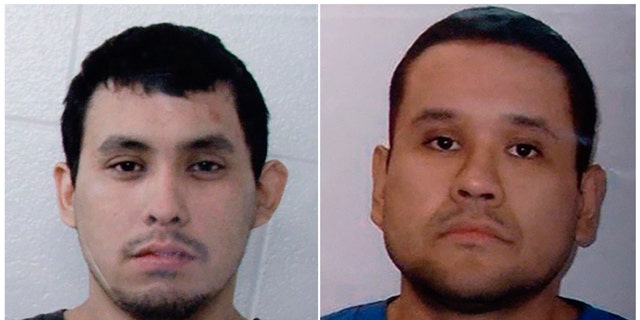 It marks one of the deadliest mass killings in Canada’s history. A gunman disguised as a police officer opened fire in Nova Scotia in 2020, killing 22 people. The year before that, a man killed 10 pedestrians using a van in Toronto.