Talk about pedaling with purpose!

The Pan-Massachusetts Challenge (PMC), a two-day charity bicycle ride across the Bay State, is on the cusp of contributing an incredible $1 billion to the fight against cancer ever since its inception in 1980.

The 2022 PMC hits the streets this weekend (Aug. 6-7) with thousands of amateur bicyclists pedaling across cities, down back country roads and past Cape Cod National Seashore to raise money for the Jimmy Fund at Dana-Farber Cancer Institute.

Organizers hope to raise and donate $66 million this weekend alone.

The PMC has donated $831 million to Dana-Farber since its founding 42 years ago. Organizers anticipate topping $1 billion in donations by 2024.

MEET THE AMERICAN WHO FOUNDED THE STURGIS MOTORCYCLE RALLY, ‘PUT THE BROTHERHOOD IN MOTORCYCLES’

The PMC is a tribute to the power of the human spirit to take pain and turn it into progress.

Founder Billy Starr, a native of Newton, Mass., west of Boston, launched the event in 1980.

He pedaled across the commonwealth with 35 friends, after watching three relatives, including his mother, succumb to cancer in the 1970s. 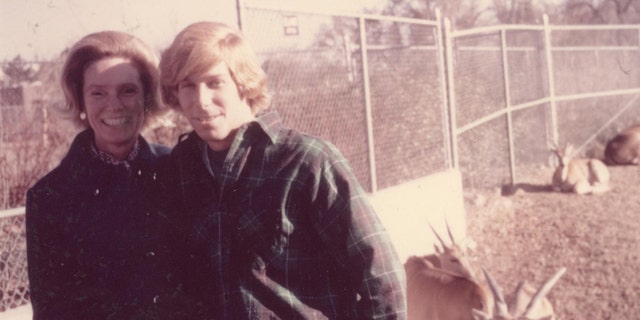 Billy Starr was a young man searching for purpose in life when he lost his mom, Betty, and two other relatives to cancer. He was inspired to create the Pan-Mass Challenge in 1980.  (Bill Starr/Pan-Massachusetts Challenge)

“The PMC was not a career plan,” Starr told Fox News Digital. “But it was something I needed to do. I saw an opportunity to do something good. It lit me up.”

Thousands of other cyclists are lit up as well by the event each year.

Many describe the charity ride as a spiritual experience: two days spinning past the New England countryside in the hot summer sun, at times pedaling in pain or on the verge of quitting, the whir of bicycle gears often the only sound with thousands of others united in common purpose.

“The PMC is the single largest contributor to Dana-Farber and the Jimmy Fund and is responsible for 55 percent of the Jimmy Fund’s annual revenue,” the PMC proclaims on its website. 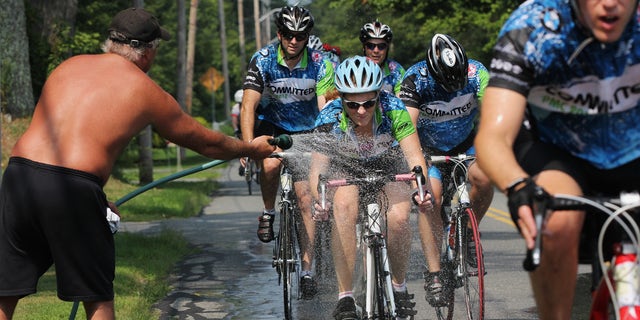 Taunton resident Doug Ross, left, hosed down cyclists as they rode on Center Street in Dighton, Mass., as part of the 33rd Pan-Massachusetts Challenge in 2012.  (Wendy Maeda/The Boston Globe via Getty Images)

IN CAPE COD COMMUNITY, TRUE-CRIME AUTHORS CAN’T SPEAK ABOUT A TRUE CRIME THERE

The ride’s signature 212-mile route is a two-day ride from the hills of Sturbridge in Central Mass. to the sand dunes of Provincetown at the far tip of Cape Cod.

The PMC is supported by thousands of volunteers who do everything from make sandwiches at water stops to load rider luggage on trucks destined for Provincetown. 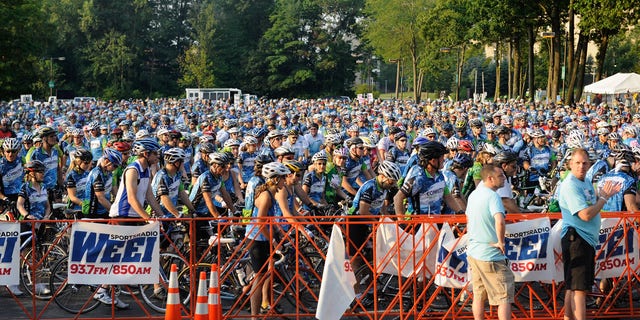 Countless thousands of Massachusetts residents and visitors line the road to cheer riders along the flagship route and the PMC’s many secondary routes.

But the original riders felt they had done something special. Many of those cyclists have returned each year since. 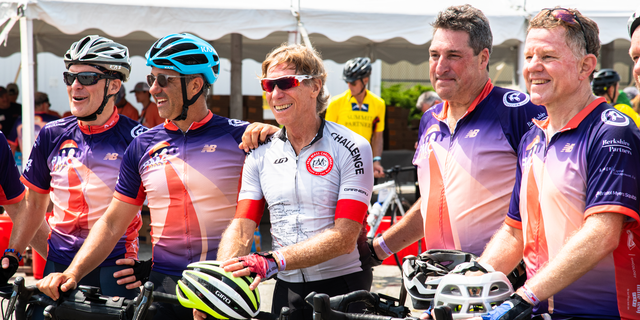 Billy Starr, center, has pedaled in every ride since founding the Pan-Mass Challenge in 1980. He’s seen here with fellow riders at the Massachusetts Maritime Academy in Bourne, Mass., where riders spend the night before pedaling across Cape Cod on Sunday to complete the two-day challenge.  (Pan-Massachusetts Challenge)

“Everything that could go wrong, did go wrong that year,” said Starr. “Yet everyone thought that it was the greatest thing since sliced bread.”

The ride has only grown since, which Starr pushing harder and demanding more from fundraisers and corporate sponsors each year.

“There is some sort of magnet to the ride. I don’t know what it is,” Barry Kraft, who has pedaled across the state in the PMC with Starr every year since its inception in 1980, told Fox News Digital.

“You’re helping people in need and there are people cheering you the entire way.”

“You’re doing something incredibly challenging. You’re helping people in need and there are people cheering you the entire way. People feel great about it afterward.”

“You get to Provincetown and finish the ride and you go, ‘Wow. This is incredible!'”

“Our hope and aspiration is to provide Dana-Farber’s doctors and researchers the necessary resources to discover cures for cancer,” the PMC states on its website.