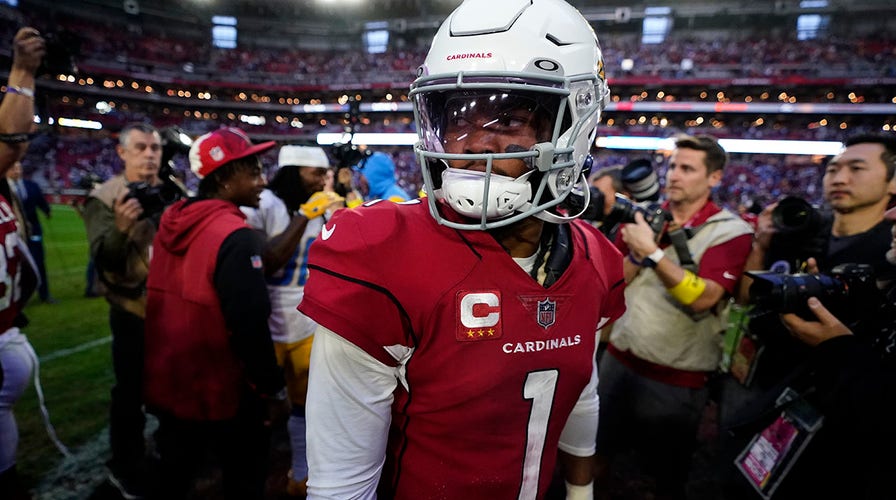 Arizona Cardinals quarterback Kyler Murray had to be carted off the field after just the third play from scrimmage against the New England Patriots.

Running out of the pocket to his right, Murray looked to juke a Patriots defender closing in and immediately hit the turf after trying to make a cut, suffering a non-contact injury that had him in considerable pain.

After being evaluated on the field, Murray was moved to the cart where his entire team consoled him as he put a towel over his head in clear disappointment.

Colt McCoy came into the game. Murray was questionable to return.

This is a developing story