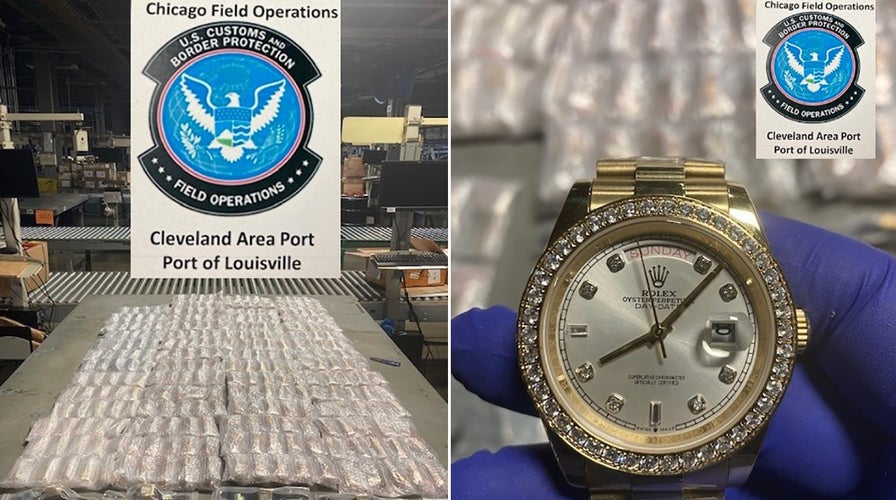 U.S. Customs and Border Protection seized a shipment of nearly 600 hundred counterfeit Rolex and Cartier watches last week that would have had a retail value of over $22 million if they were genuine, the agency said Monday.

The parcel intercepted in Louisville, Kentucky, on Thursday contained 584 fake watches that had the trademarked Rolex and Cartier logos, CBP said.

Investigators determined that an individual in Hong Kong sent the package to a resident in Jamaica, New York, according to officials.

In a separate seizure on that same day, the agency said it discovered a parcel containing six counterfeit Richard Millie watches that would have been worth $755,000 had they been real.

In the last four fiscal years, the CBP said it seized $1.18 billion in counterfeit watches. 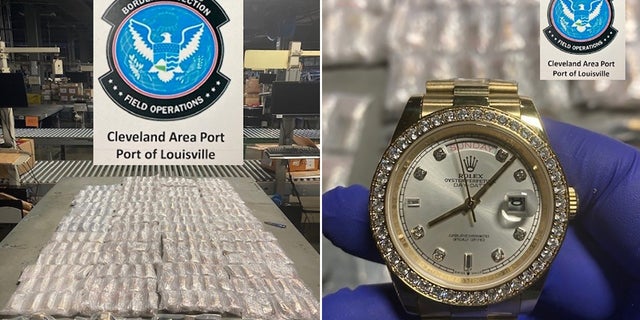 The package contained 584 counterfeit watches that had the Rolex and Cartier logos, officials said. (U.S. Customs and Border Protection)

Counterfeit goods are typically sold in underground outlets and on third party e-commerce websites, according to the CBP, and profits go toward funding smugglers and members of organized crime. 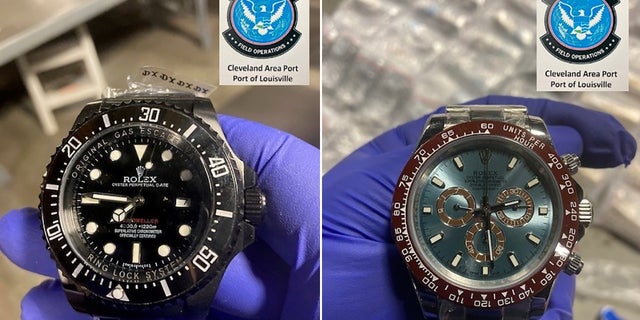 The counterfeit Rolex and Cartier watches would have been worth $22.59 million if they were genuine, according to the CBP. (U.S. Customs and Border Protection)

The agency warned that consumers often believe they are buying a genuine product but soon realize the item is inferior and potentially dangerous.

“Consumers are always looking for the best deal, the unfortunate part is criminals are also online pedaling their counterfeit products,” said Thomas Mahn, Port Director-Louisville. “Our CBP officers will continue to seize counterfeit items that threaten the safety and health of consumers and weaken the U.S. economy.”