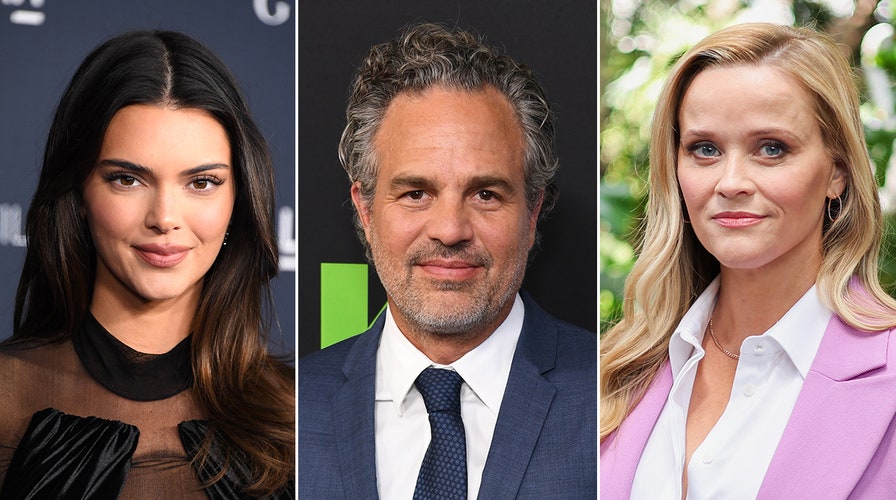 Fox News contributor and former California gubernatorial candidate Caitlyn Jenner weighs in the homeless crisis in the Golden State on ‘The Story’ after former Olympian Kim Glass was attacked with a metal pipe.

With contentious races across the country, the Hollywood community is speaking out not only to endorse specific candidates, but also to encourage people to act on their civic duty and vote.

Whether their political affiliations are apparent, many celebrities are taking to social media to reinforce the midterm elections are an excellent opportunity for people to make their voice heard.

Some stars have gone as far as to support a specific candidate or party. 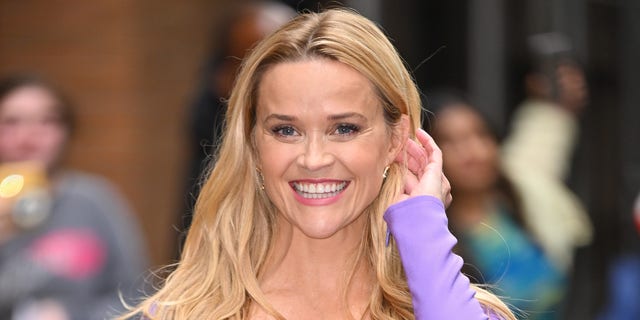 Reese Witherspoon encouraged people to vote in a repost to her Instagram story.
(James Devaney/GC Images)

She added a “Your Vote Matters” sticker to her Instagram story. 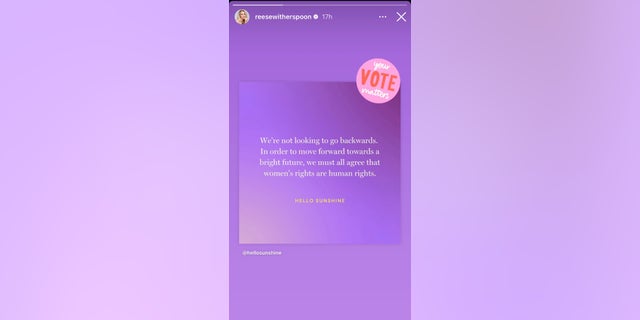 Reese Witherspoon shared an Instagram post from her production company, Hello Sunshine, which reads, "women’s rights are human rights." She added a sticker to her Instagram story that says "Your vote matters." 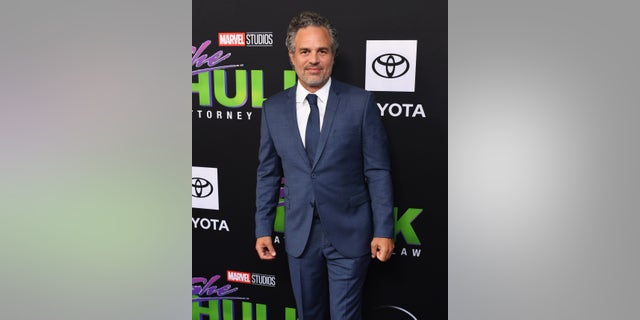 “The Hulk” actor Mark Ruffalo has shared an abundance of information on his social media. In one post, the actor writes in part, “Don’t buy into the Republican hype that they have this in the bag. Don’t let off on the gas. Get your folks, friends, & fam to the polls.” 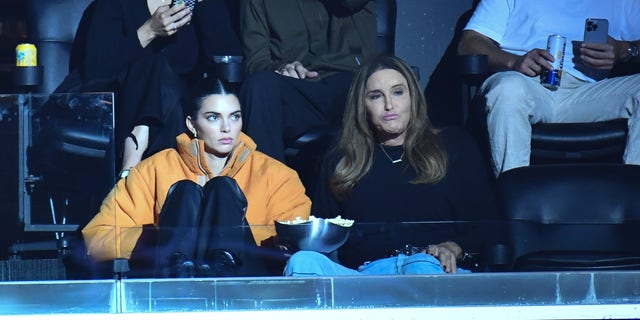 Caitlyn Jenner and her daughter Kendall both addressed the upcoming elections.

The outspoken activist in Caitlyn has made her allegiance to the Republican Party known, tweeting out, “SAVE AMERICA AND VOTE #MAGA,” in reference to candidates that embody the “Make America Great Again” slogan which was originally created by former President Trump.

The supermodel had an alternate agenda, sharing to her Instagram story an infographic from the VoteSaveAmerica account. The illustration shows “ballot measures you should know about” as a potential voter. Some listed topics include access to abortion and firearms as well as the criminal justice system. 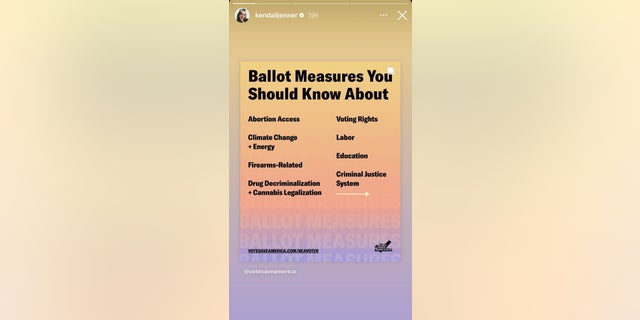 Kendall Jenner shared to her Instagram story an infographic from VoteSaveAmerica, which highlighted some ballot measures voters would be addressing in this midterm election.
(Instagram) 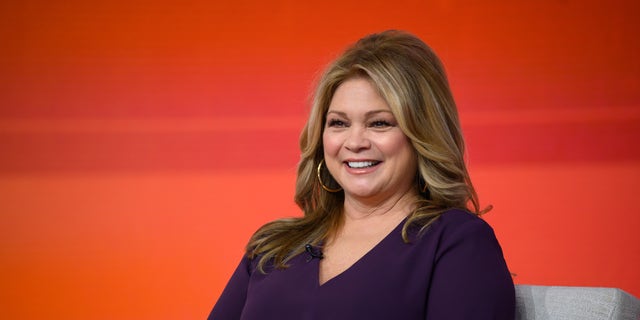 Capitalizing on the purchase of Twitter by Elon Musk, Valerie Bertinelli changed her display name on Twitter to read Elon Musk, although her username is still @wolfiesmom. The actress has shared several posts related to Democratic candidates, one in which she tweeted, “#VoteBluein2022.” 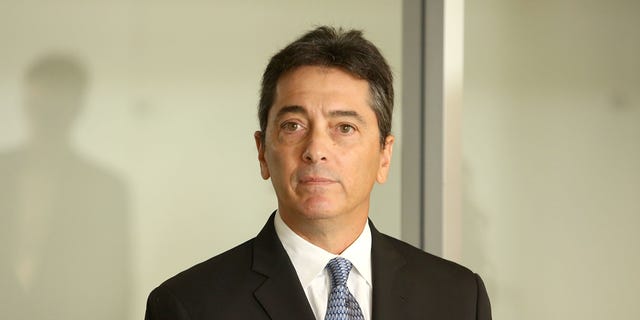 Scott Baio’s Twitter account is full of replies to political oriented tweets. In one retweet from fellow actor Rob Reiner, Baio criticizes him for “telling people ‘how to vote or who to vote for’” instead of just allowing people to vote for whichever candidate they deem fit. 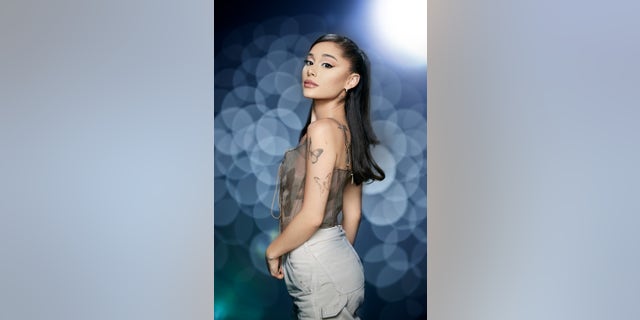 Ariana Grande shared on her social platforms a link for Floridians to register to vote.
(Art Streiber/NBC/NBCU Photo Bank)

Ariana Grande shared a slew of resources predominately for Floridians, where the singer hails from, on her Instagram story. Underneath a post from PeoplePowerFla that discusses a policy on gender-affirming care for trans youth, the Grammy Award-winner linked a website for voters to register to vote. 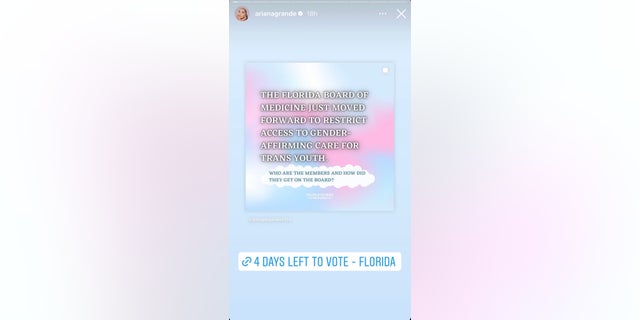 Ariana Grande shared a link to register to vote for Floridians under a post about gender-affirming care.
(Instagram) 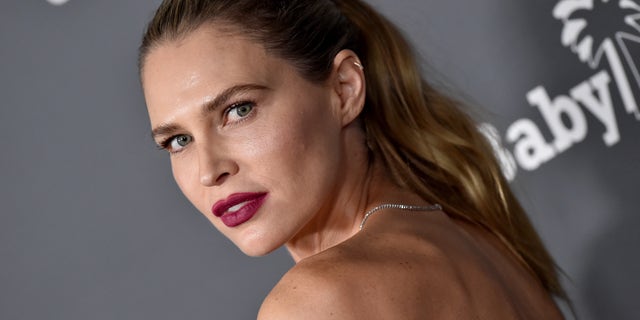 Sara Foster is a fierce advocate for Rick Caruso as the next mayor of Los Angeles.
(Axelle/Bauer-Griffin/FilmMagic)

In an “Ask Me Anything” conversation on Instagram, actress and entrepreneur Sara Foster shared her continued support for Rick Caruso for the mayor of Los Angeles. When asked if she would leave LA if Caruso’s opponent Karen Bass, a current United States representative won the race, she said, “I am born and raised here and I’m 100% certain that Karen Bass is completely unequipped to handle what is happening in this city…I know she is a nice person, but she is not up for it.” 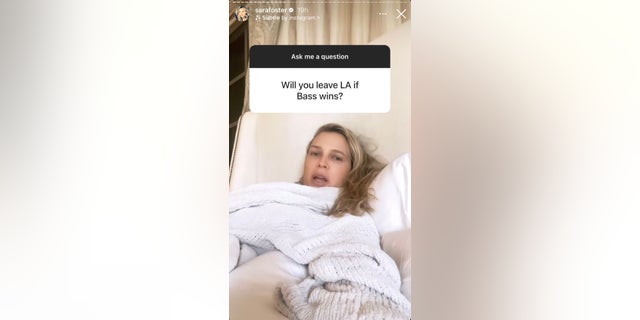 The midterm elections are on Nov. 8.