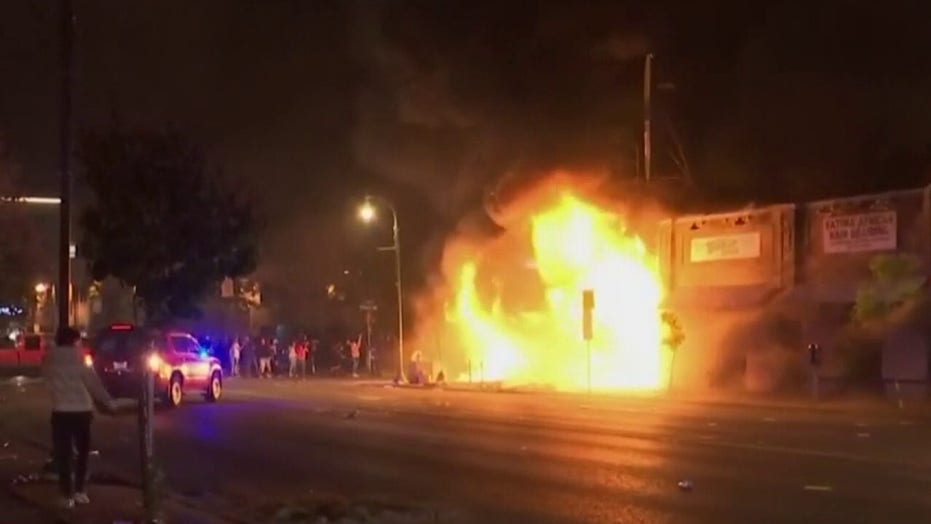 During weekend unrest over the death of George Floyd, Chicago firefighters battled more fires in a single night than they did during the 1968 riots, according to a report.

For a 24-hour period, there were more than 80 fires throughout Chicago, CBS 2 reported. The flames began Saturday in Chicago’s downtown central district before propping up in other parts of the city. 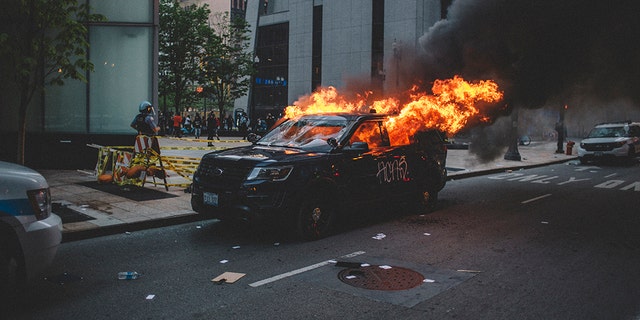 Protesters set fire to a police vehicle , on May 30, 2020 during a protest against the death of George Floyd, an unarmed black man who died while being arrested and pinned to the ground by the knee of a Minneapolis police officer.  (NurPhoto via Getty Images)

Firefighters worked around the clock to battle the flames. By early Monday morning, they had responded to at least 85 calls, according to CBS 2. Many of the calls were from retailers whose business was looted before becoming engulfed in flames.

The hardest-hit areas appeared to be in the West and South Side of Chicago. None of them has been fully investigated partially due to department protocol, which mandates that police must be present on the scene.

The devastation has surpassed what the city experienced during the Chicago Riots of 1968 that broke out after the death of Dr. Martin Luther King, Jr. In a single night, there were 36 major fires.