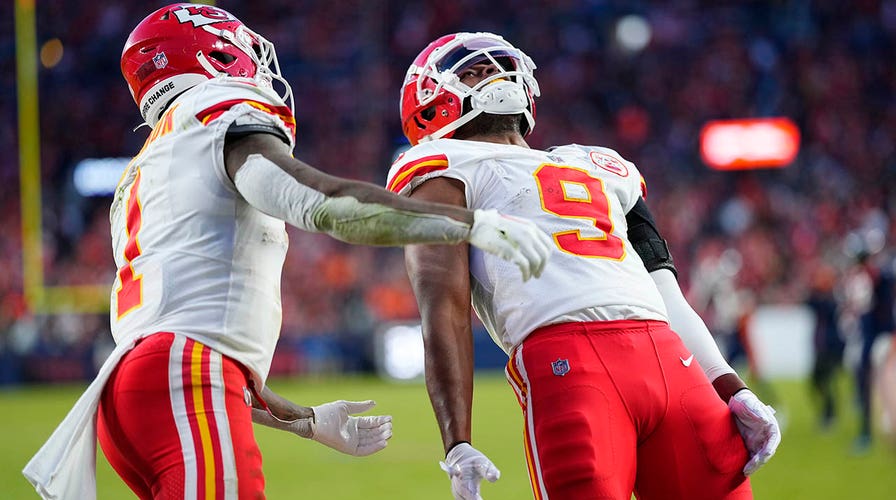 The Kansas City Chiefs came out of the gates hot against the Denver Broncos as Patrick Mahomes stunned NFL fans with a no-look touchdown toss to Jerick McKinnon.

But after the trickery was over and whatever magic Mahomes had subsided, the Chiefs had to buckle down to hold off a charging Broncos team that was itching for an upset. Instead, Kansas City would keep their winning streak alive with a 34-28 victory over their AFC West rival. 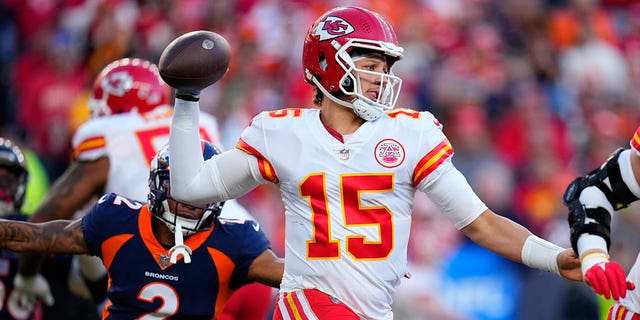 Kansas City has now won 14 straight games against Denver, dating back to the 2015 season. The Broncos last defeated the Chiefs on Sept. 17, 2015, when Peyton Manning was still throwing passes.

The Chiefs were up 27-0 with about 4:32 remaining in the first half, but it was two touchdown passes from Russell Wilson to Jerry Jeudy that cut the lead to just two scores. At the start of the third quarter, Wilson found Marlon Mack for a 66-yard catch-and-run touchdown.

Wilson was playing some of his best football of the season. He was 23 of 36 with 247 passing yards, three touchdown passes and an interception. But as he tried to run the ball into the end zone late in the game, he was met with a hard hit from a Chiefs player. 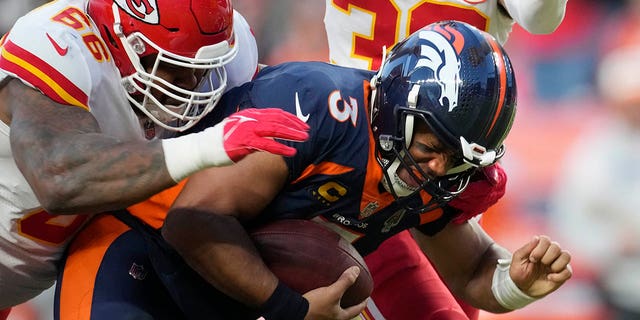 Wilson looked to be in a daze as the cameras zoomed in on his face. He was helped off the field by Broncos trainers and was later ruled out of the game with a concussion. That’s when backup Brett Rypien came into the game and threw a touchdown pass to Jeudy.

McKinnon finished with seven receptions for 112 yards and two touchdowns, including a no-look pass from Mahomes early in the game. Smith-Schuster had nine catches for 74 yards and a touchdown.

For the Broncos, Jeudy broke out with three touchdowns on the day. He had eight catches for 73 yards. Wilson led the team on the ground with 57 yards. 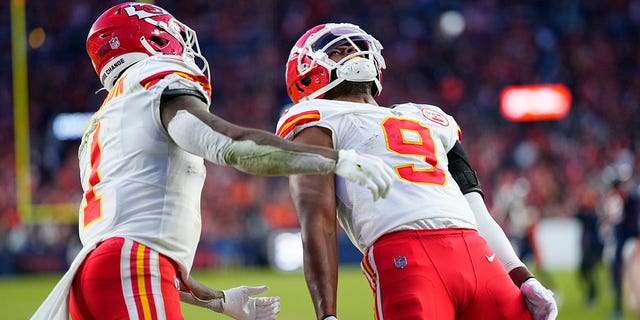