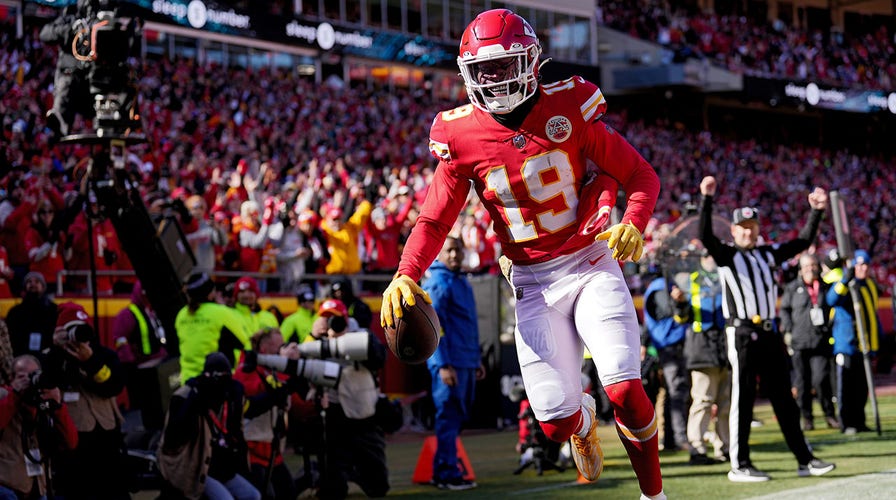 During this week’s episode of the “New Heights Podcast” with brother Jason Kelce, the star tight end was seemingly baffled by the Giants decision to trade Toney to the Chiefs in exchange for a third-round compensatory pick and a 2023 sixth-round selection. 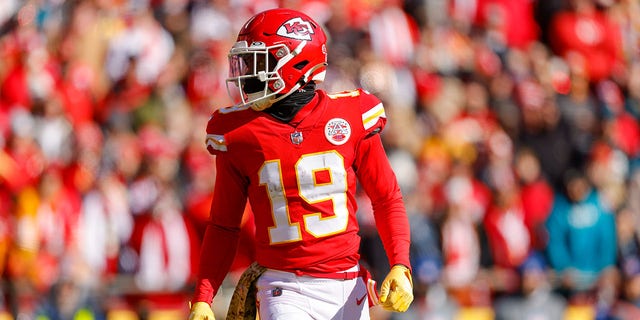 Kadarius Toney of the Kansas City Chiefs lines up against the Jacksonville Jaguars at Arrowhead Stadium on Nov. 13, 2022, in Kansas City.
(David Eulitt/Getty Images)

“No, I don’t know how he got out of that building. I just don’t get it. I don’t get it one bit,” Kelce said. “I don’t understand, I don’t even want to understand.”

“I don’t want to know what happened over there. I am just extremely happy that Brett Veach found a way, yet again, to get an unbelievable, talented player in this building.”

Toney scored his first NFL touchdown in Sunday’s victory over the Jacksonville Jaguars, finishing with four receptions for 57 yards. 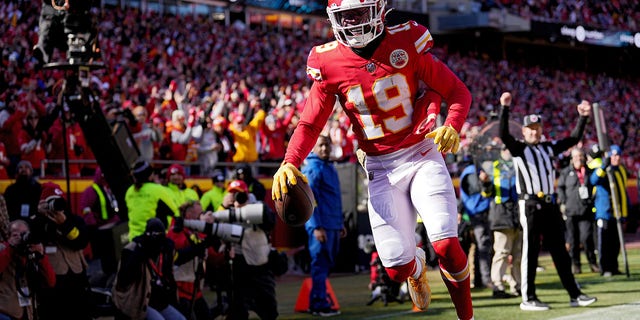 Kadarius Toney of the Kansas City Chiefs scores a touchdown during the first quarter against the Jacksonville Jaguars at Arrowhead Stadium on Nov. 13, 2022, in Kansas City.
(Jason Hanna/Getty Images)

He was drafted by the Giants with the No. 20 overall pick in 2021 but had just 39 receptions for 420 yards and struggled to find the end zone. Injury and his lack of usage raised questions over his ability, but it’s a rumor Kansas City has quickly put to rest. 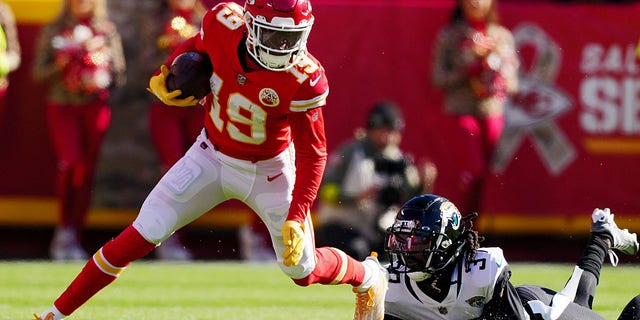 Kadarius Toney of the Kansas City Chiefs runs up the field after a reception in the second quarter against the Jacksonville Jaguars at Arrowhead Stadium on Nov. 13, 2022, in Kansas City.
(Jason Hanna/Getty Images)